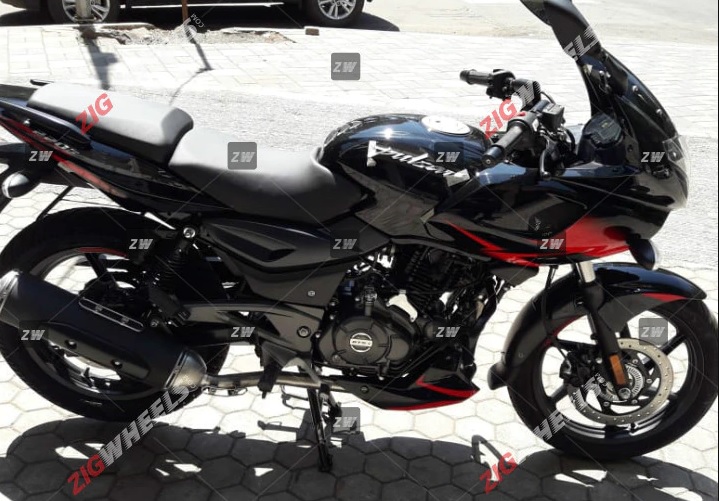 New Pulsar 220 BS6 pics have surfaced from some dealership in India, suggesting that the company has started dispatches of the motorcycle.

It was obvious that Bajaj would take the biggest Pulsar in the lineup into the Bharat Stage 6 era. The Pulsar 220 is the largest selling motorcycle among all big Pulsars in the range which include the newer-generation versions like Pulsar NS200, Pulsar RS200, Pulsar NS160 and others.

According to a recent leaked document, the 2020 Pulsar 220 will become fuel injected and will produce 20.39 PS of peak power at 8500 rpm which is half a PS lesser than the outgoing model. It is also expected to weigh 5 kilos more on the kerb weight which will draw the power to weight ratio down.

In a new update, the 2020 version has been snapped at a dealership. It continues to look identical to the current version and Bajaj has not even altered the graphics and stickers of the motorcycle. The instrument cluster houses various signal lights but the basic layout has remained the same ever since the motorcycle’s launch back in 2007.

The current Pulsar 220 is priced at Rs 1.08 Lakh and this fuel injected variant is expected to cost around Rs 1.18-1.20 Lakh on the ex-showroom prices. Official launch announcement can be expected anytime soon along with deliveries commencement (or they may have already started).