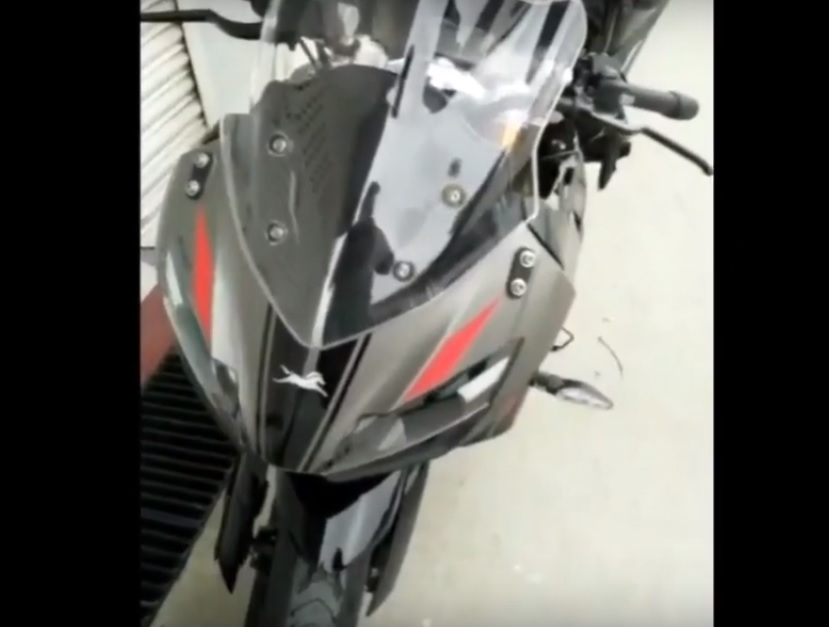 2020 Apache 310 pics (from a video) reveal the new coloured instrument cluster, dual tone colour and a few other bits…

It appears TVS is readying its 2020 Apache 310 as can be ascertained from its recent spy video that has surfaced online. The background suggests that the video has, in all probability, been taken at the Madras Race Track. The camera mounted on the tank is an indication that the motorcycle is under promotional video shoots and/or television commercials.

This means that the final product is ready for production and it could be announced anytime soon. Among the changes, we can notice that it will now adorn a dual tone colour shade (grey and black in this motorcycle). The biggest feature addition appears to be that new coloured TFT instrument console.

Since the smaller Apache 200 has received it, we believe the flagship Apache 310 will also get SmartXonnect which will allow smartphone pairability via Bluetooth. Apart from a host of stuff like top speed, lap timer, fuel economy, etc, it may now also show navigational functionality on the console along with many new features (notice that ‘Urban’ text over the speedo – are we getting riding modes?). There are new buttons on the switchgear and the tyres also appear to be different from the stock Michelins it comes with currently.

It is a given that the 2020 Apache 310 will be Bharat Stage VI compliant and it will be interesting to see if it gets a power/torque reduction, like the smaller Apaches.

According to the video, there will be a major price hike on the motorcycle but we still believe that this is a rumour because exact prices are generally kept a top secret in boardrooms and not usually revealed like this, much ahead of official introductions.

As we discussed the last time, a top TVS official, in a casual chat, revealed to us that the company was planning ‘something’ for 19-20th December but since this slot was occupied (by Yamaha, Hyundai), it postponed it. We believe that ‘something’ was this new Apache 310.