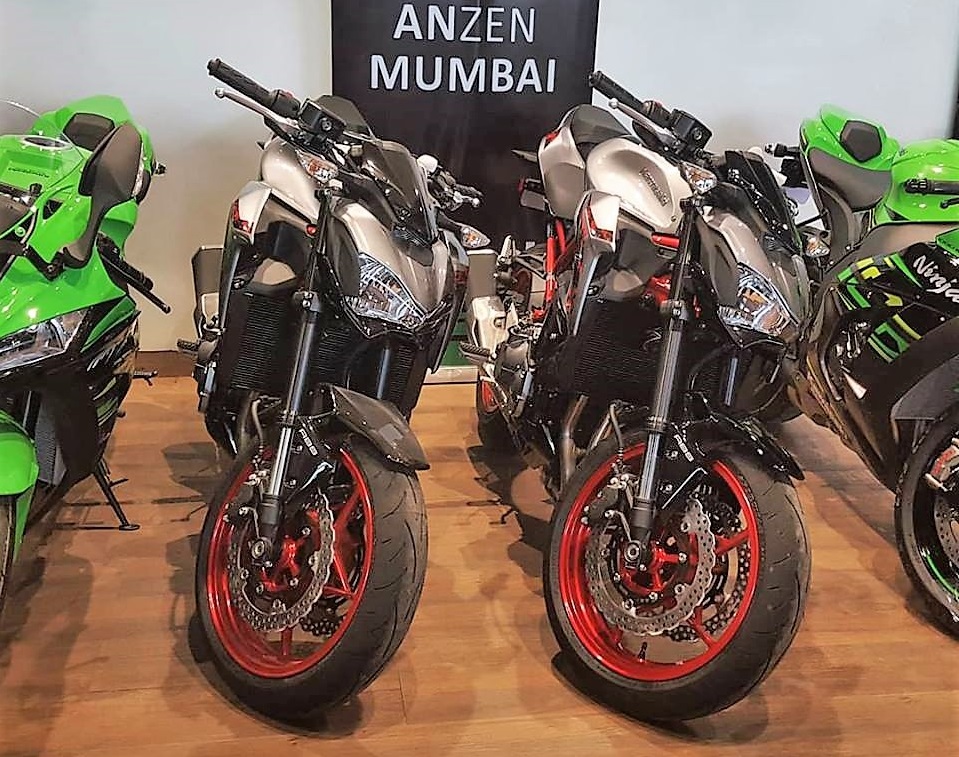 Ahead of the festive season, Kawasaki is busy launching 2019 editions of its lineup. Apart from the new Z650 and Versys 650, they recently also introduced the new Z900 in the Indian market. And just after a few days of the official announcement, the motorcycle has started reaching dealerships. Posted on this page is a pic of the limited edition Moondust Grey colour from Anzen Kawasaki Mumbai.

The new 2019 Z900 gets three new refreshed colours and it has retained its terrific price tag.

The new colours are – Metallic moondust grey/ebony, Pearl flat stardust white/metallic spark black and metallic flat spark black/metallic spark black. All the three colours have been shown on this page. Kawasaki also informs that the Moondust Grey/Ebony will be available in limited numbers reasons of which are not disclosed by the company.

The new Z900 continues to be a CBU (completely built unit) but it still comes at a terrific price tag of Rs 7.68 Lakh ex-showroom Delhi. It must be noted that there has been no increment and its price has remained the same ever since Kawasaki announced that famous slash in July 2017.

There are no mechanical changes to the motorcycle and it continues to be powered by the same 948cc liquid cooled, in-line four cylinder, DOHC, 16 valve engine which belts out 125 PS of peak power at 9500 rpm and 98.6 Nm of maximum torque at 7700 rpm.