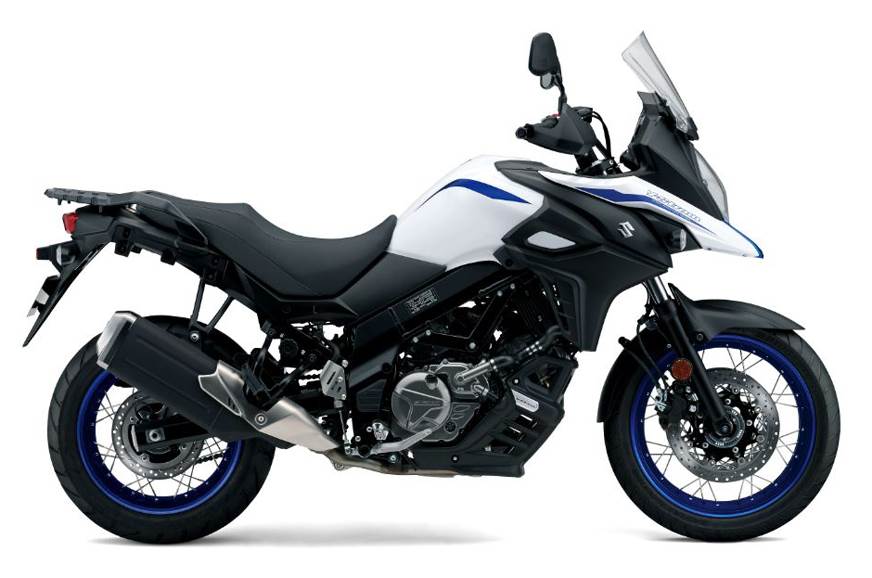 Within three months of its official debut in India, Suzuki has launched the 2019 V-Strom 650 in India. The motorcycle comes with a few cosmetic changes and added features.

Suzuki launched the 2018 V-Strom 650 in India in October 2018. In its latest announcement the company says that they have received an overwhelming response to the motorcycle, however, they haven’t shared any sales/booking numbers.

The 2019 V-Strom 650 continues to be offered in the XT trim which is the more off-road focussed variant in the lineup. As compared to the older version, it now gets the following changes..

The motorcycle, offered in two colour options, Champion Yellow No 2 and Pearl Glacier White, is one of the three big motorcycles that are locally assembled (the other two are Hayabusa and GSX-S750) in the lineup.

There is no change to the price of the new model. As we discussed earlier, this is higher than its competitors but the V-Strom is a more dedicated motorcycle and offers higher degree of off-road prowess.

It continues to be powered by the 645cc, liquid cooled, DOHC, 90 degree V-Twin cylinder engine. Though Suzuki hasn’t shared its numbers but as we understand it churns out 71 hp of peak power at 8800 rpm and 62 Nm of max torque at 6500 rpm.

It also comes with a 3-stage Traction control system with Antilock Braking System (ABS) (which can not be switched off). We recently tested the mid-size ADV and you can read our findings here.