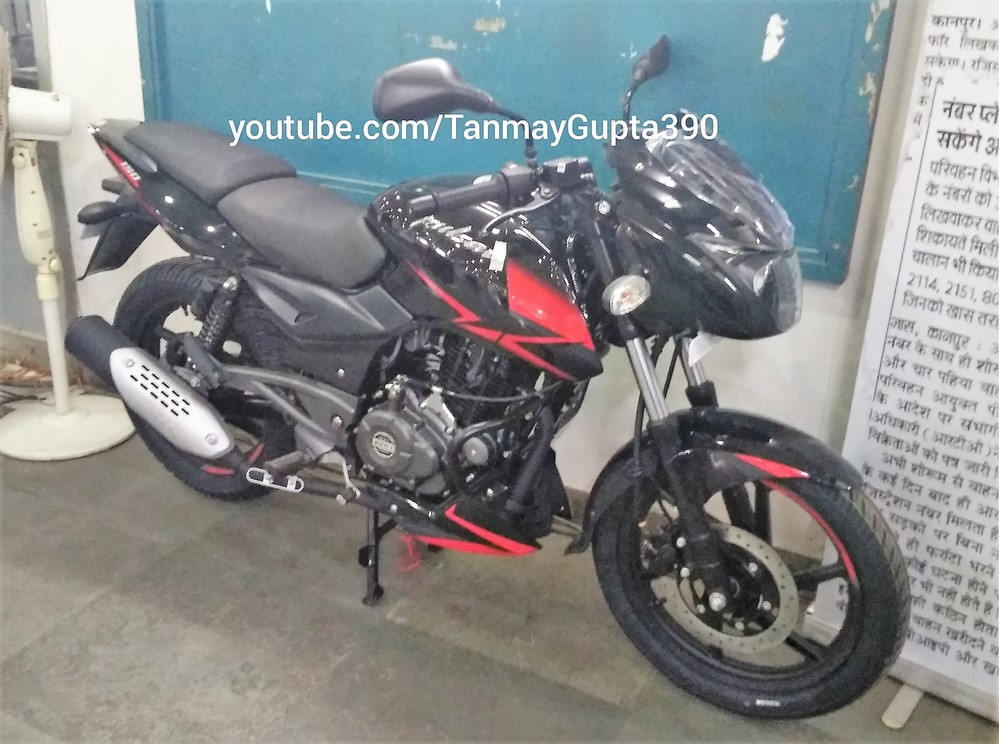 Bajaj was losing it out in the 150cc segment and to counter the fall they branched out two new variants of the existing Pulsar 150 – Classic and Twin Disc. Surprisingly, they have worked for the brand – specially the premium Twin Disc version.

Shortly after introducing it in the market, Bajaj is about to launch its upgrade and ahead of an official announcement, it has been spotted at a dealership courtesy our reader Tanmay Gupta, who has shared a video of the 2019 Pulsar Twin Disc with us. 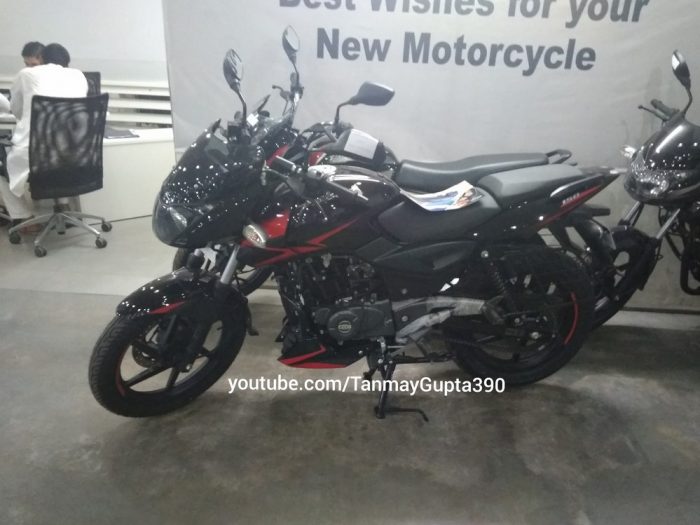 Rest of the stuff appears to be similar and the mechanicals are also expected to remain untouched.

Also, the plan, it appears, is to keep the motorcycle absolutely ready for ABS and introduce the safety tech in the nick to time to adhere to the ruling at the same time not loosing out sales (because of hike in prices)!

Apart from this, Bajaj is already testing the 2019 models of Pulsar 220, Dominar 400 with interesting changes etc.