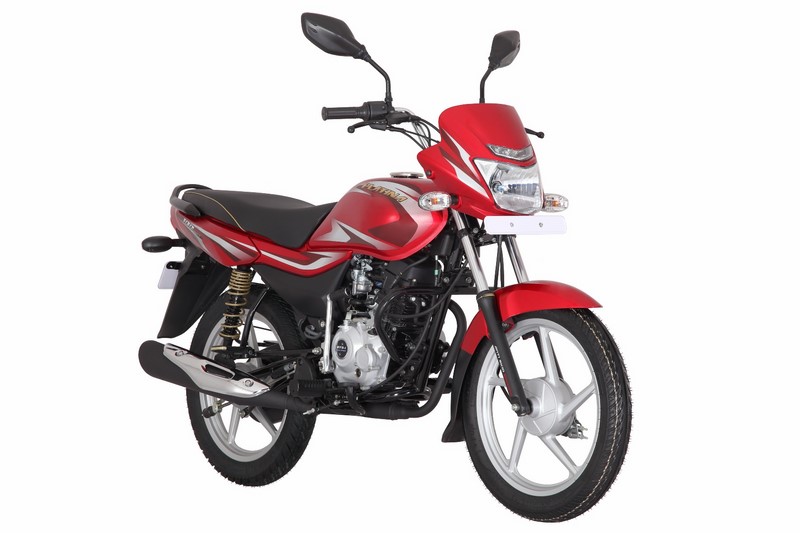 Bajaj has announced the launch of Platina Kick Start in India through a press release we received moments back. So far, Bajaj was selling two variants of Platina – Platina 100 with electric start and alloys and Platina 110 with a bigger engine and higher power.

Apart from ditching the electric starter, the most prominent change in the new launch is the addition of Combined Braking System (CBS) which will make the motorcycle eligible for sale after the March 31st 2019 deadline which mandates CBS/ABS on two-wheelers under 125cc.

Platina is promoted with a ‘ComforTec’ tagline where Bajaj promises 20 percent lesser jerks as compared to its rivals. Part of this ComforTec technology are longer front and rear suspension, spring-soft seat, rubber footpegs and directional tyres (tyres which are meant to be ridden in only one direction).

The biggest USP of Platina KS is its very aggressive price tag. As you can see, despite the addition of CBS, Platina KS costs Rs 6900 lesser than the other models in the lineup. It retains alloy wheels from the higher-spec models.

All the FIVE Changes of Faired Pulsar 180F Listed

The Platina KS CBS is offered in two colours – Ebony black with silver decals and Cocktail Wine Red. Bajaj hasn’t mentioned about any changes to the specs which leads us to believe that Platina KS will continue to be powered by the 102cc DTSi engine which is capable of producing 7.9 PS of peak power at 7500 rpm and 8.34 Nm of maximum torque at 5500 rpm.