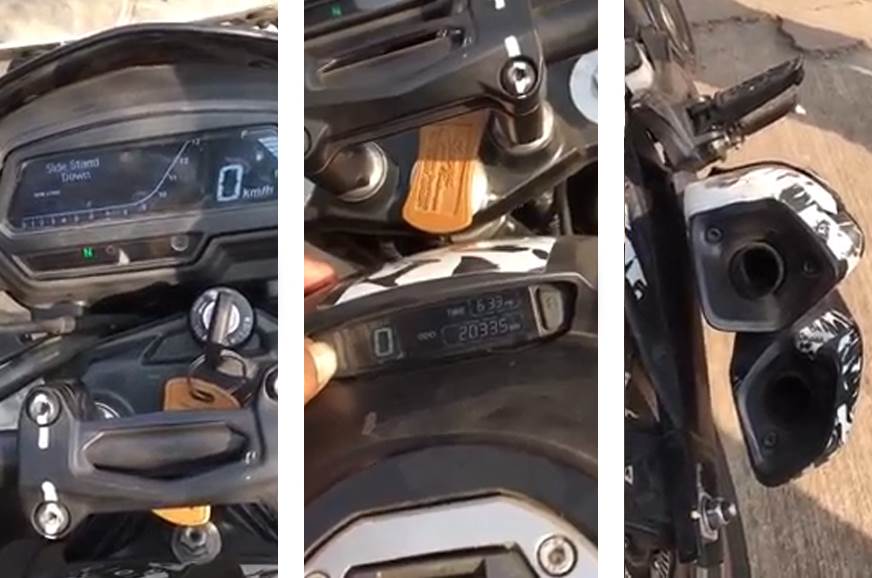 2019 Dominar exhaust note: It is more throaty and the video also reveals new details on the instrument cluster…

2019 Dominar 400 will bring about many new changes in the motorcycle including Upside-Down forks – this is what we know. But what was not known is that the instrument cluster is also going to get lot more comprehensive than the current version.

The new video (inserted below) that has surfaced reveals that the motorcycle now comes with a gear position indicator on the secondary console over the tank, like it was the case with the original Pulsar CS400 concept back in 2014.

It also now houses the odometer as well as the clock leaving the main console clutter free. Instead of this though, the main cluster now displays detailed information in text like ‘Engine Kill On’, ‘Side Stand Down’ etc.

Apart from this, for the first time we can listen to the exhaust note of the upcoming Dominar 400 from its dual-exhaust and it definitely is a lot more throaty than the current version. It also tries to create a difference with the KTM 390.

Facing a lukewarm response to the terrific VFM motorcycle, Bajaj is now lending it many new features and in fact, it may also get a minor power bump as well. Along with this, we expect the motorcycle to come with a price hike of a few thousand rupees as well. Launch, as we see, should be soon – probably within the coming few weeks…