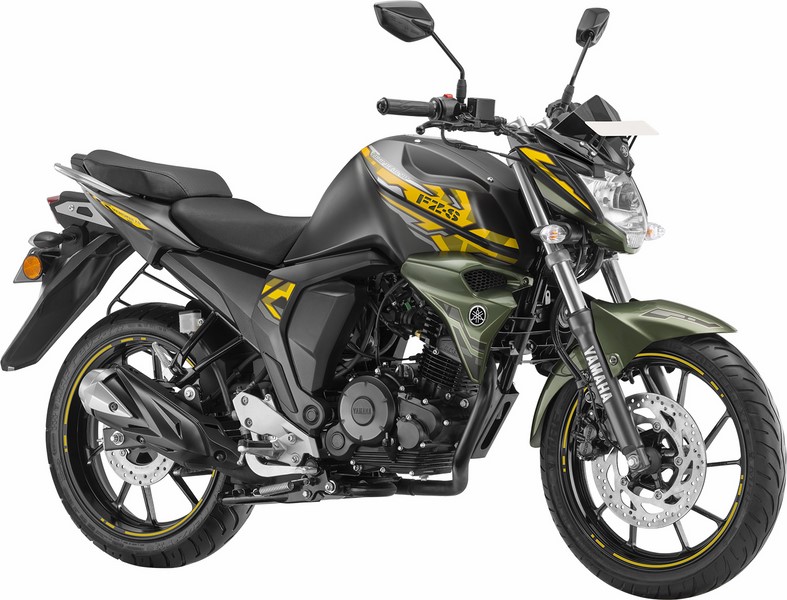 FZS Rear Disc changes are minor but exclusive to this model. ABS is still not on offer though!

Yamaha launched the 2018 FZS in India with rear disc brake as an optional higher variant in the range earlier in January this year. After about 6 months of its first introduction, the company has enhanced its colour palette by adding two new colours.

Initially, it was available only in the Armada Blue colour (which is still on sale) but in addition it also gets Darknight and Matt Green colours. Matt Green is also exclusive to this variant now whereas the Darknight is offered in both the variants.

Let us quickly tell you the changes…

Rest of the motorcycle remains absolutely same. It continues to be powered by the same 149 cc fuel injected SOHC engine capable of producing 13.2 PS of peak power at 8000 rpm and 12.8 Nm of maximum torque at 6000 rpm.

In January, FZS became the first motorcycle to get an optional rear disc brake but now we have a lot of motorcycles coming equipped with the rear rotor (latest example); in fact, Gixxer and Hornet also offer ABS which is missing on the Yamaha!

As you can see, Yamaha is charging a premium of Rs 3000 extra for the rear disc variant. And within the RD variants also the new colours carry an increment of Rs 1000!

Here are the latest prices of the remaining motorcycles in the 150 cc FZ range.

Yamaha has been caught testing the 2019 R25/R3 and have hinted at the possibility of the M-Slaz for our market.