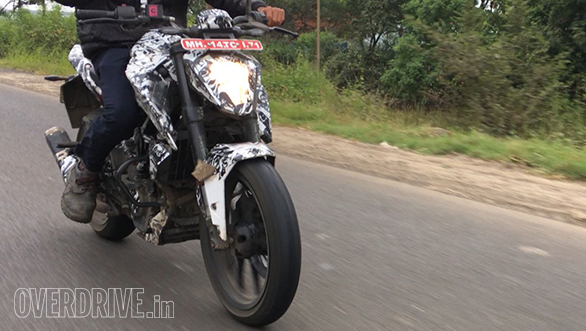 It all started for KTM in India with the Duke 200. With high performance, track focused orientation and an affordable price tag, the bike became an instant hit! With EICMA just round the corner, the bike though is ready to be reborn in a new avatar. While the new Duke 390’s sightings have been pretty common, the Duke 200 has been hiding in secret. But this time it has been sighted in the open.

The images shared by Overdrive reveals that the bike will be following the latest design philosophy as seen on the camouflaged Duke 390s. Here’s the list of changes we could notice: 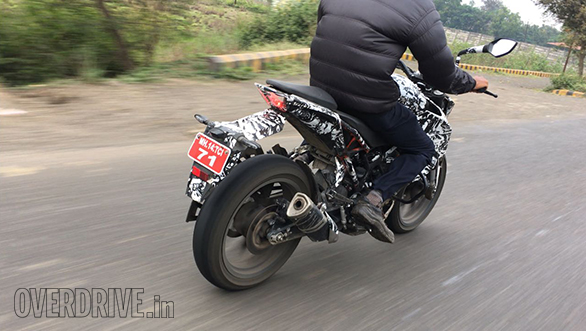 Now brakes have been one section where both the smaller naked motorcycles and an upgrade to them will be greatly appreciated. That’s not all, a major change is in terms of the exhaust system. While Europe set to shift to Euro 4 norms next year on January 1, India, on the other hand, will be moving on to BSIV standards in April 2017. 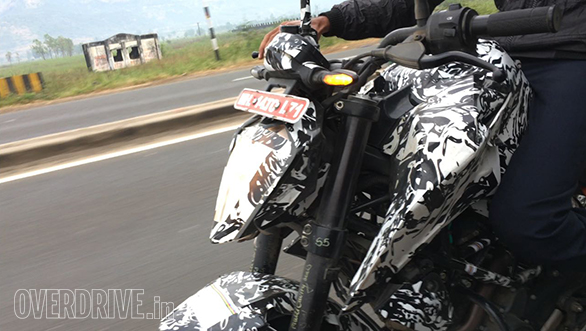 To make this happen, the exhaust system needs to work harder and to make that possible, one needs a bigger canister exhaust. The instrumentation cluster remains similar to the existing version and not the new console seen in the test units of the Duke 390s. Although slight modifications can be expected to make the layout more readable.

Read More: Legend JAWA Coming Back to India & Guess Who is Bringing Them Back!

The lack of ABS in the present version of the Duke 200, even as an option, is a concern and we would love for that to change. What say guys?