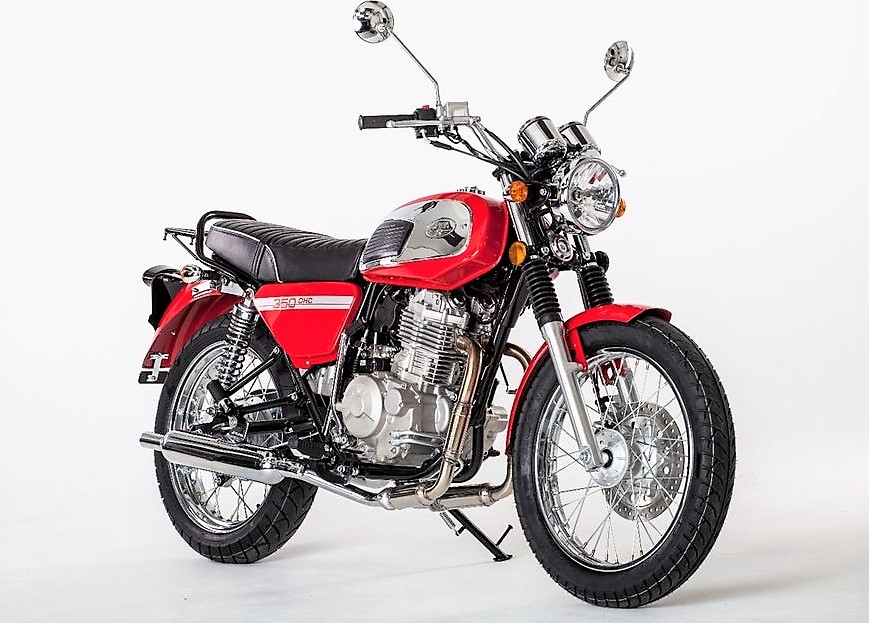 Back in October last year, Mahindra surprised everyone by announcing the acquisition of the iconic Jawa brand (via Classic Legends). More importantly, they promised that Jawa branded motorcycles will be (re)launched in India within two years.

In a latest update, Jawa has launched 2017 Jawa 350 OHC in Czech Republic. This is a 4-stroker and is now Euro 4 compliant. It retains its classic retro looks.

2017 Jawa 350 is powered by a 397.2 cc air cooled single cylinder engine which is capable of producing 27.73 PS of peak power at an early 6500 rpm and 30.6 Nm of maximum torque at 5000 rpm. This motor is mated to a 5-speed gearbox and the motorcycle weighs 160 kg dry. There are unconfirmed reports that this engine is sourced from Chinese maker Shineray and is a derivative of an old Honda motor (XR400).

It also becomes the first Jawa motorcycle to get ABS, has a 280mm disc/160 mm drum braking setup and a claimed top speed of 130 kmph. It is priced at 99930 CZK (Czech Republic Koruna) which is around 2.63 Lakh in INR. 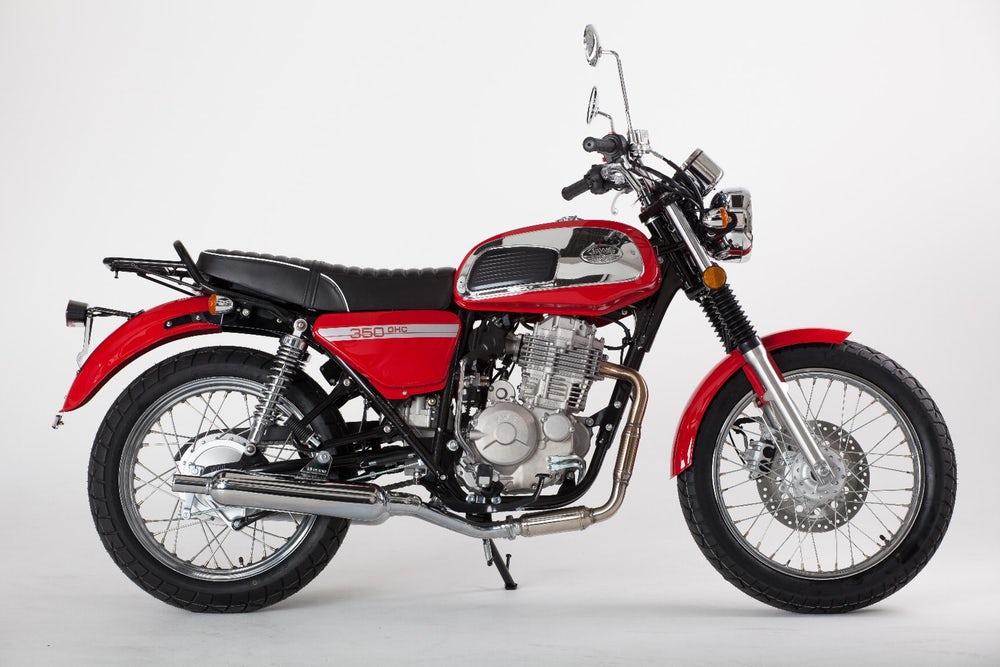 Mahindra has announced that the New Jawas for India will be manufactured at company’s Pithampur plant in Indore.

Now the question is – Is this the first Jawa motorcycle coming to India? Well, the Jawa 350 OHC is confirmed for the European market for now but it is too early to talk about its Indian angle at this point till we have some concrete sneak. But it does look interesting enough to give Royal Enfield some sleepless nights!