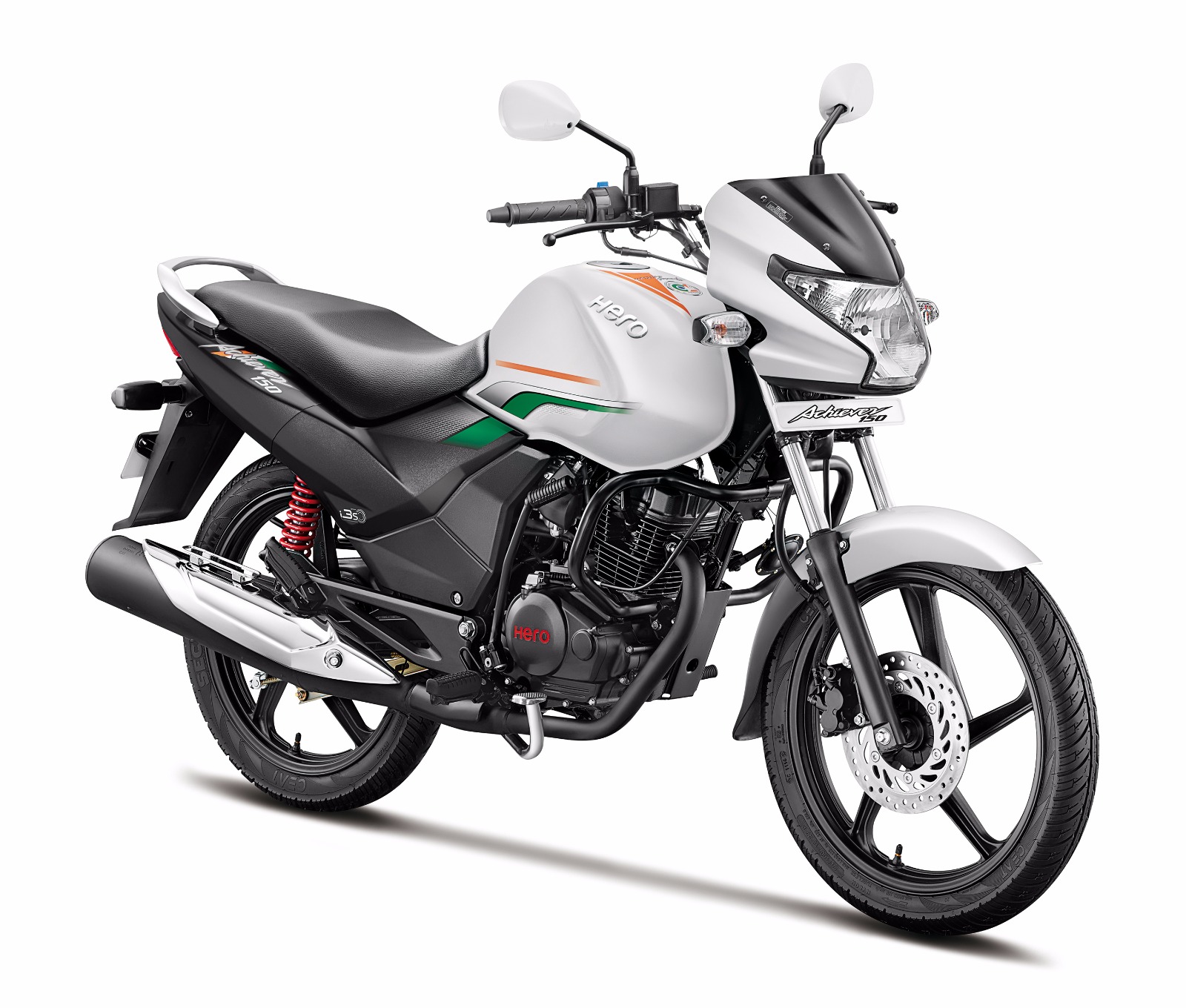 At an event today in New Delhi, Hero Motocorp, the country’s largest mass market two-wheeler manufacturer launched the new 2017 Achiever 150. Claimed to be powered by a new engine (which we doubt), it starts at Rs 61,800 ex-showroom Delhi. So, let us quickly delve into the details of the new launch…

The new 149.1 cc single cylinder, air cooled OHC mill churns out 13.4 bhp of maximum power at 8,000 rpm and 12.8 Nm of peak torque at 5,000 rpm (which is the same as the outgoing model). It also gets Hero’s patented i3S technology which is a first-in-India for a 150 cc motorcycle. i3s is essentially a start-stop mechanism which shuts off the engine when the rider stops for a prolonged period of time (a few seconds that is!), like at a traffic signal. The moment you want to move, the engine comes back to life by a simple press of the clutch. Another important bit to mention here is that the 2017 Achiever 150 conforms to BS4 emission norms. 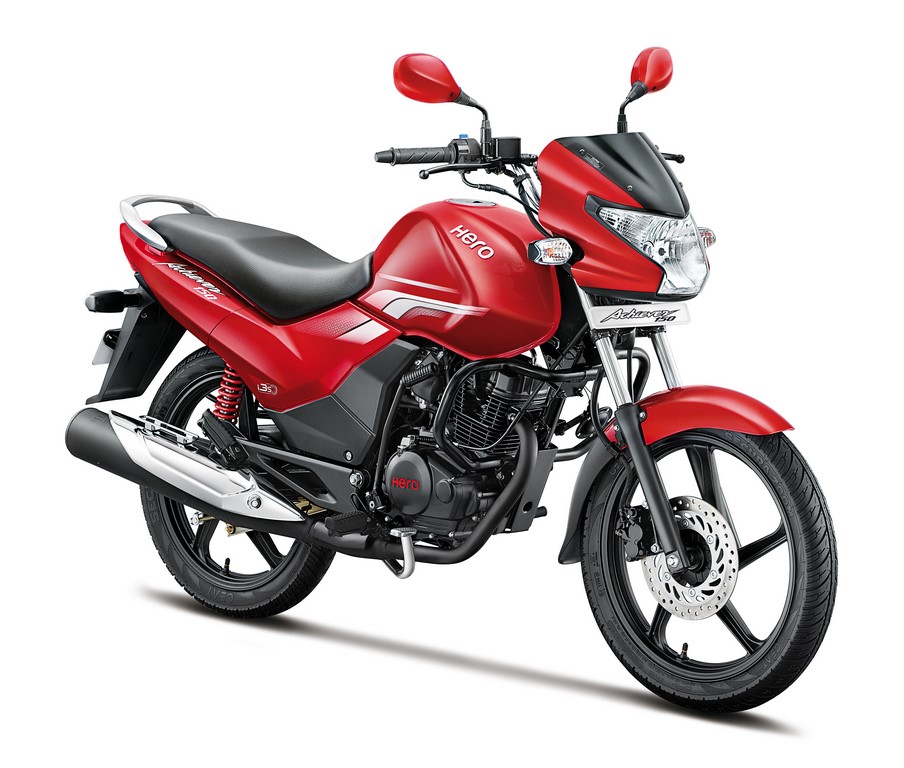 So there is no official claim for how much will the new 2017 Achiever 150 churn out which is a little surprising. However, we connected with the R&D team and they informed that Achiever 150 will be good for about 50 kmpl (more on that later). 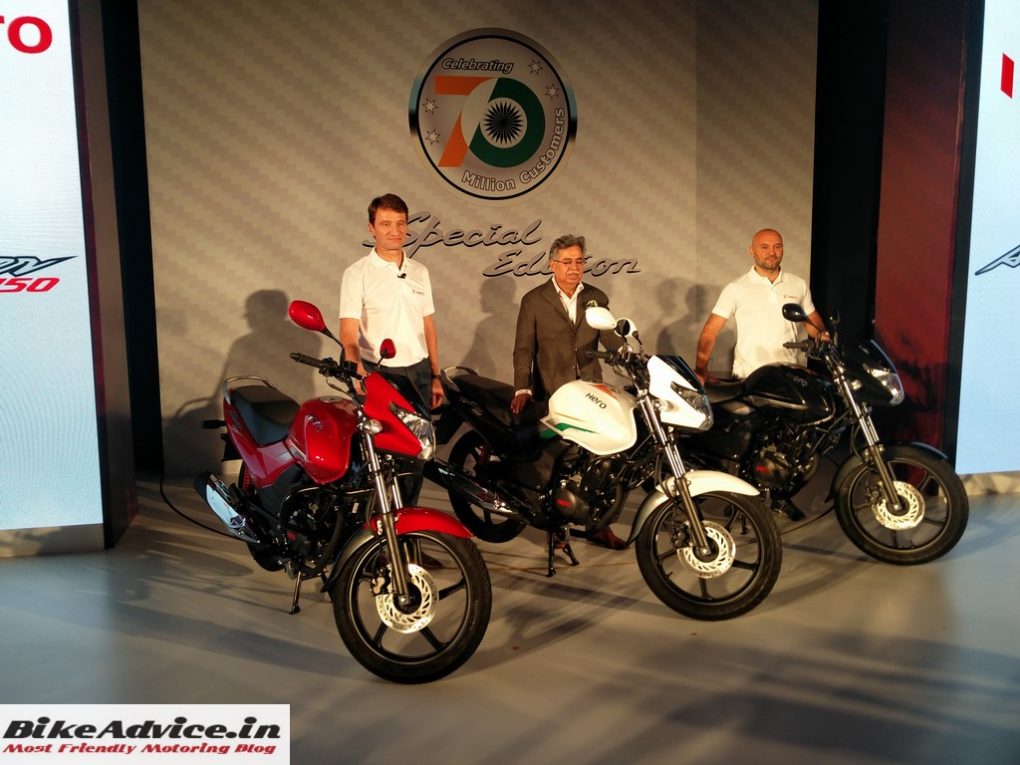 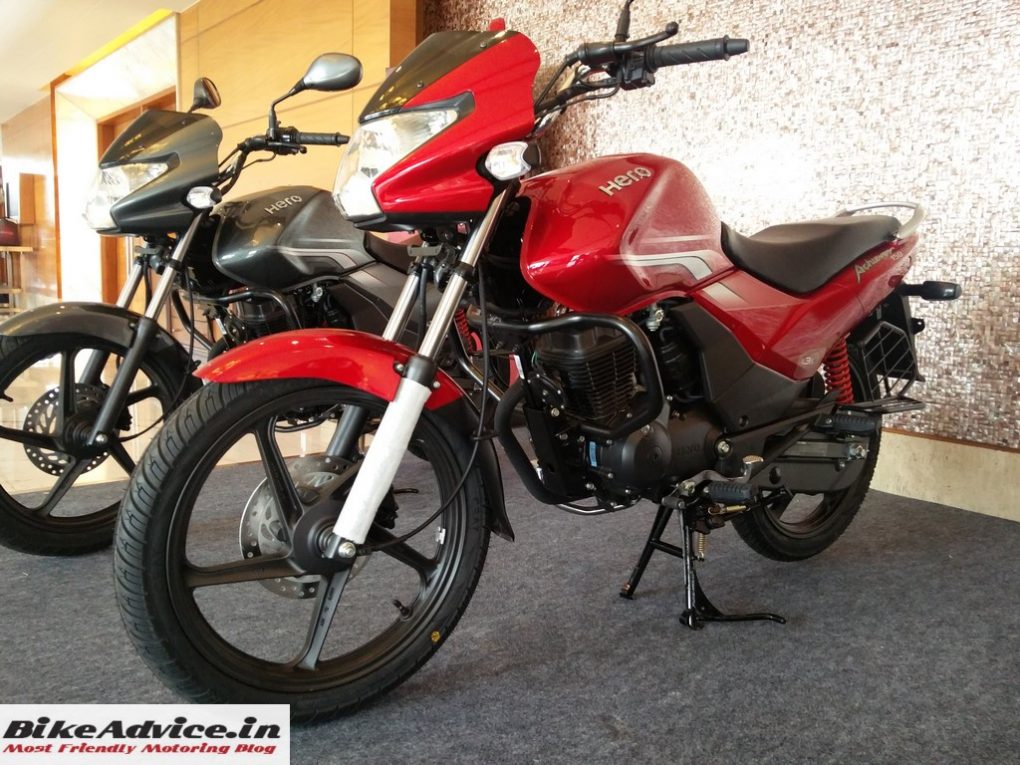 To celebrate 70 million units produced (of all the Hero products ever), which coincides with India’s 70th year of Independence, Hero has also launched a Limited Edition Achiever 150. Painted in Indian tricolour only 70 units of this version will be available in the market. 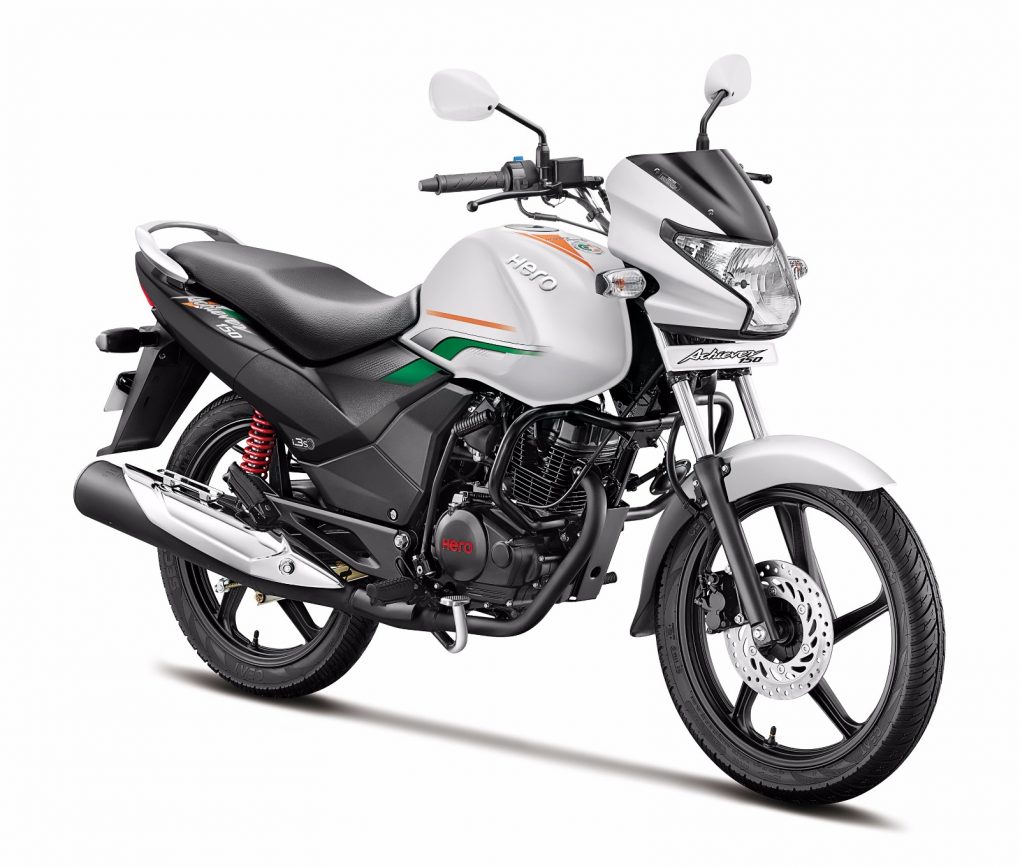 Regular Achiever 150 is available in the following three colour combinations…

Here are the ex-showroom Delhi prices of both the variants .

As compared to the outgoing version (which was available only in a single variant with self, disc and alloys at Rs 61,800) the new Achiever’s comparable version costs just a 1000 bucks more.