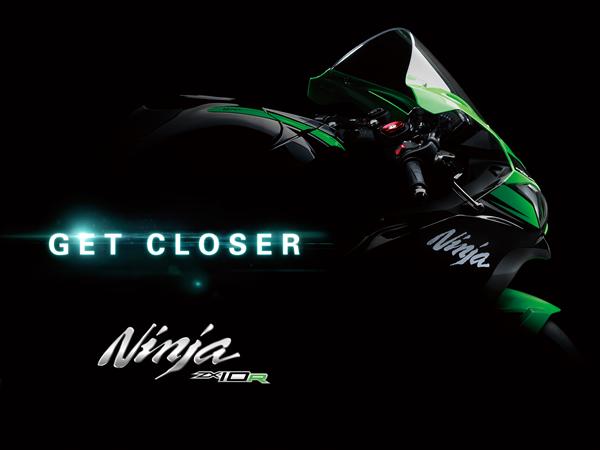 Kawasaki has released a teaser image of the new 2016 ZX-10R which will be based on their 2013 World Superbike Championship challenger. Carrying heavy inputs from the Kawasaki racing team, the new ZX-10R will be unveiled in October at a special event in Barcelona, Spain.

The bike which Tom Sykes rode to victory in 2013 WSBK Championship has been taken by Jonathan Rea this year to great heights and it will have clear direct links with the new ZX-10R. The company goes on to say that the changes may seem very little on the surface but a lot of work has gone into the bike to make it perfect.

Here is what the company has revealed so far about the changes in the new litre class Ninja:

Yoshimoto Matsuda, Project Leader of KHI, goes on to say,

“This is not a ‘clean sheet’ design as the current Ninja ZX-10R is such a good base to develop from. With the new model we have focussed our development resources on an overall engineering and performance improvement. We are proud of the result; it means a significant advance in terms of both chassis and engine performance as well as providing the platform to introduce new, state of the art rider aids and other technology.”

Kawasaki believes that the new ZX-10R is highly versatile with capabilities of being equally at home as a daily riding machine as well as outings to the race track. We, however, hope that in order to make it a daily-rider, Kawasaki doesn’t kill its track instinct!