The Motor Vehicle Act of India (1988) which governs the aspects of road transport vehicles was the replacement of the 1914 Motor Vehicle Act. Sadly, the 1988 MV Act has now, with the passage of time, has become a vastly outdated law with archaic rules trying to govern the modern day vehicles of the 21st Century era. 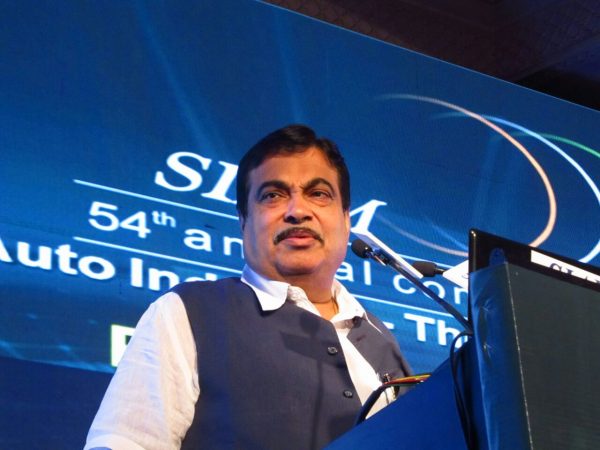 Mr Nitin Gadkari, Minister of Road Transport and Highways, today at SIAM’s 54th Annual Convention has announced that the government will completely do away with the old laws to bring a radically new set of rules to herald the sea of changes which the new government has decided to bring for the benefit of the Indian automotive sector.

Mr Gadkari, with his team, has toiled day and night to form a new model Motor Vehicle Act which is going to be put on the World Wide Web for public review. He has even committed that any positive suggestion which are backed by solid reasoning will be considered.

The team has studied the motor vehicle rules of countries like US, Japan, Germany, UK, Singapore and Australia. They have even consulted with the World Bank to make the new Act more suitable for the Indian automotive industry which has several international players playing a key role.

The new Act will include a major section on safety. Vehicular accidents in India lead to nearly 1.5 lakh deaths each year. New safety measures will definitely help in changing this trend and will definitely lead to a great boost to the lifespan of Indians! The factor of pollution has also not been ignored. Fossil fuels that we are burning at such a high rate are definitely one of the key reasons for air pollution.

Introduction of bio-fuels, ethanol based fuel, hybrid and electric vehicles will be the major initiatives which are planned to be kept under strong focus. Introduction of advanced international technology will be a further addition which will help in bringing world class fuels, materials, and safety norms to India.

The emphasis on electric and hybrid vehicles may seem to be a very encouraging concept which will help in reducing air pollution, but the change seems to be only a short term one. Unlike European nations, India is still sadly a nation which depends on burning coal and other fossil fuels for producing nearly 65 per cent of its electricity needs. Electric and hybrids will definitely lead to an increase in demand of electricity. How do we plan to fuel this new demand? Hopefully the new government will bring in more radical changes to the process of electricity generation to solve this issue.

With a bigger hope for a practical change (rather than the ones only in books), we await the new Motor Vehicle Act!