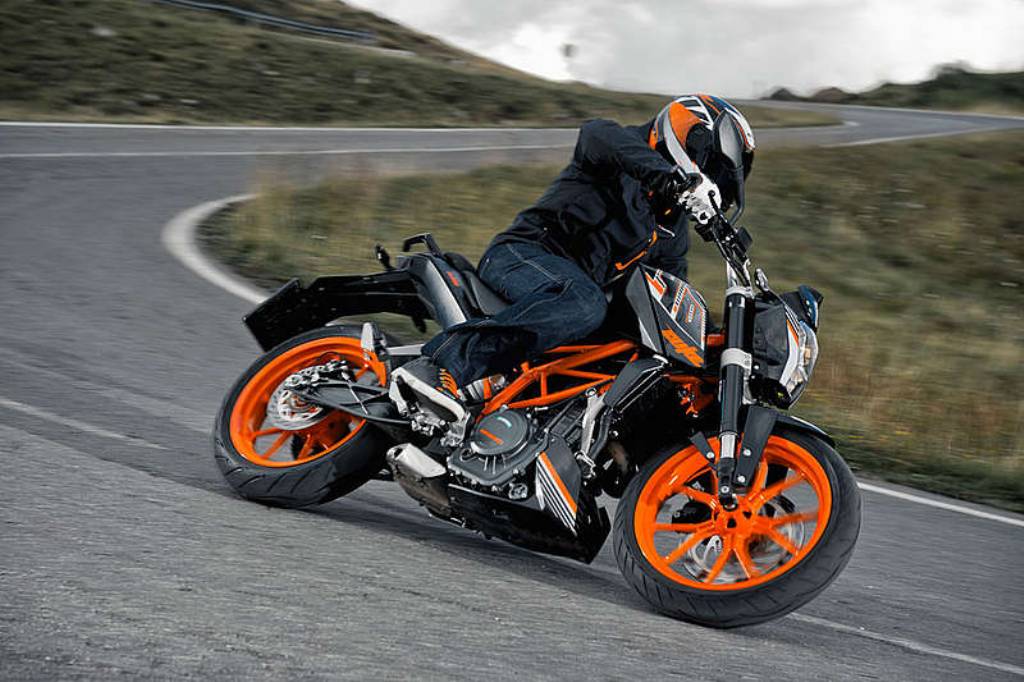 A welcome news from KTM is that it is coming out with a choice of colours for its 2014 edition of 390 Duke. This time its black and most probably it will be available in our showrooms early next year. The Duke 390 in black looks leaner (in the photographs) than its white counterpart and it also will stand apart from its smaller sibling the 200. In our hot and dusty climate one could hope that it would hold its sheen longer as compared to the white colour. 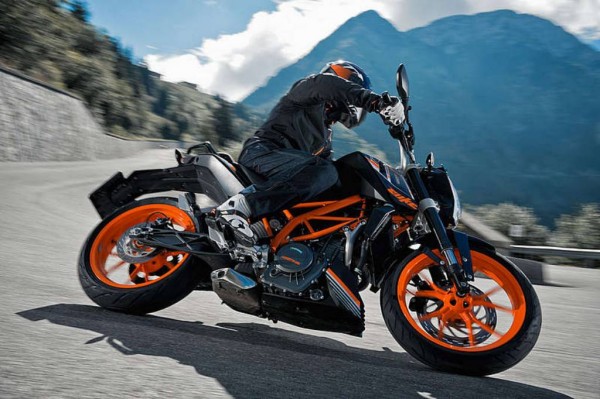 Presently, there isn’t much to differentiate the bigger 390 from the 200. And that matters. I remember the days when I bought a brand new Pulsar 180 and people around me couldn’t see for the world what’s the difference. It was annoying. The Pulsar 180 and 150 looked identical but for the decal that claimed that it had more power; that and the fatter rear tyres. The smarter bought the 150 cc, wiped out the sticker that said 150 and plonked in a fatter tyre. I paid 12 grands more and did the advertisement for Bajaj to tell everybody that I have a 180.

KTM must make the 390 stand out and this is one step in the right direction. The tubular steel space frame will still have the ubiquitous orange color. The bike remains unchanged otherwise with its lightweight 375 cc water-cooled single capable of ‘fun’ 44 hp.

We have not had any official word as to when the black 390 will or may be out. It should be made available in India considering we are one of the homes for 390 Duke. It should also cost the same as the current 390’s 1.8 Ex-showroom!

So will you… White or Black..?

Also Read: What Are These Mysterious KTM Adventure Motorcycles Doing In India??