Earlier we’d been reporting about all the Indian bikes going for upgrades. But now, the situation is flipped. All the major International models have now taken that major step. Yamaha’s flagship model, the YZF-R1 is now ready for an upgrade. 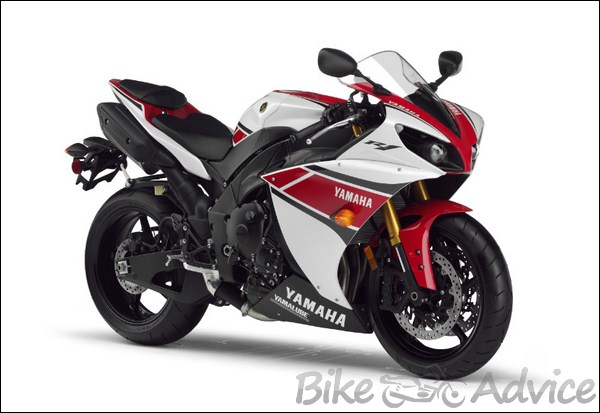 The 2012 model has got new graphics onto its body which is slightly different and more gorgeous when compared with its older version, which is the present one. But, this is not the hottest topic among the sportbike fans. The inclusion of Traction Control is what now differentiates this model from the rest of the sportbikes. The traction control that is incorporated in this model is a six stage traction control. However there are a few sources which also mentions that the nose of the bike is slightly changed to differentiate this 2012 model from the 2009-2011 model.

However, the basic structure of the bike remains unchanged and is still immediately recognizable. MCN states that the sources from the company insiders have said that the basic design will remain the same atleast for the next two years. The six stage traction control becomes standard in this new version of this existing bike. The Power-mill of the bike remains the same with absolutely no change. It’s the same 998cc, Liquid cooled 4-stroke DOHC engine that powers the bike still.

Out of all the changes, the following are the most visible changes.