Very soon we are all set to have hell lot of 250 cc bikes in India. We had posted a write up off late that Garware Motors had announced to launch 250cc bikes in India. Here we got some pics of Hyosung GT 250 clicked in some undisclosed location. Thanks to tmcblog for publishing these pics, because that’s where we got these images from. 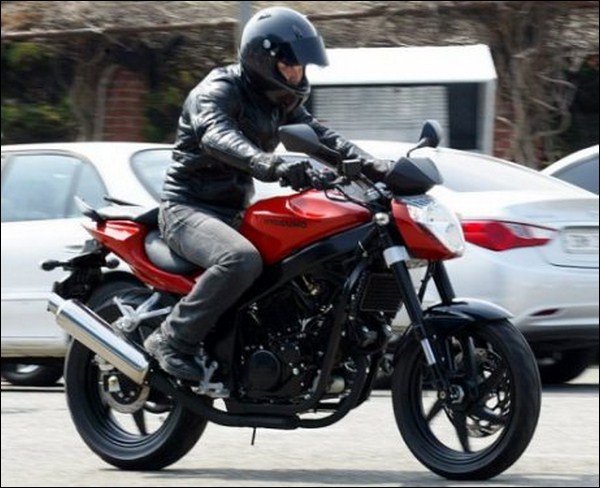 The GT 250 is a naked bike unlike the GT 250R which is basically a sport bike. The images suggest that it would be pretty similar to the bigger FZ in terms of Headlamp design. But its a little different in terms of the outer tiny fairing offered around the headlamp.  A close observation at this point can make readers go nostalgic. Wanna know why? It looks very similar to the Hyosung Comet which played a bad first innings in India.

The fuel tank is exactly the same from Comet. The seats are perfectly inspired from the Hyosung GT 650R. The split seat looks cool and hope the bike comes out to the market in the same way shown in the pics. The tyres though not as fat as FZ’s, looks pretty wide enough to offer a decent road grip. 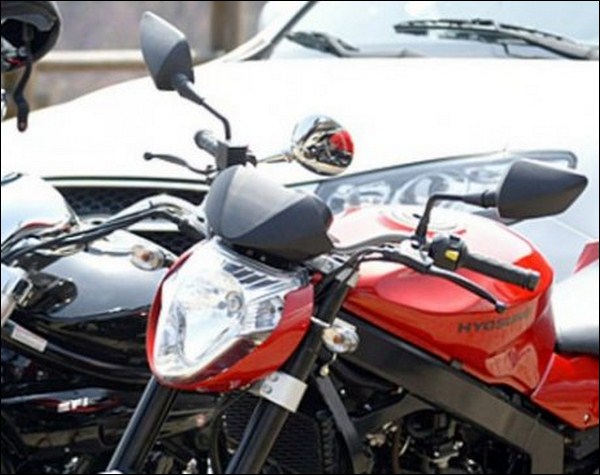 What attracted me immediately towards this bike was the front part of this machine. It looks really cool and stylish. This bike is also macho looking, which is the prime design criteria for any naked bike.  The exhaust is trendy and makes me expect some good beat from it at a higher RPM range. The riding position appears to be very comfortable as seen in the pic.

The GT 250 is most likely to be powered by a 250 cc V Twin engine. If that is gonna be the case, it will again compete with the Ninja but in the 250 cc category after a not so good competition on the 650 cc cadre with the Green machine. 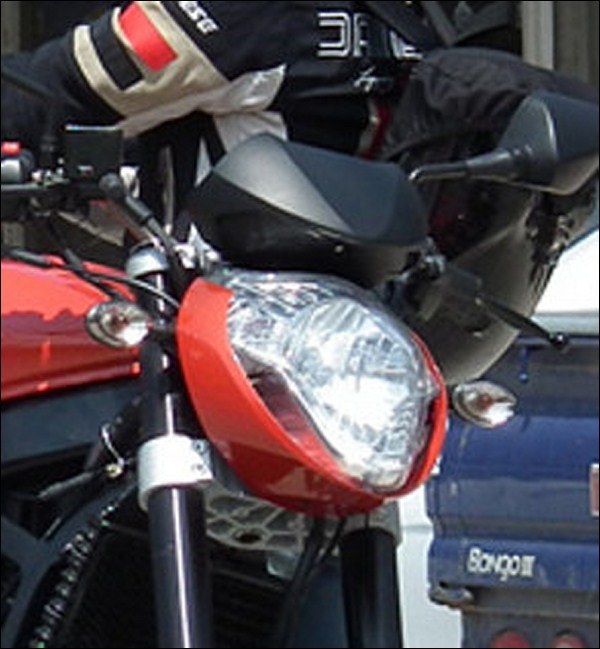 But the later part of the title is the question that is left unanswered. Hyosung’s 250 cc bike for India should be here in less than a year’s time. It can so happen that the company reveals its bike in the 2012 Delhi Auto Expo. (I am very certain the forthcoming Auto Expo is sure to rock).  Also, this can be the one which would be heading to India. Let’s wait for some more time for the company to let out some more news. 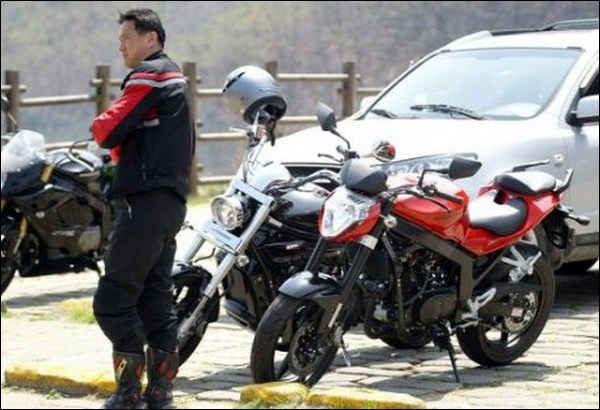 Hyosung has already experienced the bitter taste of pricing its bikes high. So, this bike has to be priced competitively and the company had also revealed this pricing fact earlier. Expec the price to be priced at around 1.8 to 2 lakhs. The price might be higher than the Honda CBR 250R owing to the fact that it sports a twin cylinder engine.

Also, there are chances that the company offers both the models GT 250 and GT 250R in India so as to increase its market presence over here.

Lets hope for the best from Hyosung this time and see what the company is really capable of.