The CBR1000RR is one of the flagship model from the stable of Honda, which is a perfect sportbike by itself. It has won various accolades and has proved its potential in various magazines, websites and blogs when it was made to compete with the rest of the fierce competitors from various other brands. 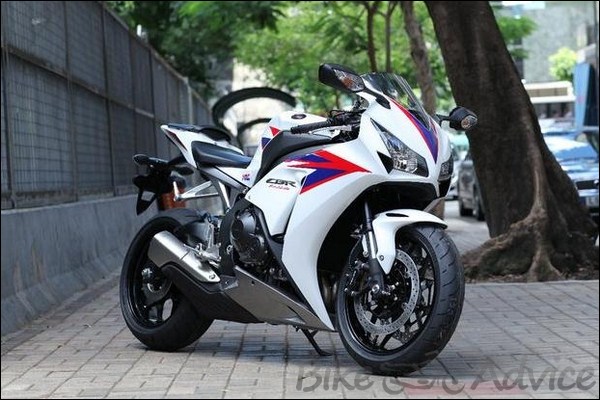 The images and a few details about this all new version of the existing bike is out in the net. The innovation and the surprise routes right from the chassis of the CBR1000RR. Honda has made use of Big Piston Fork technology, complemented by Honda’s ‘Balance-Free Rear Shock.’ The company has however not explained in detail, the concept of ‘Balance-Free Rear Shock.’ It’ll be explained only when the company calls for a press meet internationally to unveil this bike.

The reason for the big hit of CBR1000RR worldwide was because the bike never made itself synonymous with class horsepower title, but rather the bike was truly rider friendly, irrespective of being used in the road or on the race track. The 2012 version of this bike will also probably keep the spirits high when it comes to rider friendliness.

The engine is expected to have undergone no surgery and is hence anticipated to churn out somewhere around 153-horsepower and 78 lb-ft of torque. Motorcycle-USA.com has reported, ’What Honda has done historically is used an excellent chassis, confidence-inspiring handling and light weight to its advantage on both the street the track’ about this bike which hypes the anticipation of thus bike all across the globe.

Coming to the suspension of this bike, the 2012 Honda CBR1000RR is more likely to house an advanced rear shock which will involve a double-tube design. This will bring the best of the suspension ability for the bike, thereby offering great comfort to the rider and to the person in the pillion as well. The front shocks will house an inverted 43mm telescopic front fork with Showa’s Big Piston technology. This will also aid the bike in its braking ability.

The section which has attracted major facelifts is of course the styling cues of this bike. The front cowl which houses the headlamp fairing has gone too aggressive in terms of its looks. The wheels now houses 12 spoke alloy making the bike look too hot than its elder sibling, apart from making it sporty as well. The images were first circulated in Japan and the fans of this bike have offered mixed comments for its new headlamp fairing, which is considered to be the major attraction of this sporty beast. The side panel of the fairing also has undergone a beauty treatment. Apart from all this, it is more likely that the instrument cluster of the previous version  (which is the present one) has also underwent drastic changes. What is expected to be found here is a new multi-function racing style LCD to offer the cool look and to make it utilitarian too. 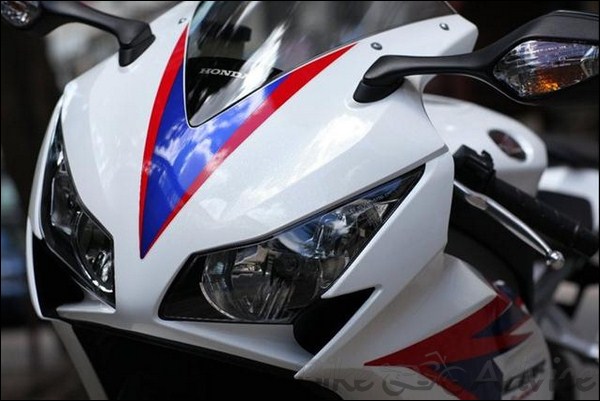 Honda will offer the CBR1000RR as a C-ABS version, but with few mandatory upgrades like the traction control, which now every single super bike maker offers as part of the standard package.. With a base price tag of USD13,800 and USD14,800 for the C-ABS model, it is to be noted that the 2012 Honda CBR1000RR is only gonna be USD400 more than last year’s bike. Also, the Pearl White/Blue/Red version will really make it look unique when compared to the basic red or black schemes which has become way too boring, especially for this particular machine.

How do you like the 2012 Honda CBR1000RR? Are you impressed with the new styling cues and other minor upgrades that this bike is incorporated with? Leave your comments in the form of words below.