Greetings! The world of motorcycling is turning into more of a premium segment as each day there is whole lot news about some other premium bike be it from Ducati, Honda or some other brand. The world has certainly grown into premium arena of bike and manufacturers are thus keen to roll out new improved sporty muscular bikes every now and then. The bike that is the center of discussion today is none other than one of the most awaited and internationally reputed Honda CBR1000RR Fireblade. The reason the bike is in news because of its first pictures and video. 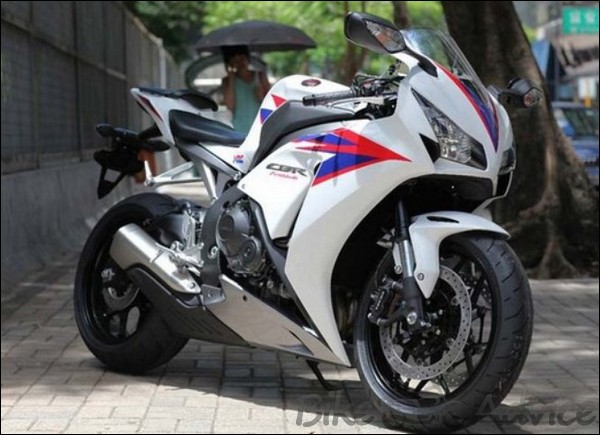 2012 Honda CBR1000RR Fireblade is probably one of the most scouted after bikes in the world arena. Previously there have been many speculations regarding the machine but now almost everything has come out of the fog. The 2012 CBR1000RR Fireblade is not going to be propelled by a V4 as was expected by many. Rather the engine will remain the same as in current model. News also has it that the bike may not use extensive technology for at least 2012 model but power and efficiency may marginally find its way up.

Now lets move on to the looks of the bike. 2012 Fireblade has got great muscular looks as they seem to be given a slight face lift than the previous model. The design of the bike has been fine tuned making it sharper and angular. The bike sports a new front which has sharp ends accompanied by new headlamp design and more elongated mirrors. Other features of the bike include bigger forks, new instrument panel, new rear suspension and new lighter wheels. The bike is also being offered with a C-ABS as in the current model, but it will not come as a standard fitments. Though nothing officially has been said by Honda, yet one may presume that the company will come up with advanced version of C-ABS and dual clutch transmission. All in all, the bike looks good and one can tell that Honda did a good job.