Guys Rejoice! The wait is all over now. Enough of spy pics caught here and there. The date is all set. That means the launch is confirmed. By the way, what am I talking about? Kudos for guys who guessed it right. Yes, I’m referring to the 2011Yamaha R15 – The bike which has earned immense speculation for the year. 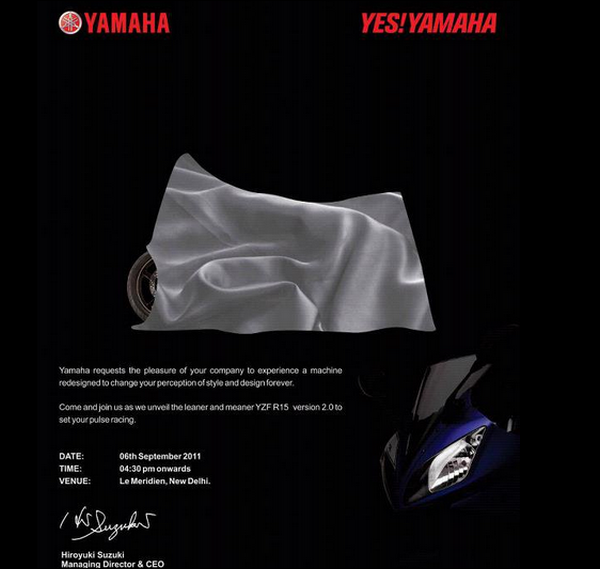 The official Facebook page of the 2011 Yamaha R15 has confirmed that the bike is due for launch on 6th of September for which there is only less than 3 weeks left. The bike will be launched in the capital city. This is all that the invitation says.

However, there is not any news released officially about the Engine upgrade except the rumours in the industry which says that the engine is tuned to produce a max of 22 Ps of power, which to a greater extent is likely to be true.

So, for all those who are interested in booking R15 now or this month, wait for few more days for you’ll be able the own the next generation model.

Disclaimer: Neither BikeAdvice nor the writer is responsible for the authenticity of the image and the news.