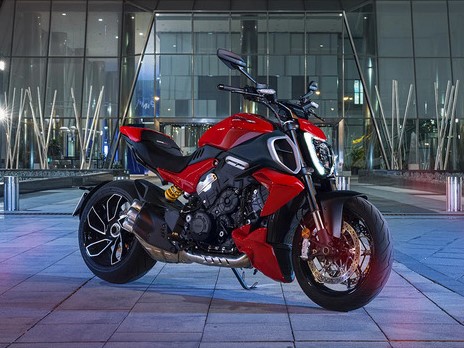 Ducati strapped the V4 Granturismo engine, which also powers the Multistrada tourer machines, to the new Diavel to add more muscle to the muscle-cruiser.

Ducati have announced that the 2023 Diavel V4 will reach the dealerships in the European market by January 2023 and the U.S. dealerships by February 2023.

We are expecting Ducati to bring the 2023 Ducati Diavel V4 in India somewhere in the second half of 2023 with specs very similar to the International model.