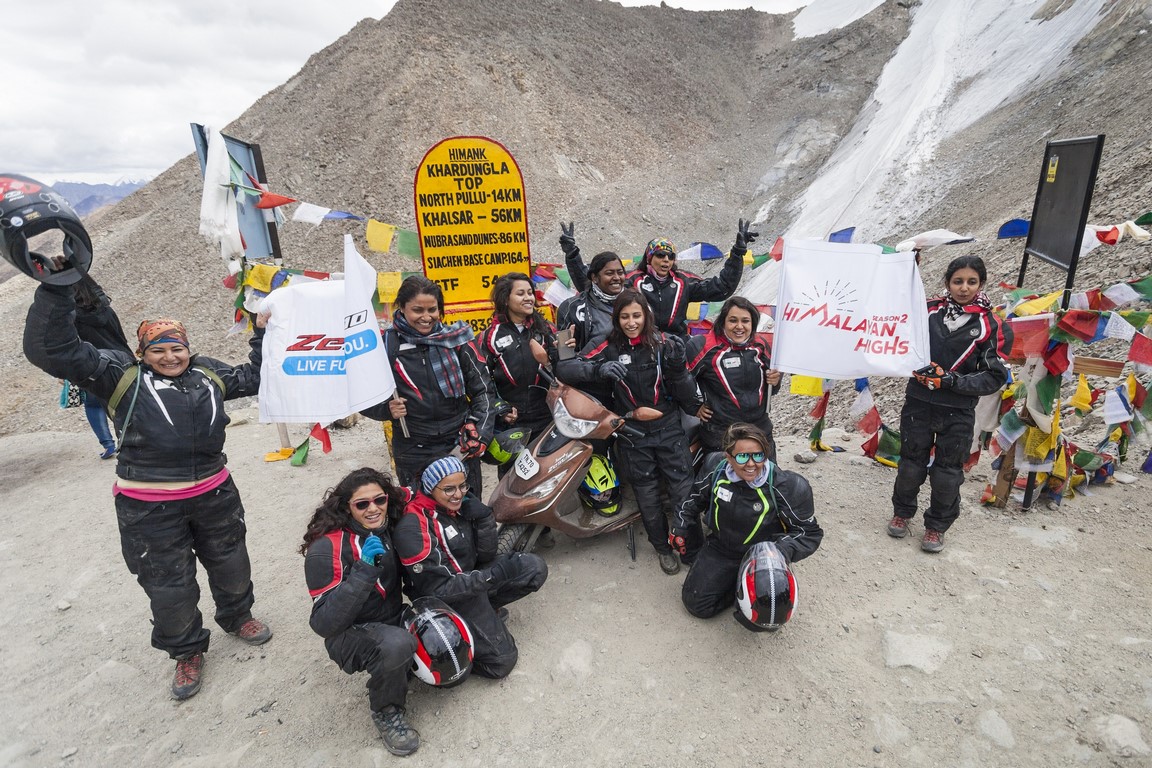 TVS has been a brand which has been the talk of the town in the arena of motorsports for more than 3 decades now. Their sales volumes for the Apaches are showing healthy growth and the new Victor as well has been the attracting attention. However, that’s not where they want to be limited at. They have successfully completed the Himalayan Highs Season 2, which saw 11 women riders ride to Khardung La on the TVS Scooty Zest.

The group earned laurels by entering the India Book of Records for being the first group of women riders to reach Khardung La on an 110 cc scooter. The team was led by the country’s one of the best stunt riders, Anam Hashim. 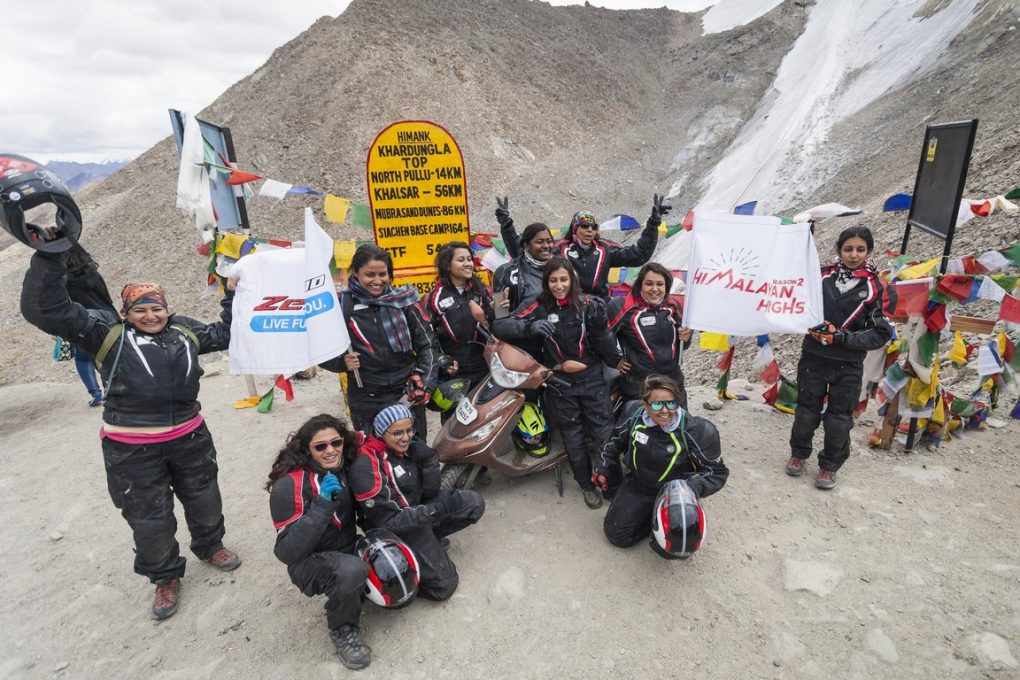 The group was flagged off on August 11 from Mandi in Himachal Pradesh. They successfully reached Khardung La on August 21 which is located at a height of 18,340 feet. The manufacturer decided on attempting this feat after the tremendous public response which they got following Anam’s solo ride to Khardung La last year. 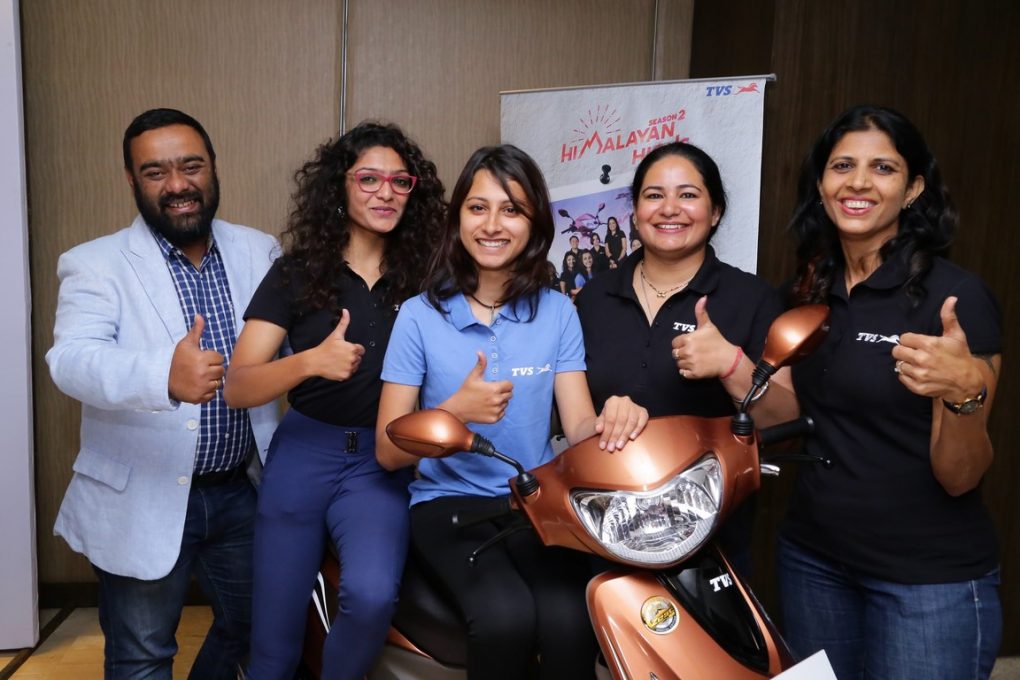 Wanting to give people a platform to chase their dreams, this should not be seen just as a move for gender empowerment which to some extent it is. Rather it should also be seen as an empowerment of the commoners who are hidden amongst us. This is no small feat as scaling the treacherous terrain of the upper Himalayas, that too on an 110 scooter is really tough.

Team BikeAdvice salutes all the participants of this ride and wishes them all the very best.