We have heard a lot about off road motorcycles, however Yamaha Thailand has recently showcased its off road scooter concept “TTX Adventure” in 2012 Bangkok International Motor Show last month.  Yamaha TTX Adventure scooter is based on Yamaha’s new TTX 115i scooter. However, this scooter has got lot many features which make it true off road scooter. 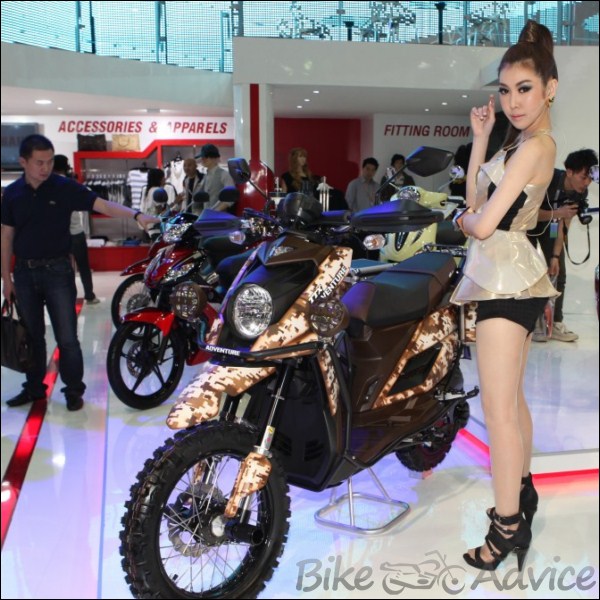 TTX Adventure has got longer travel suspension both at front and rear. While the front seems to have advance telescopic suspension, the rear has got gas filled shock absorber. It seems that it has longer suspension and ground clearance compared to the TTX 115i scooter. It has got stiff frame around the body and under the rear tyre considering the off road shocks. It has got a set of trials universal tires for having better traction while riding on muddy and potholes roads. It has good luggage storage capacity such as two travel boxes attached at rear. It has got off road style headlamp and side lamps for better night vision. 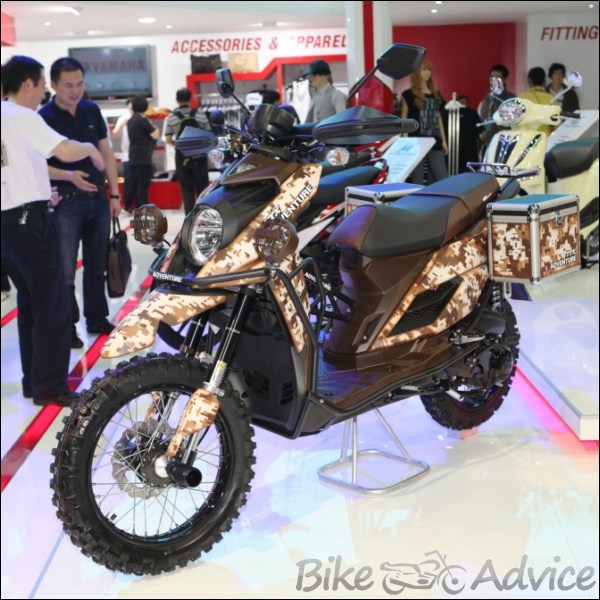 TTX adventure has got Yamaha’s YMJET-FI (Yamaha Mixture Jet-Fuel Injection), this is Yamaha’s fuel injection technology which is similar to Honda’s PGM-FI (Programmed Fuel Injection). Yamaha claims YMJET-FI as “more efficient mixing of the air and fuel that helps improve fuel economy in the practical use range”. There are no such details out for engine specification however it should have some higher capacity engine for off road compared to TTX115i which uses 115cc automation transmission engine. 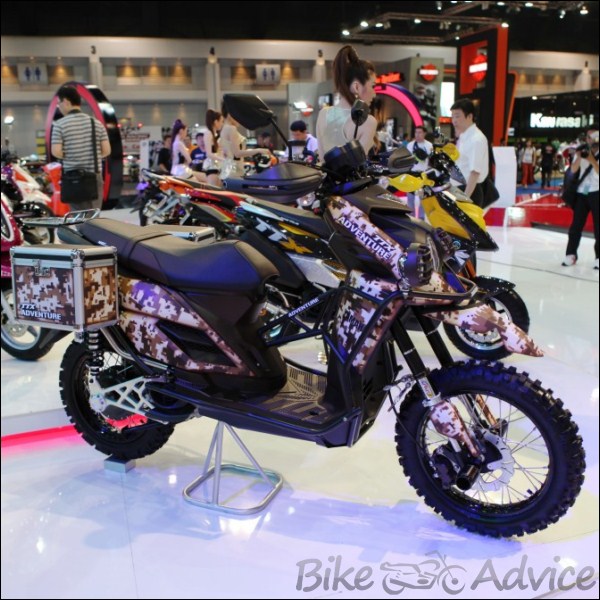 As this is concept scooter, there is no such detail when it will become production model. However, if Yamaha launches such scooter, it will definitely have a appeal throughout the world as an off road scooter.