Very recently Yamaha launched the SZ based on the existing FZ’s 153cc engine, which they initially unveiled during the Auto Expo held at New Delhi earlier in the year.

Contrary to the target audience of FZ, SZ targets the entry level 150cc crowd, premium 125/135cc crowd and youngsters who want an uber cool looking bike at an affordable price. 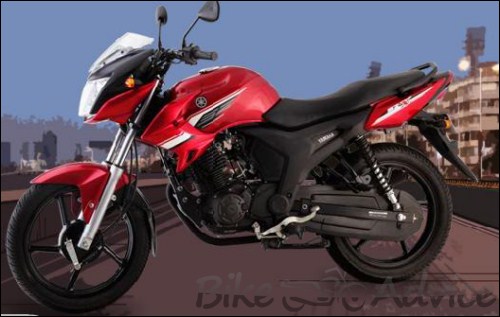 To keep a tab on costs, Hero Honda puts the same engine under different clothes adding a few stickers here and there, Bajaj installs different engines on similar looking clothes, Yamaha did the good thing of redesigning the skin of this bike afresh which makes it look a very fresh entry in the market. We take a quick look to analyze what exactly does the bike has to offer. 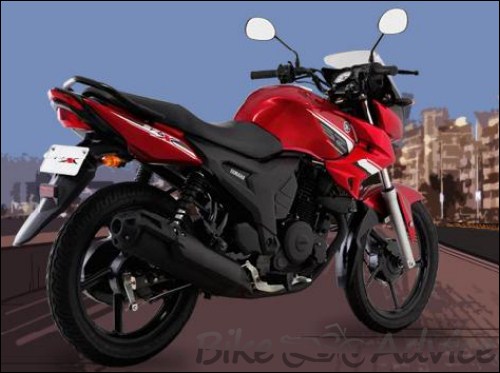 Differently Tuned Engine: The same oversquare 153cc engine which does duty on the FZ has been plonked on this bike albeit under a different state of tune to prevent cannibalization. The newly tuned engine now produces 12.1PS of power output in comparison to FZ’s 14S. However, both the bikes retain their low and mid range power concentration peeking at 7500 rpm. 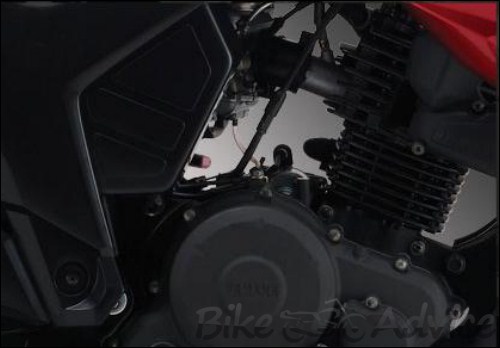 Torque figures speak a little different tune though. Maximum torque produced by SZ’s mill @ 12.8Nm is lesser than FZ by almost 1.2Nm, however it peeks at 1500 rpm earlier at 4500 rpm compared to 6000 of FZ, which tells that Yamaha has paid a special emphasis on making this bike a very agile and flickable bike through city traffic.

Bigger Fuel Tank: At the face of it, FZ boasts off a huge-looking bulbous tank. But in reality, SZ has a larger tank with 14 liters of capacity compared to 12 liters for FZ. The tank seems to be pretty well sculpted with good knee recess and matching tank extensions on SZ-X. SZ 150 comes without these tank scoops. 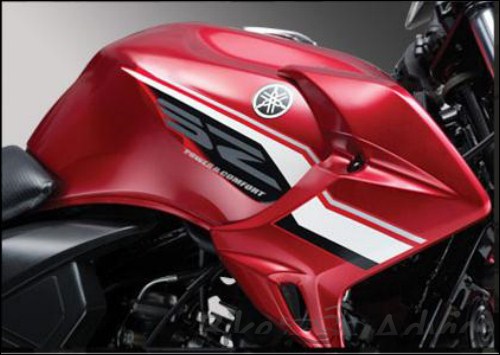 Reduced Weight: Due to the shedding of excess flab, SZ has lost around 3 kgs of weight. The bike weighs 132kgs (kerb)

Increased Saddle Height: Saddle height has increased to a high 802mm where FZ’s is 790mm. This might make it slightly difficult for people of lesser heights to ground their feet firmly on the tarmac but the reduced weight might negate this effect. 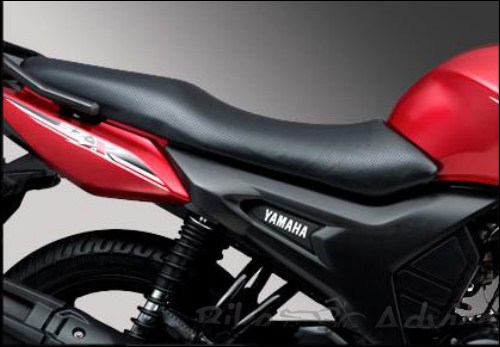 Dual Shock Absorbers: As expected, gone are the fat front telescopics and Monocross of the FZ and enter normal thinner telescopics upfront and conventional dual shocks at the rear.

Thinner Tires: To reduce costs and provide better fuel efficiency, Yamaha has reverted back to conventional thinner tires. Front is 2.75” while the rear is 100/90, both 17 inch. This would also reduce ownership costs as these tires cost low and are available everywhere along with boosting performance as well.

Inclusion of a Kick: While the SZ 150 comes with a kick starter added, the SZ X continues to follow the FZ trend: does without a kick and depends solely on the electric starter.

Variants: Similar to the FZ brand, Yamaha would be offering the SZ in two variants: the base variant SZ 150 and the premium one, SZ-X. 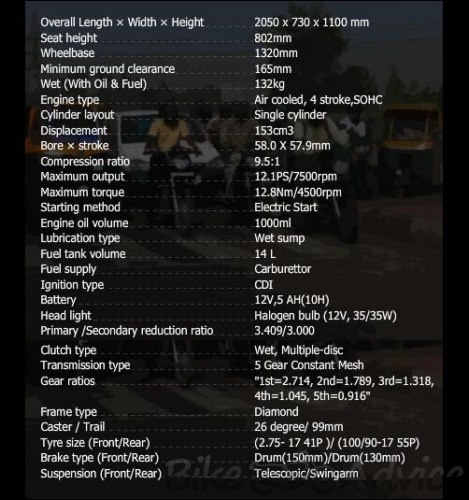 Colors: The base variant SZ 150 is offered in two color options, plane jane Red and Black while the premier variant SZ-X has 3 sparkling color options to choose from: Red, Black and Metallic Grey which are also enhanced by a well done sticker job.

Bigger Drum Brakes: SZ will sport bigger 150mm drum brakes on the front along with conventional 130mm at the rear. But unfortunately, to keep costs under control both the variants of SZ are offered only with drum brakes for front as well as rear, disc brakes is not even an option currently, however, we are fairly confident of an inclusion of a third variant with Disc Brakes (or an inclusion in the current SZ-X) at an added premium.

Gear Shifter: Against the only-toe shifter on FZ, SZ comes with the conventional Heel & Toe shifter for ease of use. Also it is reasonably rearset providing an optimum mix of sporty and commuterish seating posture.

Analogue Console: The front console looks fairly conventional and is completely analogue. White colored speedo calibrated upto 140kmph, odometer and a neutral ‘N’ light integrated into one dial; the remaining part of the console is occupied by a huge fuel gauge along with the regular tell-tale lights.

Price: Yamaha has managed to play the price game pretty well as both the bikes are placed at shattering price tags. The base variant SZ 150 is priced at Rs.49,000 and the premium variant SZ-X is priced at Rs.52,000 (both ex showroom Delhi). This indicates that on road price of the bike would be lesser than 60k almost everywhere in the country which is lesser by almost 8-10k than the existing 150cc bikes.

This move indicates Yamaha’s intentions of becoming an aggressive player in the market. SZ, at its current price point seems to be a fantastic bargain with the kind of offerings it has in store. SZ targets all bikes from 100cc to 150cc with the main target being the premium 125cc segment and Discover 150 from Bajaj. We will try to take the bike for a thorough test drive as soon as we get an opportunity and come with a detailed roadtest report. Till then we keep you occupied with this first look.