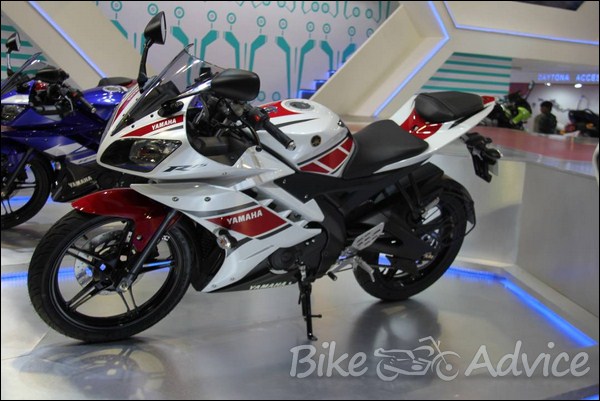 Yamaha needs to be patted on the back for one best thing they did. I’m referring to their decision of bringing the R15 to India roughly about 4 years back. The bike set benchmarks in all aspects (including pricing!) and in fact this was the bike that proved the real potential of Indian motorcycle market. Today’s motorcycle enthusiast is spoilt for choices, but still demands more and more. One main reason for the huge success that the R15 has embarked is its styling and the physique which got even more sexier in the R15 V2.0 with styling cues borrowed from the R6.

Now, what makes me talk about this entire story? Here is the reason for having mentioned all this. The YZF-R15 has won the coveted India Design Mark (I Mark) award by the India Design Council.

The India Design Council is affiliated with India’s Ministry of Commerce & Industry and is made up of eminent people in academia, design and industry organizations. Its India Design Mark (I Mark) awards program was organized with the cooperation of the Japan Institute of Design Promotion, organizers of Japan’s Good Design Award (G Mark), and preparations began in 2010. Adopting the same high standards as its Japanese equivalent, the submissions and judging for the first edition of the India Design Mark Awards was completed recently and the winners announced. Of the 71 applicants, 31 were awarded the I Mark, and the Yamaha YZF-R15 was one of four products from three Japan-based companies to receive the coveted award.

Commenting on this achievement, Mr. Hiroyuki Suzuki, CEO & MD, India Yamaha Motor said, “I am very pleased with this recognition that our flagship bike YZF-R15 has received. The bike which was introduced in 2008 has witnessed tremendous fan following and the upgraded version launched in 2011 only added more to an already great performing bike. This award not just realizes our efforts but also motivates us to continue creating more new and innovative products. 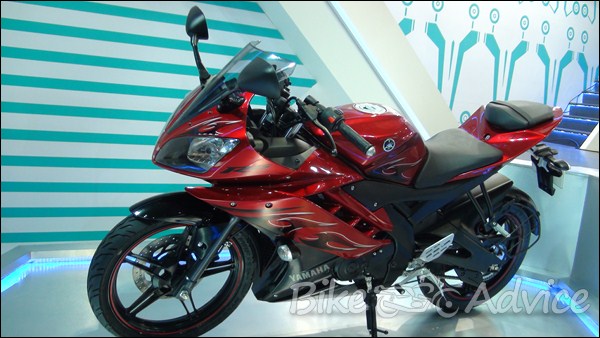 In a recent press release, Yamaha claims that, ‘In the Indian market where motorcycles are viewed primarily as practical forms of transportation, the YZF-R15 was launched in 2008 under a unique product concept that proposed the “fun of riding” as a new priority of value in a motorcycle. Its subsequent success as the first full-fledged “supersport” model in its displacement class succeeded in boosting Yamaha brand value in the Indian market significantly. In the autumn of 2011 the YZF-R15 underwent a model change that gave it an even sportier design. The model stands out for its body design based directly on the Yamaha supersport YZF-R series models, and is highly regarded for its sporty performance, comfortable ride and ease of use in around – town riding. ‘

About the products of Japan-based companies awarded the I Mark: The four products from three Japan-based companies that won the I Mark award this time are all products manufactured in India, and although they are the products of foreign companies, they received the India Design Mark (I Mark) award because of the recognition they have won in the Indian market. The primary purpose of the I Mark award program is to increase design awareness and promote value of design in the industry and society, to raise the demand for good design from users and manufacturers and improve the overall quality of life by encouraging good design. The award recipients are recognized for outstanding design that meets these criteria.

Now this should probe other manufacturers to bet with the styling of the R15 and come up with better products. But, for a true Yamaha Maniac, his heart would always murmur, ‘Yes Yamaha!’