Hello readers, I am K.chandush studying B.tech 2nd year from Vijayawada. Once we get into a certain age something like ghost enters us and the ride (bicycle) which has comforted us for years start looking for us like a ghost haunting us. The same has occurred to me also. 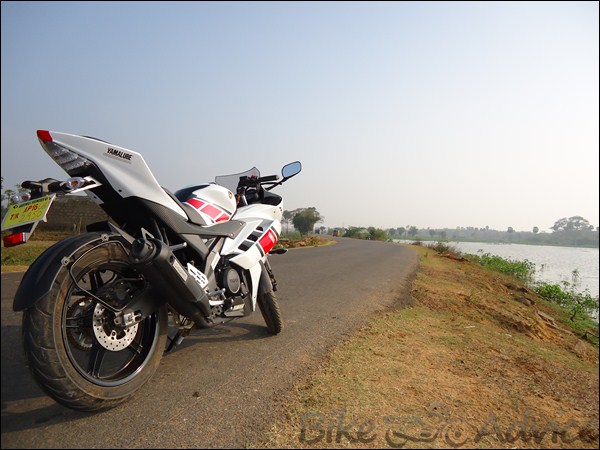 I rode on my cycle for 7 years and once I got on a bike and felt the power and thrill I just can’t hold it any long to become a biker.This enthusiasm dragged me to own a bike and which in turn helped me to write a review.

Picking from the Lot

It has turned out to be a practice in our house that if I wanna get some thing I have to get them the marks and regarding that I had to struggle for three entire semisters to get myself a decent score through which I could convince my parents to get me a bike. The most happiest part of all was that I did not have any sort of objections regarding the pricing of the bike but they have limited the funding to 2 lakhs which I guess would be a handsome funding. 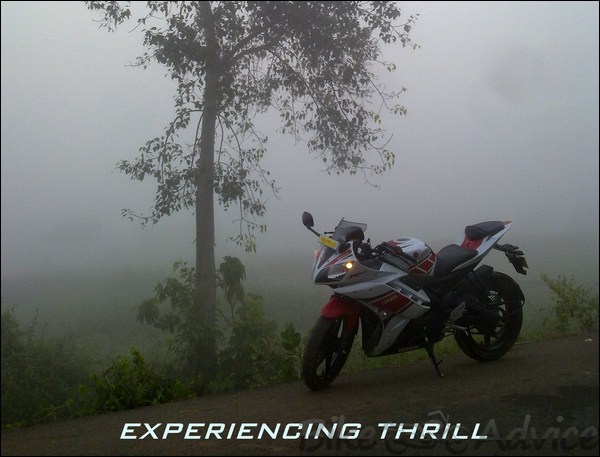 With everything set I had to choose a bike and I sat over the net to find out the user reviews as they are the true experiences through which I felt that I can sort out my dream ride effectively, in this regard bike advice has to be thanked a lot as the first google search result was bike advice and through which I got to know about all the bikes marketed in India,after my through search and note worthy suggestions from several of my friends I short listed 5 bikes. They are

Out of all the above the first victim was the Apache RTR 180 ABS as the main reason was the quality of the engine and the fuel economy and other problem was the abs as one of my friend using an Apache suggested me that abs is not working up to the mark.

So I had to with draw it from my list left with four other options CBR 150 R was the second one to get trimmed from the list as I came to know that it would take 6 more months for its official launch in India CBZ 250 R was a heavy bike for me to handle as I have felt after the ride which I got on my friends bike and I did not like the Yamaha R15 rear tire dimensions and also the tail section so I have seriously decided that it would be Pulsar 220F silver colour and I started enquiring in the showrooms and then the launch of v2. O grabbed my attention not only grabbed but it made me a fan of it. 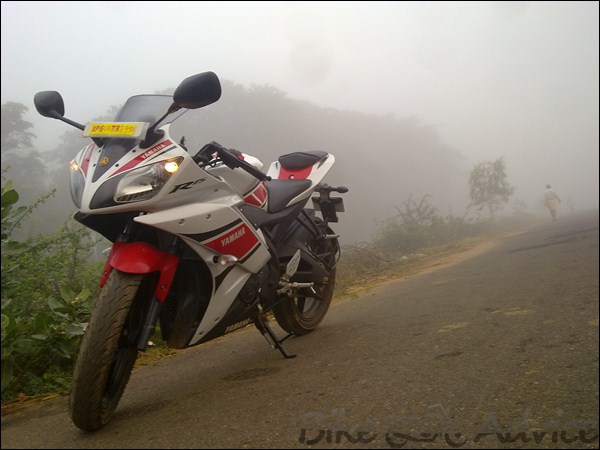 I have been waiting for my bike since a year and I thought of making that the day of booking also a special one so I choose 11/11/2011 as the day of booking. I and my friend abhishek reached Yamaha showroom in vijayawada by evening and booked the sunset red colour Yamaha paying the advance and as I have my birthday on january first I asked the showroom to deliver my hottie by then as the booking period was only 45 days I was assured that I might get my ride by then.

My mom often says whatever happens to us is good for us. I just remember it here because I was not able to get the January 1st ‘s consignment and I had to wait for the next consignment and then in this gap Yamaha made its magic to release the limited edition of the r series and I viewed the photos through the net and I made a call to the showroom to have a talk regading the limited edition but to my surprise they intimated me that Yamaha has not sent any sunset reds in this consignment but have sent the limited edition bikes which if I was intrested I can have them. There it goes I made the call on jan 18th and on the next day itself I got my hottieee on road i.e on 19/1/2011 after 68 days of my booking my beast.

Yamaha have developed a very good website for technical specs so I dont wanna bore you in that regard.

Obviously a R 15 grabs attention why won’t a limited edition bike grab attention. CBR 250R is obviously a show stopper but my hottiee got a bit more attraction than CBR thanks to Yamaha for its racing stripes and the golden logos all over the body with a spectacular tank pad turning out to be the moon among the stars. Frankly speaking even if u dont wanna show off with her it will surely turn you out to be a show stopper.

With the forged piston along with the liquid cooling the performance is top in its class. it has a very smooth transmission system and awesome pickup. It accelerates to 0-60 kms in seconds an once u bring out its rage it bring out the adrinaline rush in you. 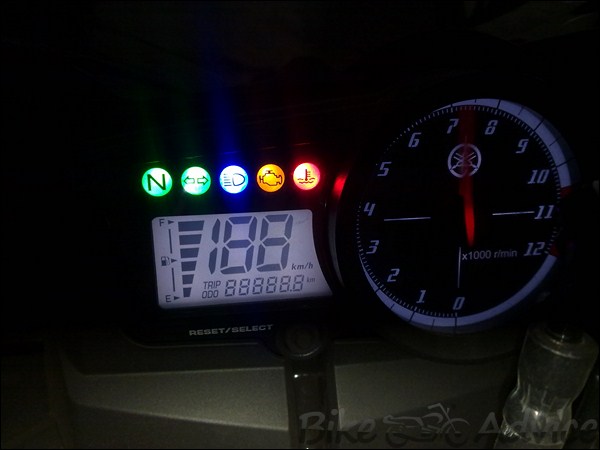 It has the fuel injection system so say good bye to carbeaurator. There are even several other things we can say good bye to they are the kick rod and the choke. The maintainance free battery works perfectly regarding the cell start what ever be the climatic condition even in crowded clumsy streets with goot clutch handeling u can get the best out of your Yamaha R15.

This is the best I have ever experienced in mid range bikes and the split piece handle bar is the most awesome part of the bike. The turning radius is too small that we need to adjust a lot to get our bike struck out some where. 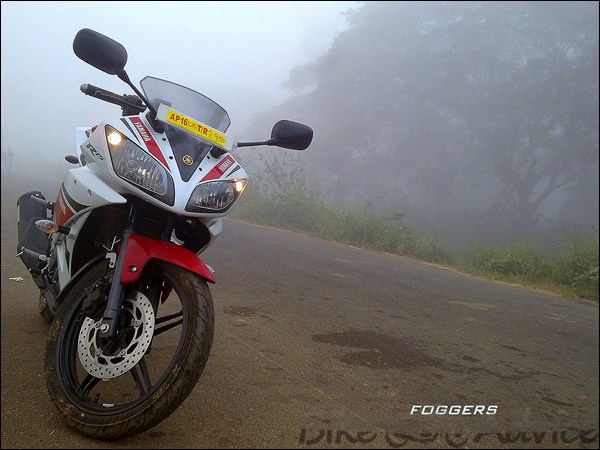 Through traffic one can handle perfect turns and twists. It can be considered as a master piece regarding the handeling in which it scores a grand score compeared to other rides

It has turned out to be much more sportier than the old R15 and gives you a racing feel and the positioning of the legs for the brake and gears may be trouble some in the begining who have not much experience with this sort of babies but will soon start loving it.

The only thing I always feared of disk barakes was the fear of skidding or the sudden locking of the wheel there by leading to a crash, thanks to Yamaha and nissin I have left with no other choice but to praise the braking to a great extent. 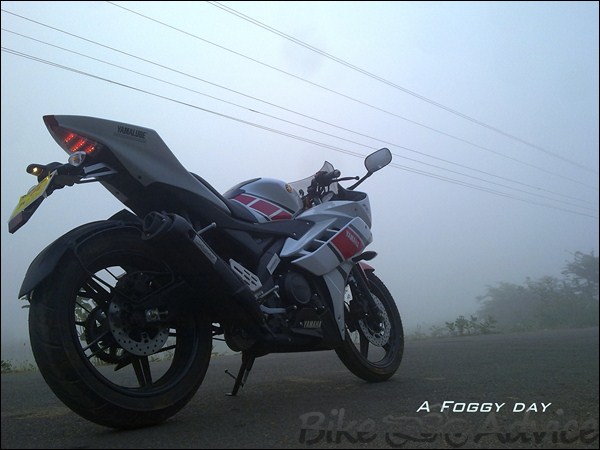 How much hard ever you ram the brake I have never has sensed a feel of skidding or locking of tyres regardless of sand and other friction less surfaces where it turns out to be the efficiency of the rider to apply the brakes accurately. Thanks for the increased wheel base there by givng more grip to the rider.

It is one of the main reason why people have started a sort of dislike for R15 as the rear has grown a bit more taller yes of course it has but once u start enjoyng the ride on the pillon seat you will never wanna have the riding position once again (just kidding) but the thrill of being a pilion rider on R15 v2.0 would be awesome. But I just to suggest reconsider buying v2.0 if pillon comfort is a basic need. 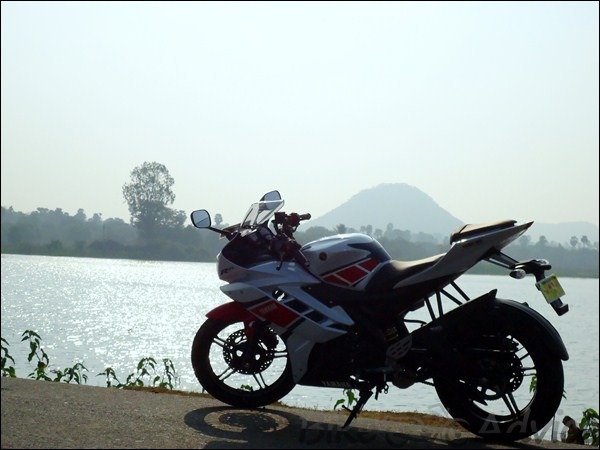 One of the most important problem of all the bikes is the vibrations at certain Rpm and till now I have not faced any sort of vibrations and hope nothing happens to my delta box frame there by giving my bike vibrations. As I have stated delta dox chasis will only give vibrations only if some thing happens to it in rest of the cases it remains the same as hard and tought as ever.

It can never be said that the bike is a bit over priced as every thing u wanna get the best in ur life will obviously turn out to be expensive. There are in all 5 colours of R15 v2.0 out of which 3 are the standard colours and the remaining 2 are the limited series which u need to get grab before the time runs out. And the price is Rs1,32,500 for my hottieee on road as I had to pay some extra bugs for the limited edition bike which is worth.

The only thing which Indians are now a days thinking off is sachin’s 100 or the petrol’s 100. I have caliculated a average mileage after 1400 kms and I got a value of about 42.8 km/lit which indeed is decent enough for such a sportier bike and the bike needs you only to attend her in aweek just to clean her off the dust and no more investments on mintainance. 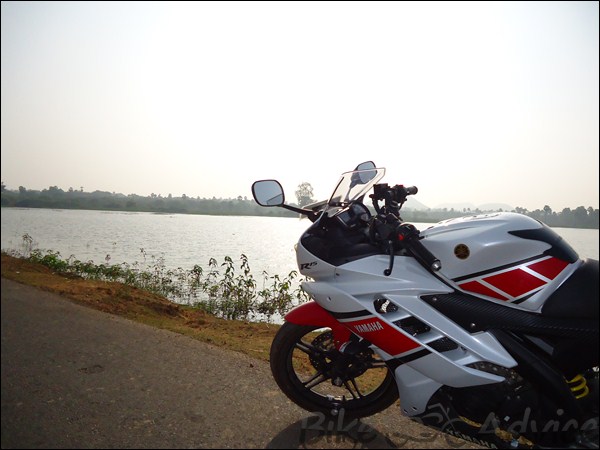 I would give a 8.5 out of 10 for my hottie and review should always be helpful for a person who buyes a bike so selecting a bike is noting like how others feel like about the bike but it is like about how you feel the ride so I suggest each and every one of you to go to the nearest authorised dealer and have a test ride of the bike you wanna own.

And when coming to Yamaha R15 v2.0 is a bike for those who wanna have serious power between their legs although u can get much more raw power at a lower price than R15. It is just like the quality and the brand and the world class biking experience you get to own after owning a R15 instead of any other bike of this segment.

“Speed thrills but kills” common but a sensible quote to consider drive safe and responsible mail me your opinion about the review to chandu.kalluri@gmail.com