The only thing which still haunts biking enthusiasts is that, instead of so much technical development, we do not have a bike equivalent to RD350 or RX100 in India in performance and sheer riding pleasure. And the fact remains that they are not wrong! Yamaha, the name synonymous with power, which went dormant for a few years in between after RXs and RDs, is back and back with a bang with brand new, fresh bikes. The YZF R1 and YZF R6 which represent the very pinnacle of biking, gives inspiration to a mini-super bike (at least in Indian terms) – The Yamaha R15. The bike which is designed and sold in India boasts of such technical prowess which, so far, has been unseen on any bike in India till date. This bike takes Indian biking scenario to a whole new level. 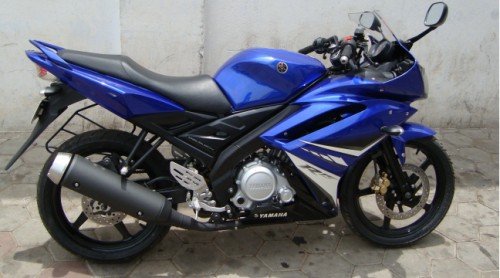 This bike is born out of the bigger R-series DNA. The R-series is an embodiment of a wide frontal space, an easy to ride seating area which allows the rider to steer effectively and freedom of movement along with the glamorous tail treatment that takes into account the management of air flow behind the rider and a super racy dynamics. R15 has been inherited from these lovely characteristics. It must also be mentioned that R15 was designed in the same modeling room where YZF R1 designers worked. 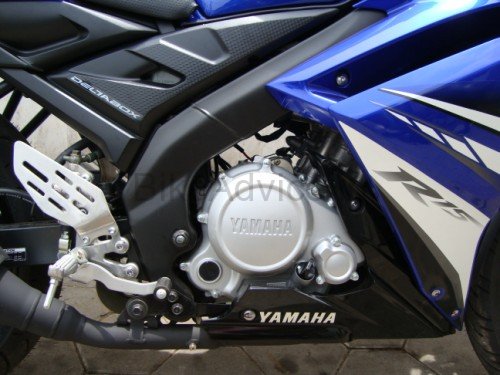 This superb bike is loaded with a 4-stroke 149.8cc, single cylinder, SOHC, 4-valve and India’s first liquid cooled engine which produces a class leading 17 PS of power output. The peak power is produced at 8,500 rpm whereas the peak torque of 15 Nm is produced at 7500 rpm. The bore of the bike is 57mm whereas the stroke is 58.7mm. The bike is loaded with some stunning and very first in India features.

This is not the end of the list. This bike boasts off some other breath-taking features and is certainly a break through in Indian biking scenario. The bike comes loaded with a slick 6 speed gearbox which is like cheese to operate. A lot of eye-to-detail has gone into the making of this engineering masterpiece and emphasis has been put in reducing the weight of the bike as much as possible. As a result of using such quality light parts, the bike is just 120 Kg in weight which in turn makes the bike a lovely performer along with a great fuel efficiency of 40 kmpl. The bike is capable of hitting real speeds in excess of 130 Kmph with ease. The tyres are a let-down to look at for some but they have been made exclusively for R15 in close collaboration with MRF which are a different compound and do much better than the bigger tyres sported on other India bikes. 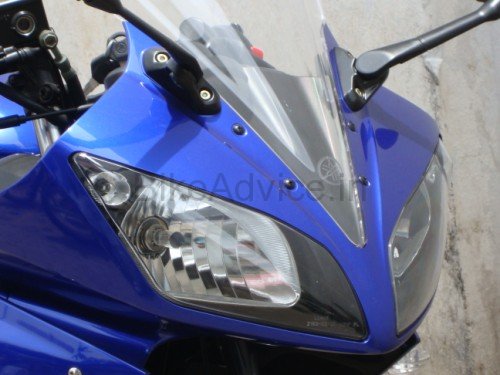 The bikes comes in three colors at present, Blue, Black and sizzling red with two more bright colors planned for future release. With this bike Yamaha seems to have struck the right chord. Biking enthusiasts all over the country were itching for such a bike and whaaolaa…..here Yamaha does it for India, yet again! This bike has set new benchmarks for competitors to catch up and will heat up the India biking scenario to make way for bigger and better machines. We sincerely hope other manufacturers also show their technical prowess in India and we have other superb machines like this one. News is that, Honda is mulling over for this market and in the process of launching there CBR 150 here in India. Bikers, get ready to witness the Mortal Combat for the crown of India’s Pioneer Manufacturer.