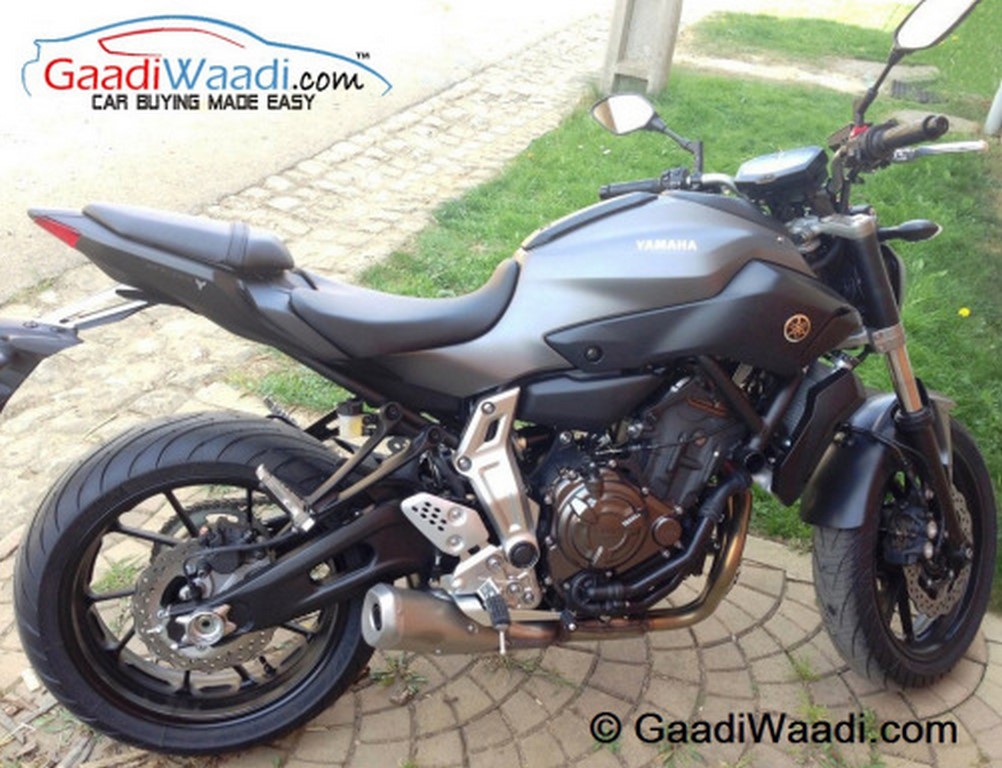 This is something we cheer about and not those Salutos Yamaha! It appears that the Japs are now cozying up for a mid-capacity bash and have plans of launching the MT-07 (also known as FZ-07) in India. The latest hint we get about this is the spotting of the motorcycle reportedly inside Yamaha’s production facility. 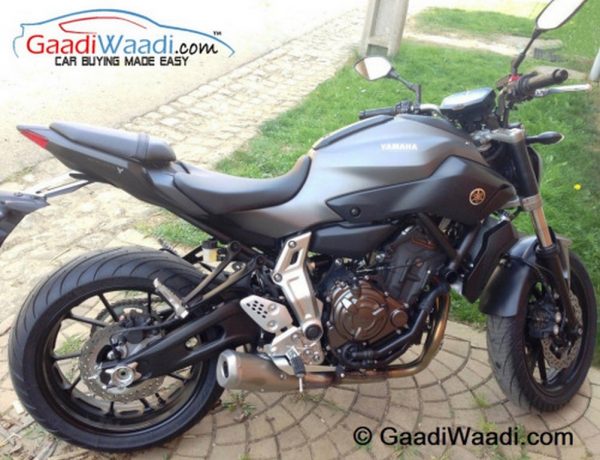 Spied by the folks at Gaadiwaadi.com, this matte grey motorcycle is as naked as it gets! The MT07 houses a twin cylinder 689cc liquid cooled engine which is capable of churning out 74.8 PS of maximum power at 9,000 rpm and 68 Nm of peak torque at 6,500 rpm. A limited power variant producing 47.6 PS is also available.

The MT-07 (ABS) weighs 182 kg including oil and a 14 litre of fuel (tank)! Following the mass forward design, the bike flaunts an athletic build. The clear familiar resemblance with the bigger MT 09 is also fairly evident thanks to the angular mirrors, LED tail light, 10 spoke aluminium wheels and Z shaped air intake style scoops and exhaust down pipes. 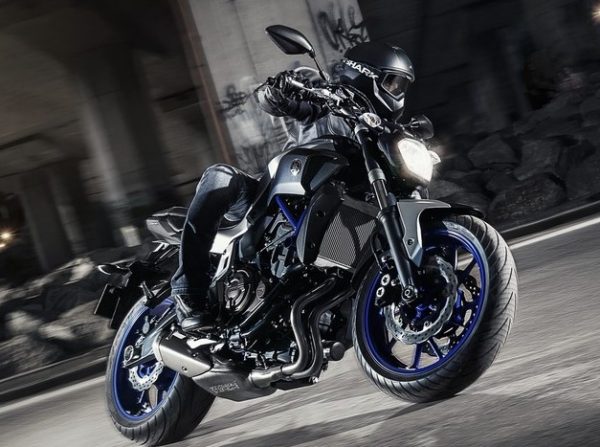 A quick back check at Zauba further reveals that the company imported a grey coloured MT 07 (matches with the spy shot) with ABS for research and development, testing and evaluation very recently on March 19, 2015.

The import value has been pegged at Rs 6,20,070. Though this doesn’t hint at anything apart from it, but if Yamaha India can price the bike around this, they surely have a good chance of getting success. If the MT 07 indeed gets launched in India, it will slug it out against the ER-6n, Street Triple etc!

So, shall we start expecting Yamaha or you are still not done with Cruxes and Salutos!