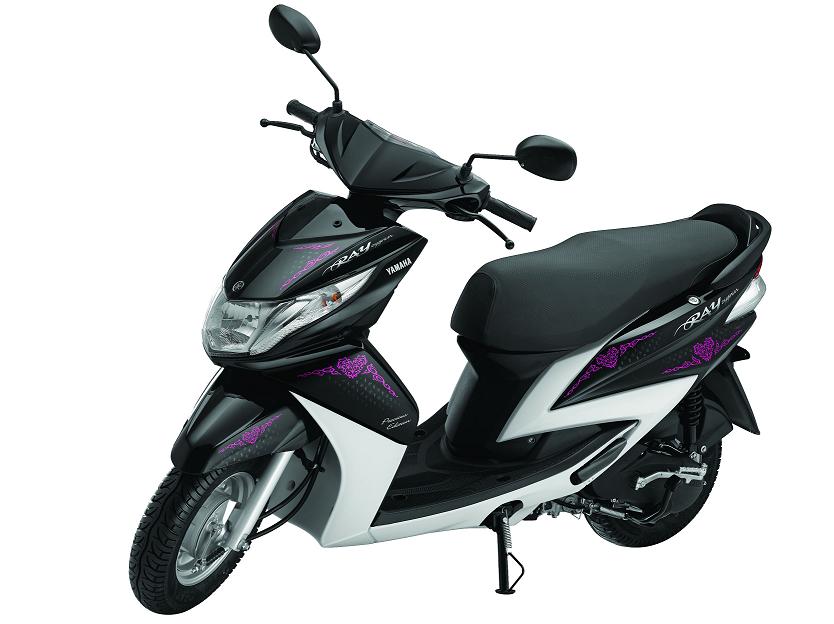 Yamaha, in India, is known to refresh its models with fancier paint and sticker jobs. The FZs and Fazers of our world have seen such refreshments in the past and now the automatic scooter Yamaha Ray joins the fray with cosmetic refreshments and has been called as the ‘Ray Precious Edition’. 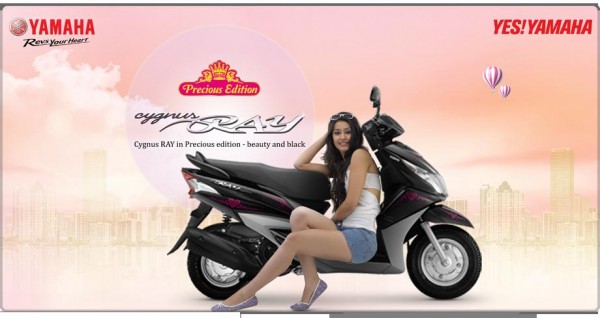 Yamaha Ray is the official sponsor of Miss Femina 2013 and to highlight the association Yamaha has released what they call ‘beauty and black’ Ray Cynus – Precious Edition. Yamaha has stated that this is a limited edition and will be available till stocks last.

The “Precious” edition comes in Black livery with Pink patterns over the body. The scooter gets ‘Precious Edition’ written on the top of the headlight and gets Ray Cygnus written at the back. The decals are pink colored and since we are pinking away to glory, it is not for you, darker sex!

Ray has traditionally been targeted at the feminine sex and the new edition is sure to find some takers in the festive season. Apart from these cosmetic changes Ray Precious Edition does not carry any other mechanical changes.

Yamaha is currently focusing on the mass market to garner sales and cement its market share. As a part of the strategy Yamaha brought in Sporty automatic scooter ‘Ray’ targeting females in September 2012, followed by ‘Ray Z’ for males in 2013. 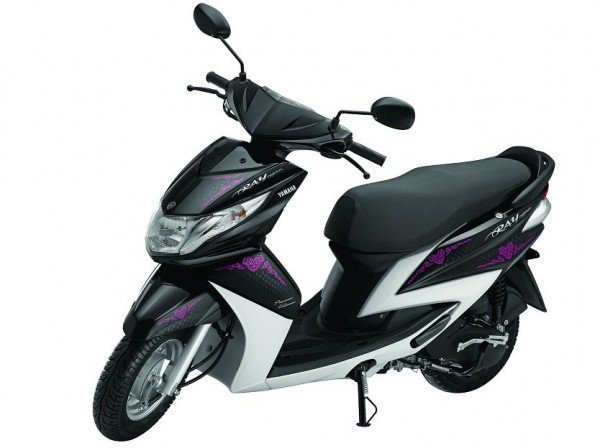 Ray Precious Edition continues with the same 113cc four stroke motor which produces 7bhp of peak power and 8.1Nm of maximum torque. Yamaha claims a fuel efficiency of about 45kmpl in cities and 55kmpl on highways (who is going to take it to highways anyway!)