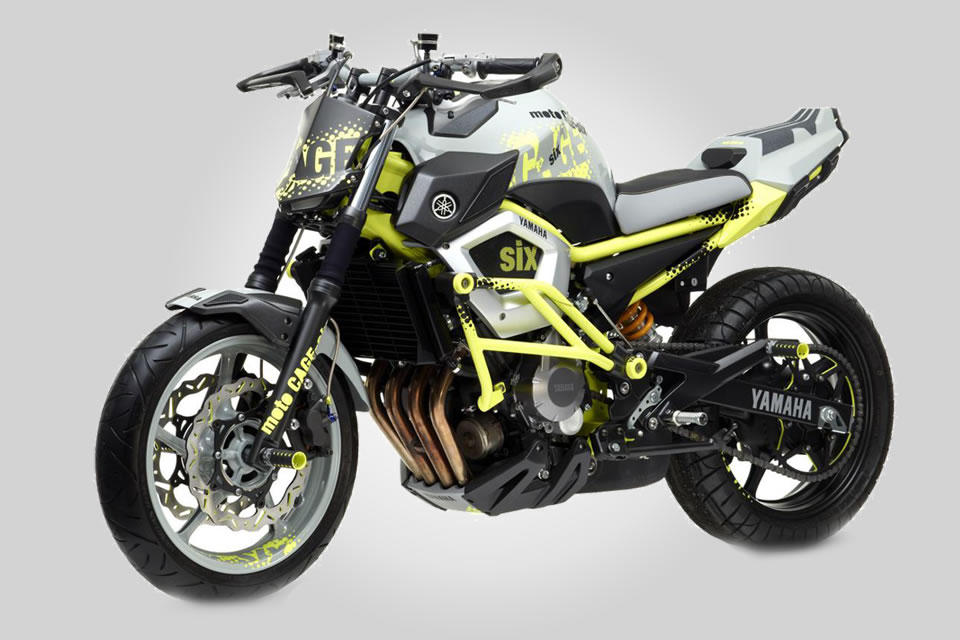 We have seen bikes and we have seen regular production bikes used for stunting. For example the KTM Duke 125 which is no doubt globally famous and the Bajaj Pulsar 180 which is a popular bike for stunting in India. However, both these bikes were not developed keeping stunting in mind. They were developed like any other sports motorcycle for road and track usage. With stunting being such a popular sport, it raises a question why hasn’t any motorcycle manufacturer focused on developing a bike keeping stunting in mind. 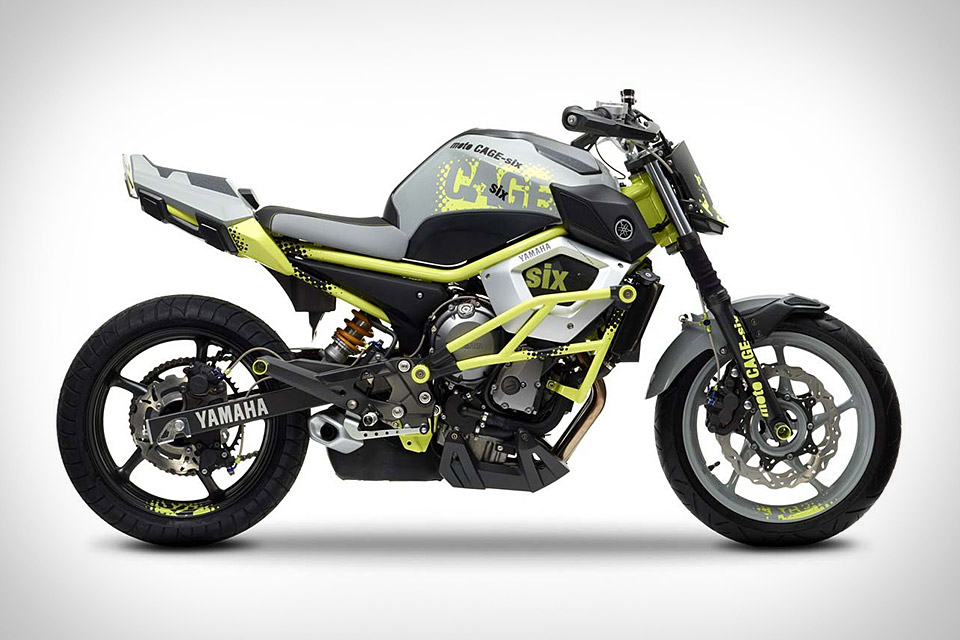 But the wait is over now. Meet the Moto Cage-Six, developed by Yamaha. This bike was first showcased at the international motorcycle show, INTERMOT 2012. Based on the XJ6, the Yamaha Moto Cage-Six is the first bike that has been specifically designed for stunting purposes. Dressed up in a lot of neon, the bike surely is an eye-catcher. The main highlights of the bike are the special equipment like the front axle footrests, four crash pads, reinforced swing arm and streamlined seating. In terms of styling, the bike is derived from majorly from the XJ6 with some additional cues from the Tenere and the Super Tenere.

Globally, this bike has received a mixed response from the fans and the critics. Some are excited about the concept while other are of the opinion that a stunting bike is a hugely customized bike and constantly tuned to suit the rider’s stunting style. Well, this bike may not be so popular with the professional stunters who love to make their own gear rather than take some stock gear, but would immensely benefit those who are newbies and want to enter into the world of stunting. Yamaha has commented that the Moto Cage-Six is purely a concept bike only but we sincerely hope it makes it to production. 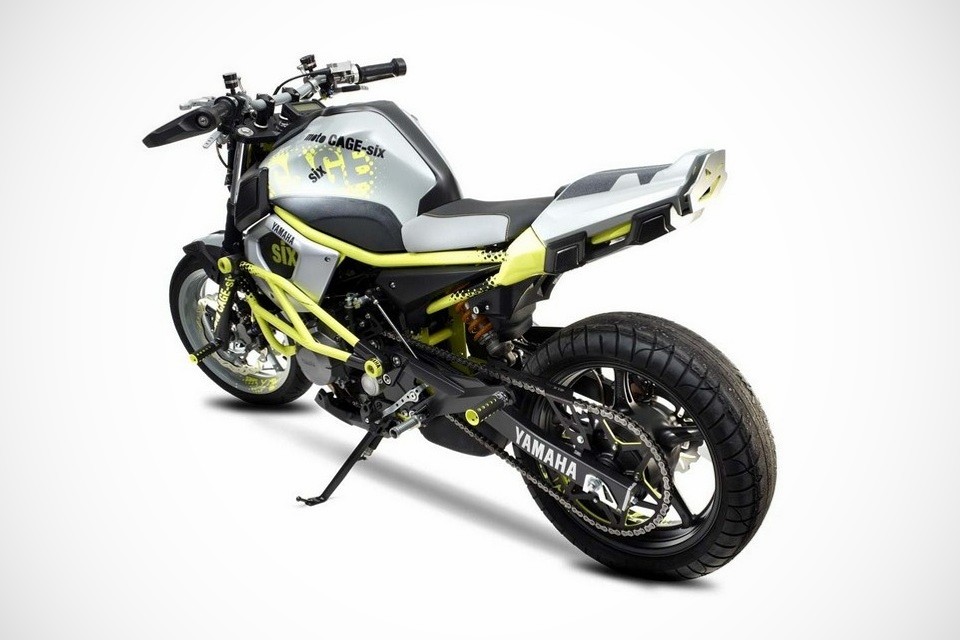