Hi! My name is Gyan Prakash and I’m a proud owner of Yamaha FZ. This article is going to be long so please bear with me. I had always dreamed of having my own bike and going on long trips but there were 2 problems… 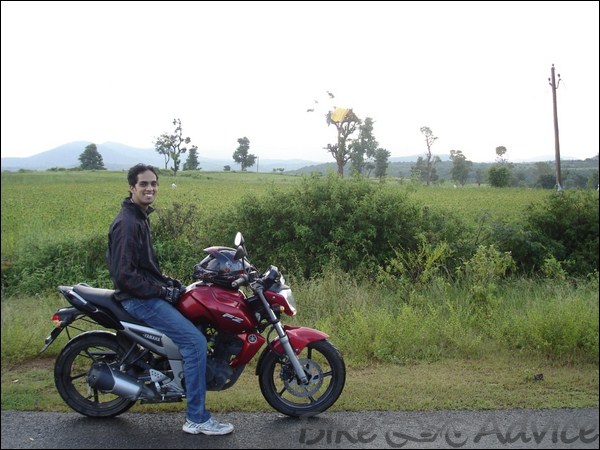 But as they say there’s a God ji up there. 2 years ago during my post-graduation, one of my friends who had a Yamaha Gladiator encouraged me and happily lent me his bike and a lot (and lot) of engine stalls & false shifts later I was finally riding. But one problem still existed. I didn’t have a bike of my own!

Mom & Dad always had the ready reply “Jab kamaana tab kharidna!” (Buy it when you start earning!). And then one fine day I got a job! It was my time now. As soon as I got my offer letter, I let my parents know about my intentions “ab kamaa raha hu, ab kharid lunga” (Now that I’m earning, I’m gonna buy it.

There was no doubt in my mind that my first bike was gonna be the Yamaha R15. Surprisingly my parents also agreed without a fuss considering it cost above a lakh rupees. I had almost finalized everything when one day Mom called up and shared her concern “Gyan, what if the engine gets stolen? 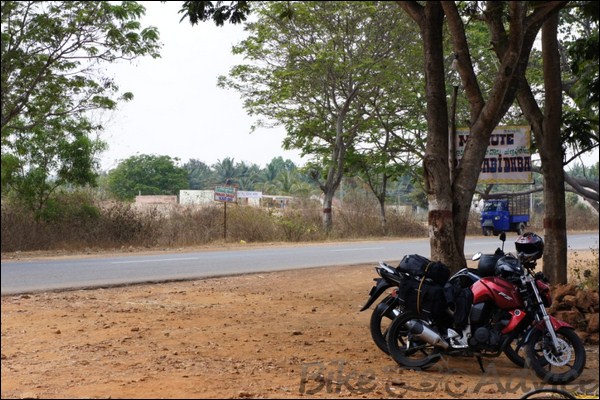 In Bihar they steal the engines of motorbikes (read splendor, passion etc.) and make gensets out of them! It’ll be quite bad if they stole an engine worth a lakh rupees!” I decided not to counter the argument and save all the tension that my parents would have if I bought the R15. And so, I told “Ok fine, I’ll buy the FZ then but no more negotiations. This is it!”

And then finally on 24th of October 2010, a week after booking the bike, my shining red FZ was delivered. I went for the “no-frills” version as somehow, I find that bikini fairing and sculpted plastics around the headlamp a bit feminine which tries to pull down the otherwise mean macho looks of the bike. Plus it was cheaper. 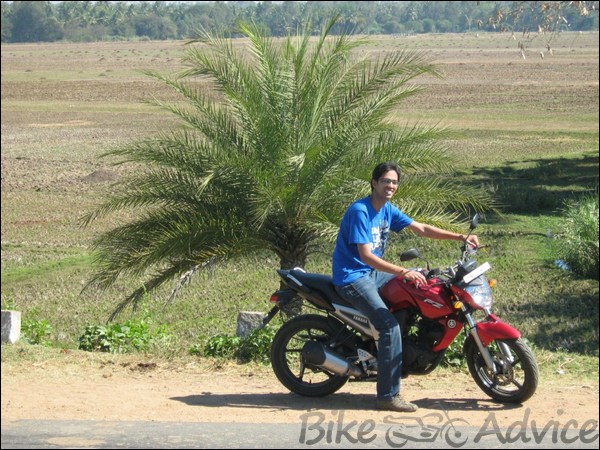 Now, the feeling of riding your first bike for the first time is very special, almost indescribable. It could at best be compared to what you felt when you first managed to balance your bicycle and ride the few glorious yards before crashing down. Of course, the crashing down part doesn’t apply here (hopefully!).

The FZ felt like a glider – floating through the Bangalore evening traffic – plus all the pooja garlands and plastic covers screamed its new arrival status to the neighbouring traffic who gave quite approving glances of my choice (atleast that’s what I felt). I was the happiest person – then & there – in the world.

I couldn’t sleep that night. Due to lack of parking at my rented place, I had to park it outside in the lane and even though I had covered it, I still was scared. Morning brought relief when I found my bike still where I’d parked it.

Everyday commute to office was now fun. Even with all the Bangalore’s traffic thrown in, the fact that I was riding the FZ with its wide handlebar and loads and loads of low & mid range torque meant I was zipping through. The FZ in traffic is like a compact digital camera – Just point and shoot! Yeah, that’s just about it. 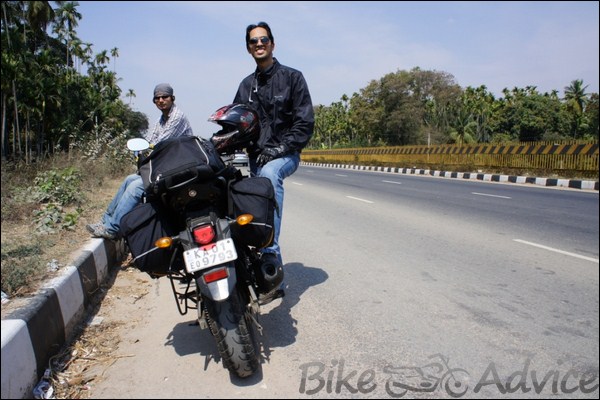 Those huge rear wheels, their amazing grip, the monoshock, the low center of gravity and the awesome disc upfront give you a lot of confidence. An example of the amazing handling and stability of the bike – I once went leaned over in a right handed, almost 90 deg turn in the road, in the rain, over a “Bangalore-special” semi-cylindrical speed hump, water logged on either side and nothing happened! No fuss, no sliding nothing. Try that even in dry conditions on a pulsar and you’ll know what I’m talking about.

The running in period was a test of patience – to be tested twice a day! It is really difficult to control the urge to let this bike rip. However, through sheer will power alone, I forced myself not to cross 4000rpm in 5th gear (that’s approx 50kmph) with short bursts of 60-65kmph if overtaking was required.

Finally by the time first service came up, I had about a 1000km on the odo and I allowed myself to raise the speed limit to 70kmph (about 5500rpm). And then a few days later the speedo and odo conked off! I endured somehow the rest of the week and finally on the weekend took it to the service centre. The sensor in front wheel was replaced under warranty and I was a happy customer again. 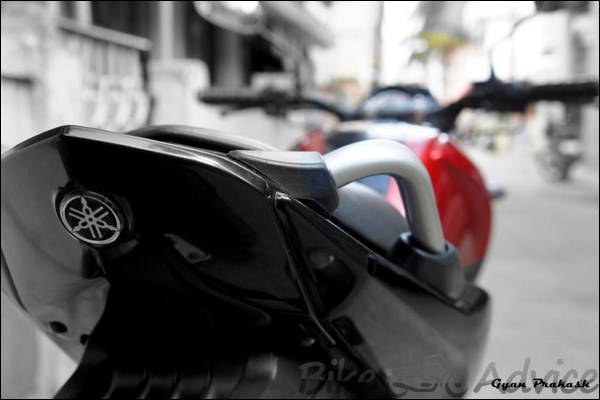 I have since then done numerous trips on my bike along with my roommates (who luckily share the same spirit!) The FZ has amazing stability at low speeds and high speeds alike. In fact at higher speeds, in a straight line, the bike seems like a magnet rolling on metal roads, like a railway engine rolling on. It just doesn’t waiver and follows the ups and downs of the road like a leech.

But throw it around a bend and you’ll find yourself salivating for another one. The diamond frame chassis and monoshocks prove their worth. It’s just plain fun. However, I should mention here that its on the highway that the chinks in FZ’s armour are seen. The bike does 80-85 kmph in a jiffy but there on its a struggle, a bit like Sachin playing in nervous nineties.

So far I have done a max of 114kmph with a pillion with both of us crouching as much as possible and 118kmph alone crouching. The bike however still felt nicely planted with vibrations still in “pretty comfortable” zone. But then the highway isn’t what the bike was designed to be. It would be like, as Einstein said, judging a fish on its ability to fly!. The FZ was designed to be the “Lord of the Streets” and mind you, it excels above par in that department. 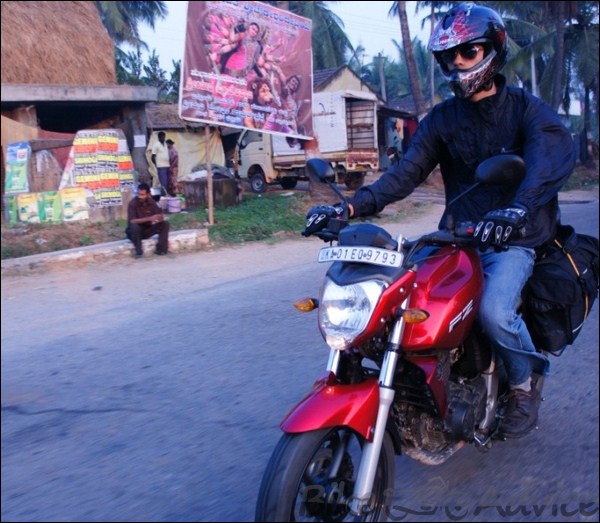 In the city, you can ride at ridiculously low single digit speeds over broken roads and still have both your feet up on the foot pegs while toeing a straight line. And trust me, it is great fun to be able to do that. You can also lean like a pro and follow imaginary curves on the road and again – feel great! I do that every day on my way to office and back (on the inner ring road in Bangalore).

Its been close to 16500km on the odo now and I recently changed over to NGK Iridium spark plugs and got a new set of chain and sprockets. The stock plugs are designed for 12000km and even though they do work after that, it’s better to get them replaced. I was beginning to feel slight misfiring at idling and lack of smoothness at higher speeds.

Ofcourse the bike became good as new once the NGK plugs were installed. Coming to smoothness of the engine, it is really smooth and refined – not Honda smooth though – but that’s a good thing. “Honda smooth” is almost boring and uninspiring. The FZ is smooth enough not to cause any discomfort but the engine lets you know what’s cooking inside. 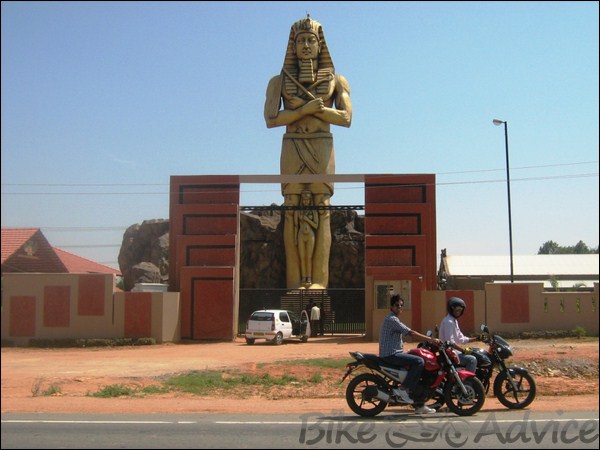 And it arrives -all guns blazing- once you cross 4000rpm. The bike roars and grunts and revs all the way to 8 – 8.5k rpm – all the while playing the best “original soundtrack”- with the front wheel ready to catch some air at every upshift. The bike has something even for those who like their ride calm and sedated.

Ride it at 3.5 – 4k rpm in 5th gear (the speedo would read 45-50 kmph) and you’ll have a ear-to-ear smile of “This feels awesome baby!”. The bike feels like its an electric bike – loads of torque, hardly any engine braking, effortless, no vibes and no sound.The bike simply barrel rolls. Its like the calm before the storm that arrives post 4000 rpm.

So far I’ve done many tours on my ride (i.e. Nandi Hills, Shivasamudram, Tirupati, Anthargange, Mekedattu, Shimoga and the numerous runs to Bangalore International Airport which itself is a 80km return trip for me). I don’t have much worth mentioning to write about each of the tours I’ve done from the ride point of view except for one. The unplanned -and hence- extremely awesome Tirupati trip. 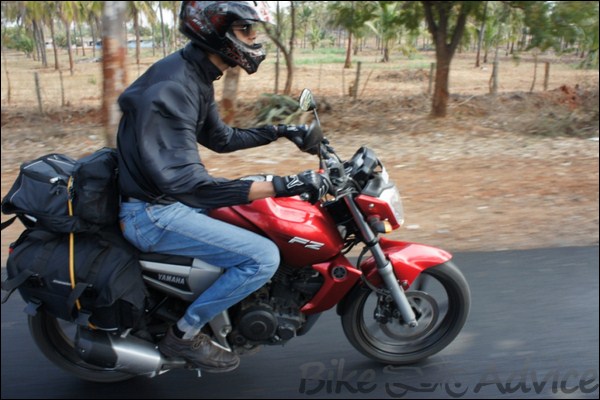 The actual plan was to go to Anthargange which is about 60-70km from Bangalore along the Old Madras Road. We packed One bag with cameras, some snacks, water bottles, a hand towel etc and left Bangalore early morning. Almost 50km into the journey, we came across a huge board across the highway that said: Tirupati – 240km.

It was still about 9 am and this got us thinking “Yaar, average 60 bhi chala li to 4 ghante me pahuch jaenge” (even if we do an average of 60kmph, we’d make it in 4 hrs). The excitement and thrill of an unplanned long adventure got the better of us and we decided “Forget Anthargange, Tirupati! Here we come!” not realising that it was the month of May and the heat would be literally turned on us as we move towards Tirupati and as the sun goes up. By the time we realised this, we were already past the point of no return. 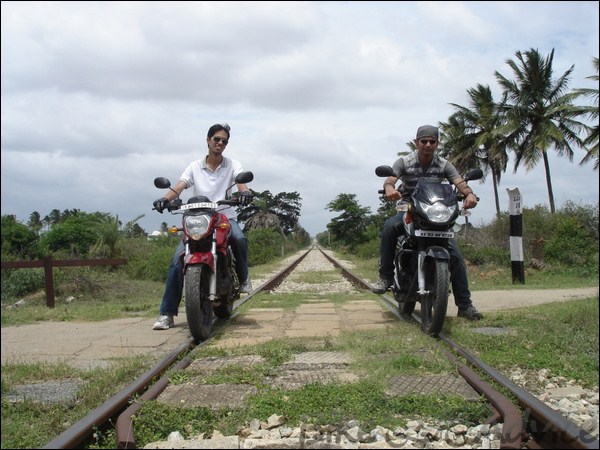 We reached Tirupati at about 2.30pm and the whole town had a deserted look. I guess it was ‘coz of the sun. And here we were, three guys on two bikes, all geared up and lost with none of us familiar with the local language!. Finally somehow we reached the Tirupati bus stand and rented a lodge nearby.

The heat was too much to handle and we collapsed in our onto the already more-than-warm beds. We bought some new undergarments, soap, shampoo, towel and most importantly sunscreen the same evening. Next morning, we paid the Rs2 toll at the Tirumala hill toll and then began the best art of the ride. The ride through all those twists and turns and the hairpin bends was simply fantastic. 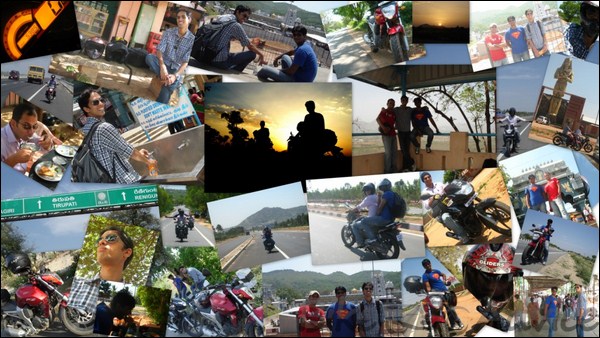 Finally after 2 hr of waiting in queue, we had our “Special Darshan” and some more photography later we happily began our descent and the journey back to where we came from! The return trip was even hotter as we started in the afternoon around 2pm. We could literally feel being sunburnt on the exposed skin between jacket arms and the riding gloves. We reached home at about 8:30 pm and again crashed to bed. End of story.

Now to sum up and cover some points which I missed so far, here’s the Good and the Bad (Nothing ugly here) 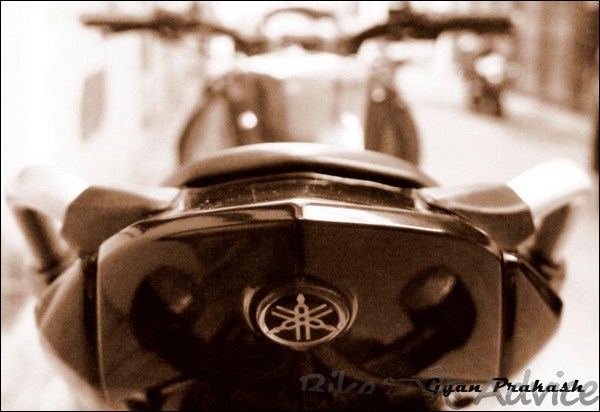 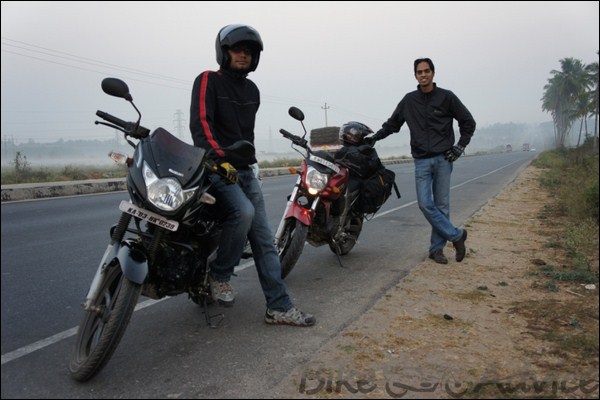 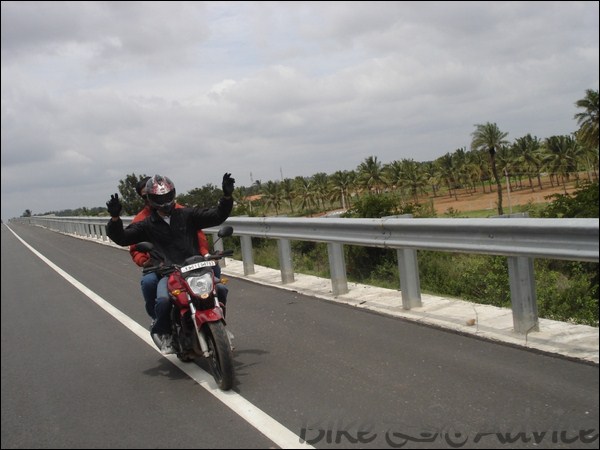 This section is for characteristics which are god or bad depending on the way you look at it.

So that completes it! After two weeks of pondering and writing this review and approximately 2600 words later, I can end this review here.
Criticisms and accolades are welcome! Oh! and I DID tell you in the beginning that this was going to be Long!