Yamaha, the fastest growing bike company in India will probably hold its ground and knock out the other international bike manufacturers namely Suzuki and Honda. With the Yamaha FZ16 and its brother FZ-S already enjoying good sales numbers, the launch of Yamaha Fazer 150 would be another pillar for the company foundation in India.

The Fazer 150 is suspected to have a front fairing and retain the DNA from FZ16. It would be just like the 1000cc International Fazer which is the brother of FZ1. The following picture says it all. 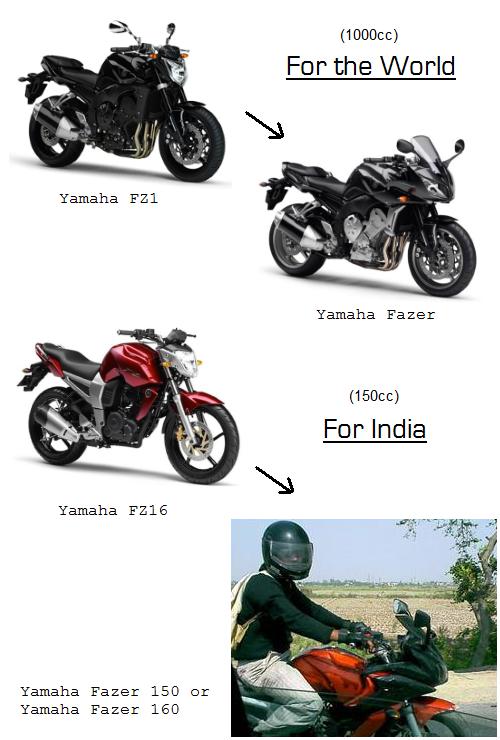 For those who have planned to buy the FZ16, perhaps waiting a few months for the Fazer would be worth it.