We have seen the bigger bikes in the previous part but you cannot take them to the street and they are not street legal bike. These bikes are built mere for record purpose or for specific desire. So our question remains which is street legal ridden motorcycle. The answer is GUNBUS 410.

The bike is not just concept bike but actually manufactured and marketed by German company Leonhardt Manufacturing.  The bike passed all the strict German testing procedures and is street legal and stands tall as the world’s largest ridden motorcycle. GUNBUS 410 is most perfect combination of tremendous performance potential and well balanced design 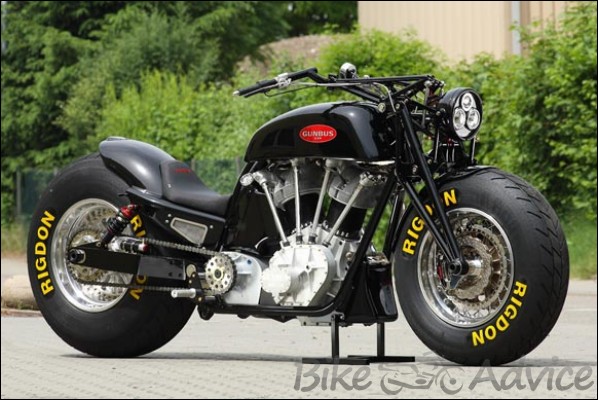 The bike has length of 11.3 feet and saddle (seat) height of 31.5 inches so that you can easily ride it. The bike got three 310mm disc brake with two in front and 1 in rear. 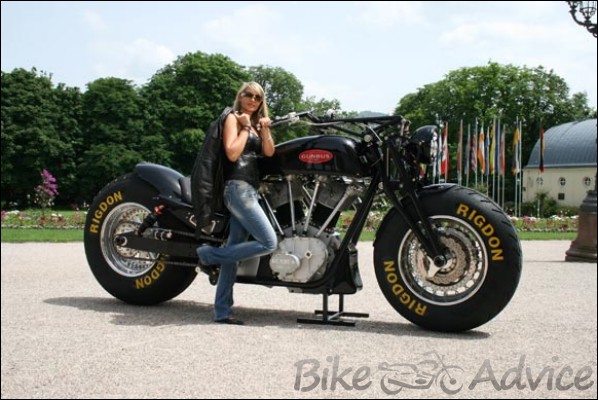 The most specific part of this bike is its engine. Though the bike weighs 650 Kg it is able to produce 6 times greater torque than the Harley twin cylinder engine. The maximum torque of 710NM picks @1900 rpm. By this measure you can estimate the power generation capacity of this monster bike. If you want to on this bike you have to spent 1,90,000 Euros (Rs.12 lacs approximately). 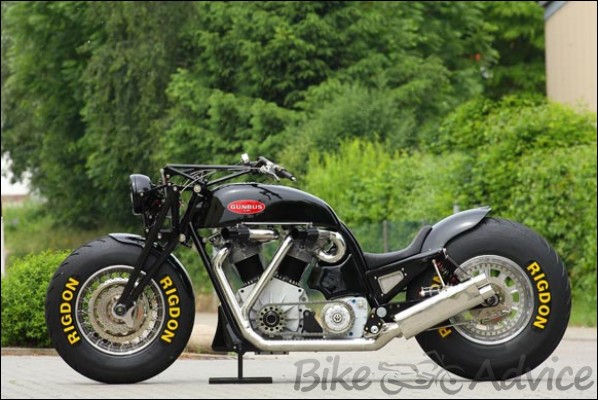 The GUNBUS 410 holds the record of world’s largest street legal ridden motorcycle but not for world’s longest motorcycle. For this the award goes to Olive Rogov of Russia. Oleg Rogov who lived in Taver city, a small town near Moscow city was a big biker fan since his childhood. One day he suddenly got an idea to build the longest bike in the world and finally after two years in December 2005 he came with world’s largest motorcycle. 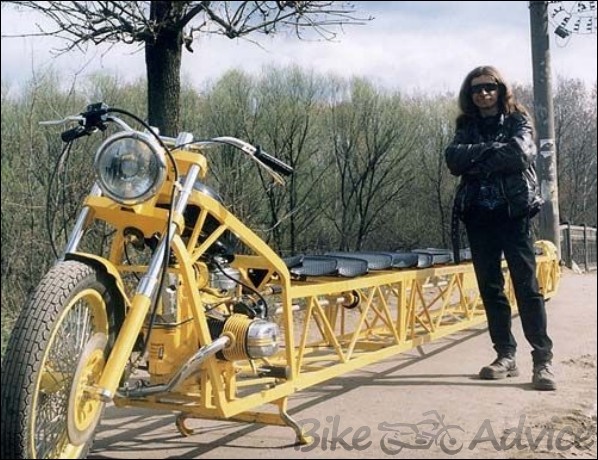