As Vehicle Insurance is a major concern for the two wheeler riders in India who meet with the most number of fatalities when compared with the other medium of transport, here’s what the process is about to claim for a vehicle met with an accident holding an comprehensive insurance policy. 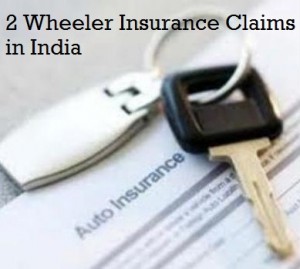 The notice of the accident no matter how small or big it is. If needed a claim, then the same needs to be reported to the Insurance agency the bike is attached to. If the damages incurred are a major one, the same may be reported to the concerned insurance agency before the vehicle is removed from the spot so that the insurers can arrange for spot inspection of damage which will give them a visual idea of the accident history and also making the whole claim process simple and legitimate.

Once the inspection is carried out by the insurer the vehicle can now be moved to a workshop, preferably to authorized workshop for estimation of repair charges. This Authorized service centre can be used for two reasons; One being the genuine parts availability and which gives a peace of mind as of what goes into the replacement parts and two; making it a cashless claim most of the times due to the good relationship the insurance agency and the service centre might possess due to their history of past claims.

On receipt of the completed claim form and estimate of repairs, the insurers will then arrange a detailed inspection of damage and the cost of the total repairs will be ascertained. The insurers will also verify that a person with a valid licence drove the vehicle involved at the time of the accident and the vehicle is the same one that is insured with their agency currently. If expired, forget about claiming. One has to pay all the expenses from his/ her pocket and drive away with a big hole in their pockets. In short the Insurance agency requires an authentic Registration certificate and the driving licence of the driver who drove at the time of the accident.

On completing the above procedure the Authorized Service centre or a workshop will then be authorized to carry out the repairs. It is the insurance agency which decides that the bills incurred for the repairs including the labour charges maybe settled directly to the authorized service centre or a workshop making it a cashless claim to the insured or reimburse the insured on asking them to pay the bills up-front and claim it later on.

The Insurers will also like to collect the damaged parts for which the replacements were allowed as per the policy that is considered salvage. This process is just to ensure to avoid any illegal practices with reference to the parts used and ensuring the replacement of the new parts have been taken effect in the vehicle that has claimed insurance.