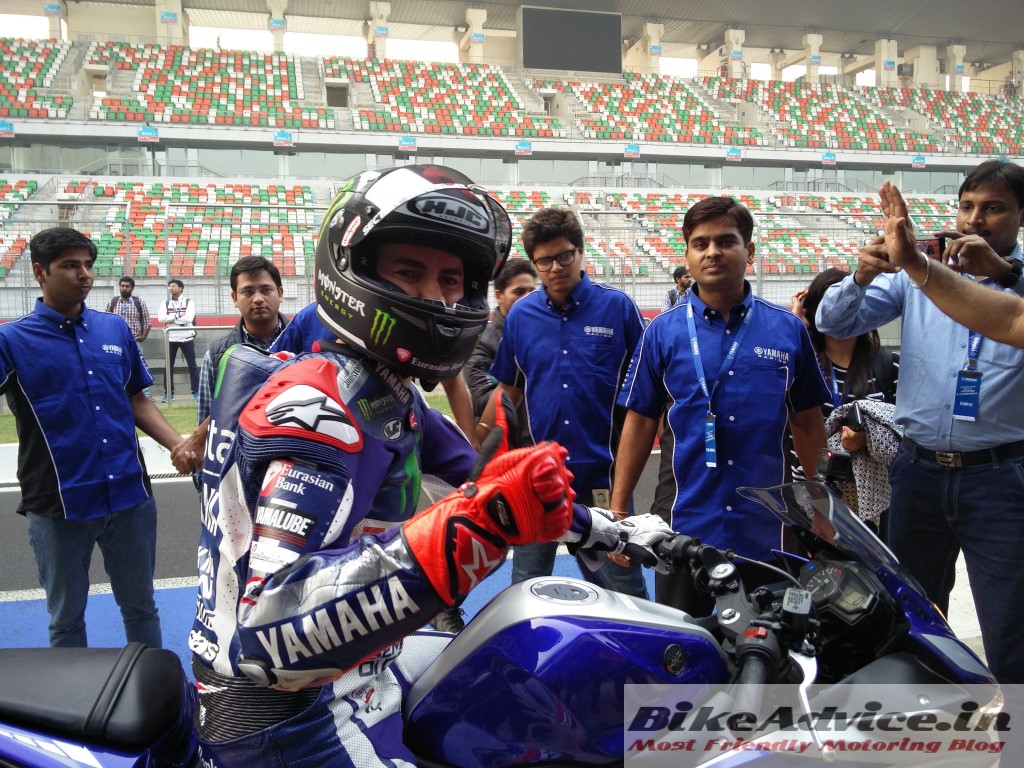 The rumbling had ceased, the rains had stopped pouring over the race track and the super effective drainage system of the country’s best race track was working double time to get the track dry for some hardcore action. We are talking about Jorge Lorenzo’s visit to the Buddh International Circuit to ride the Yamaha YZF R3 along with customers.

The 28 year old racer from Spain was recently crowned the 2015 MotoGP champion after one of the most exciting season finale ever. The rider even acknowledged that this season was the toughest ever! His visit was primarily aimed at increasing the popularity of motorsports in India which has often been given a step motherly treatment thanks to the popularity of other games. 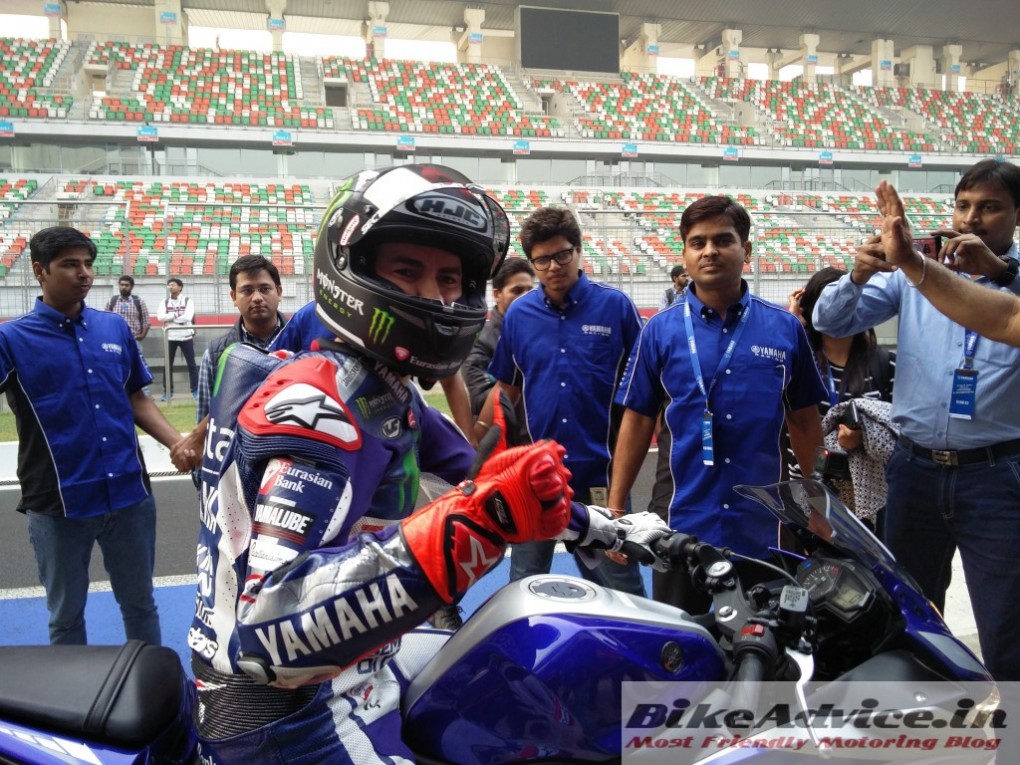 As a part of the visit, 30 lucky R3 owners got to ride with the living legend at the BIC. Here’s what Lorenzo said…

“I am extremely happy to be back in India. I had a great experience during my last visit and this time has been no different. I had a great season this year and I would like to thank all my fans in India and world over for their continued support. I would also like to thank Yamaha for organizing this visit and also congratulate Team Yamaha on our 17th world championship win. I would like to see more people in India getting into motorsports and I am positive that with the kind of passion and enthusiasm they have, we will definitely see India as a major force in motorsports in times to come. I would also like to add that the BIC is the fantastic track of international standards and riding the YZF-R3 with Indian race enthusiasts was a great experience. I would definitely like to come back here” 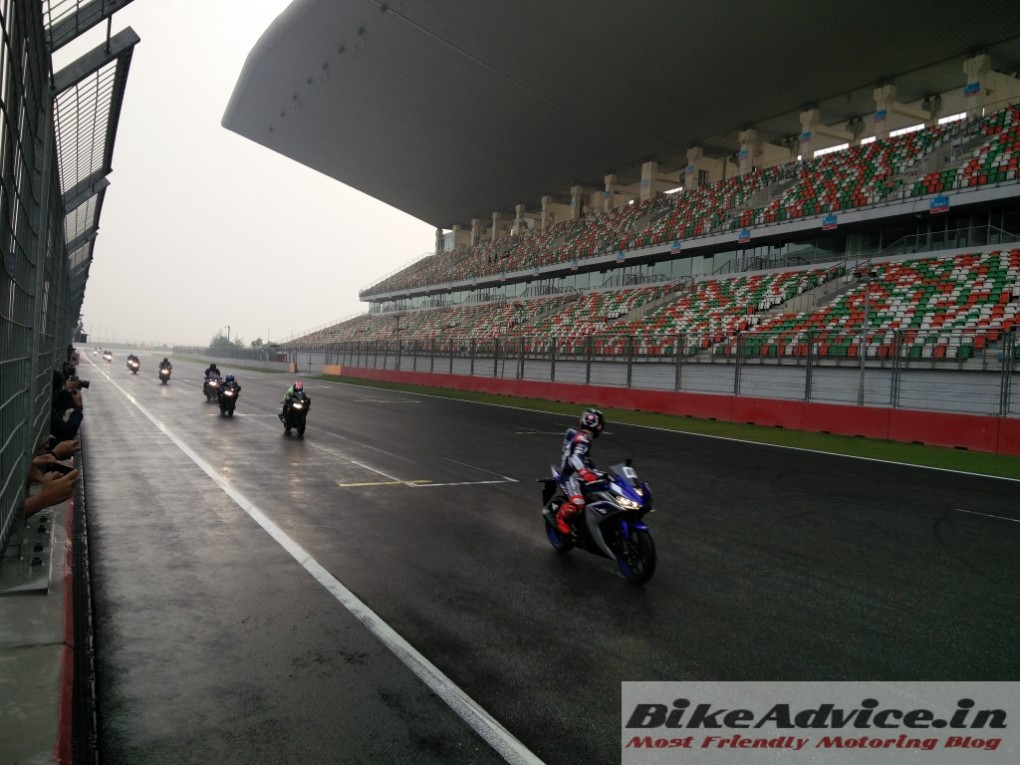 The rider also acknowledged that he would love to see MotoGP come to India. On being asked about the present situation of relationship with Valentino he clearly tried to be the good man here by saying that he had no problems with him. In fact his exact words were: 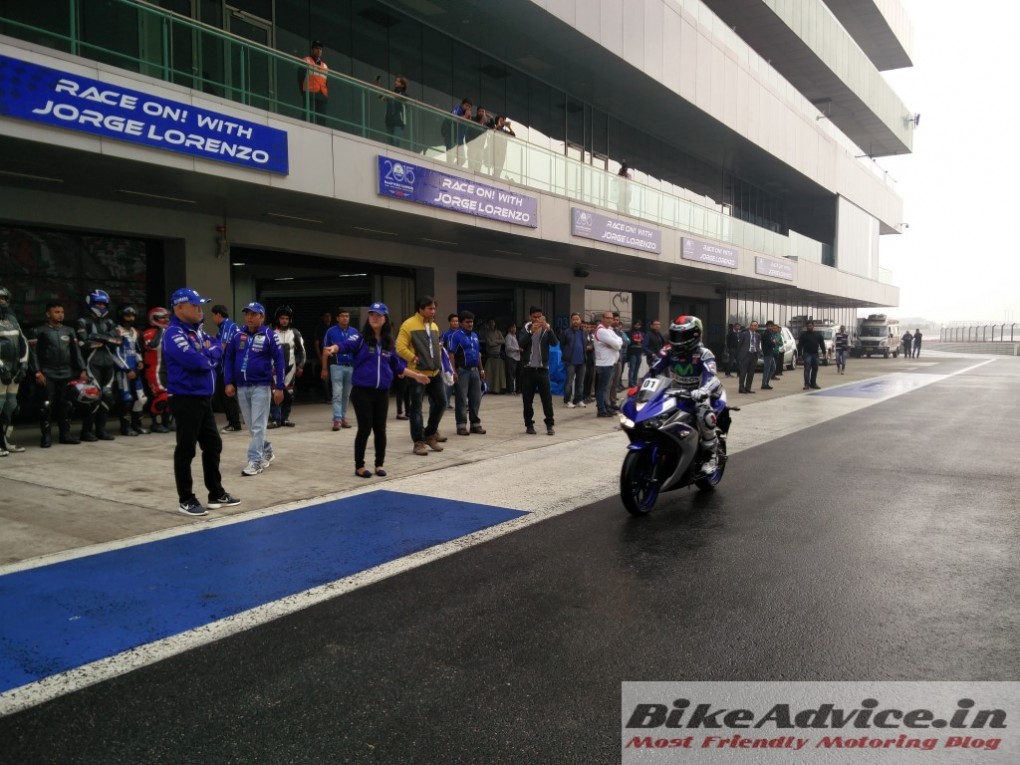 “I have no problem with Rossi. If he wants to come and talk to me, I will willingly talk to him. It is on him.”

Jorge Lorenzo is a three time World MotoGP Champion and Yamaha has also hosted Valentino Rossi earlier during the 2010 Auto Expo. We rode the R3 at this very circuit during its launch and were mighty impressed by what was on offer. You can read our first ride review to know our initial impressions. Here is a quick pic gallery from the event…