‘Vespa’, the Italian brand of scooters are a name than many Indian household can never even forget and remove from their mind. While it was a dream for many to own one at that point of time, the high demand coupled that a slightly higher price badge made it a dream which never came true for many Indian gentlemen. 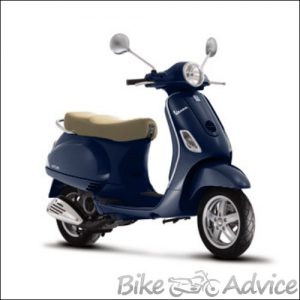 Now, as many of you know Vespa is all set to re – enter the Indian soil. Many people are really excited hearing this piece of news, which we reported a  couple  of months back or so.  The fourth largest manufacturer of scooters and  motorcycles in the entire globe, Piaggio produces a little more than 600,000 vehicles annually, with five research and development centres, more than 6,700  employees and operations in around 50 nations across the globe.

Piaggio is planning to position the Vespa in the Indian market as a ‘lifestyle, iconic, timeless and ageless product’. The first Vespa for the market will house a 125 cc engine and will foray into our market by the month of April next year.

Positioning the products as an iconinc brand, the company is trying to create an exclusive premium segment in the Indian scooter segment. In a media presentation in Milan, Mr Ravi Chopra, Chairman & Managing Director of Piaggio India, said it was important for the company to sustain Vespa’s brand image through an appropriate positioning and communication strategy. The key was to focus on its ‘heritage and unique values’. For sure, Vespa has a certain heritage value added to it.

Piaggio has a commercial vehicles’ manufacturing base which is functioning in Baramati in the state of Maharashtra. The company has plans an initial production of 1.5 lakh units annually which includes export figures too.

The ‘Vespa’ brand is mainly targeted at the customers of 35 top Indian cities through an exclusive dealer network. Taking this forward, Mr Chopra said in his presentation that Piaggio would need to expand the scooter range while identifying customised products for India. Piaggio will have to consider Honda and Suzuki as the main competitor for the gearless scooter segment. The Activa and Access are the segment leaders with the former model taking the lead in India.

However, the players cannot be ignored on the first shot. The other players, in the sense includes Hero MotoCorp with its Pleasure range of scooters targeted at the women segment and the TVS, with its Scooty range and the Wego, which is the latest from the maker. Mahindra and Mahindra has maximum range of gearless scooters which is strengthening up its position in the Indian market. Note that Yamaha is also gearing up in a fast manner, really fast.

Even though motorcycles account for a lion’s share of India’s two-wheeler production (estimated to close at 15 million units this fiscal), scooters have been growing briskly at over 20 per cent. This simply proves the potential of scooter segment in the sub – continent.

The ease of riding in earless scooters, especially within the city limit with heavy traffic signifies the need for these gearless scooters in India at a rapid pace. Lack of public transport facilities adds up to the existing woos in the market. All such difficulties pave way for the need of gearless scooters.

Piaggio has the biggest advantage of Vespa’s decades – long association with the country as an obvious recall advantage which could help it get off to a quick start. However, the company will have to understand the fact that today’s customers are a lot younger than what the company saw decades back and that they are more familiar with our native brands and Japanese brands in the when it comes to the two – wheeler segment.

The previous entry of Vespa was not dealt directly by Piaggio, but by Lohia Motors Limited (LML). The alliance between these two players ended in the late 90s due to a steep decrease in the demand of Vespa range of scooters.

It has to be mentioned here that Scooters are going to be the critical component of Piaggio’s strategy for the Asia – Pacific region where the demand is considerably huge compared with other markets. The company plans to foray into eight new markets in a time span of less than three years. While Vietnam, Thailand, Malaysia, Korea, Indonesia and Taiwan are already part of the future roadmap, Cambodia and the Philippines will join the list by the year 2014.

Production of bikes in Asia-Pacific is expected to be in the range of 19 Mn units over the next three years from the present production level of 16.5 Mn units. This accounts for an additional production of another 2.5 Mn units. Vietnam is expected to be the key hub for Piaggio which means components will be shipped out from here to other parts of the region where it will mark its presence in the near future.

Now, considering all the existing products in this segment and the present market scenario, will the Vespa’s re – entry be strategically important for the company? The best way to judge this is to ‘Wait and Watch’.

Get yourself involved in the topic. Leave your thoughts, in the form of words below.