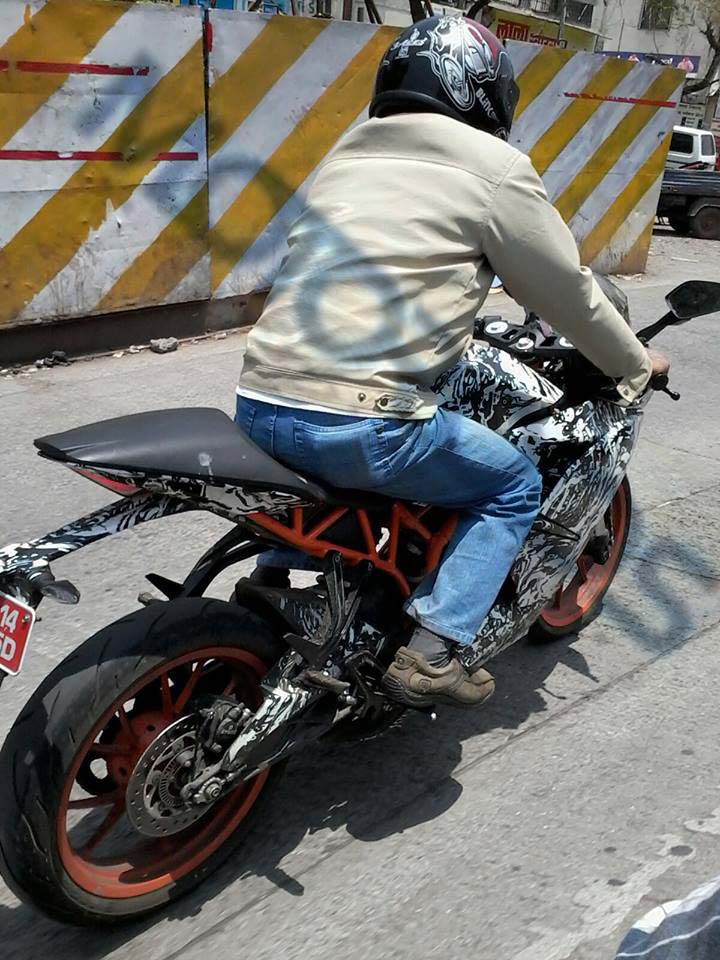 Yes, the KTM RC series is among the most awaited motorcycles to be released in India. KTM Bajaj have been testing the motorcycles extensively with test mules running all across Pune and other cities. Adding to that list is another spotting coming from a reader of Motoroids.com. 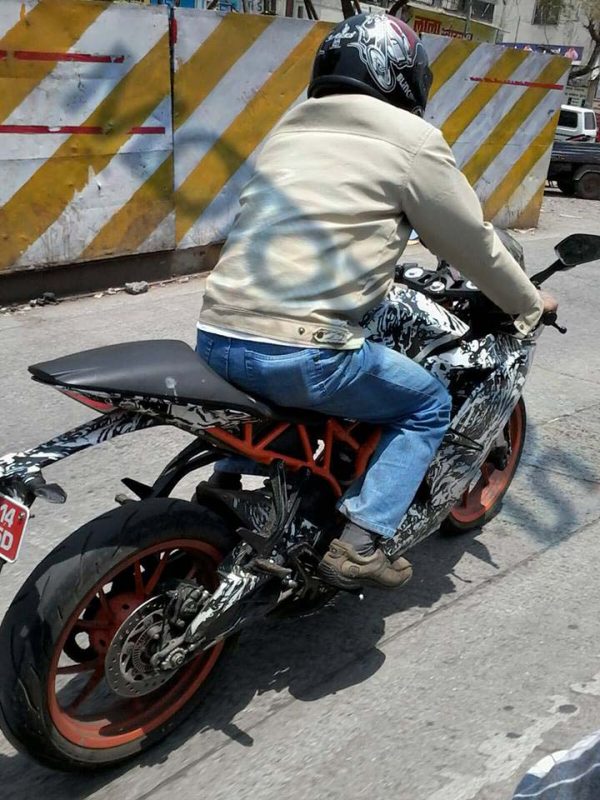 Having ridden the Duke 390 we know that the RC390 will be fast and a powerful raging monster, thanks to its Moto3 genes. The motorcycle will get upside down forks at the front. The tiny exhaust ending with the fairing in the underbelly region will add to the downforce and also make the body more streamlined, reducing its air resistance. A sporty seating position can be seen with the rider bending down to reach out to the handlebars.

The 373.2cc liquid cooled, fuel injected motor has been sourced from the Duke 390. All this part sharing and local manufacturing will also help KTM in keeping the price very competitive, something which the Kawasaki has always missed in India.

The bike will be very lightweight, and even with the additional weight of the fairing it is not expected to tip the scale more than 150kg. And that will give the motorcycle a mind blowing power to weight ratio, something which has been the most-loved aspect of the KTMs till now. We can expect the super sticky Metzeler tires to make way to the RCs as well. Add to that the ABS (which can be disengaged), and we will get an incredibly fast and safe motorcycle. 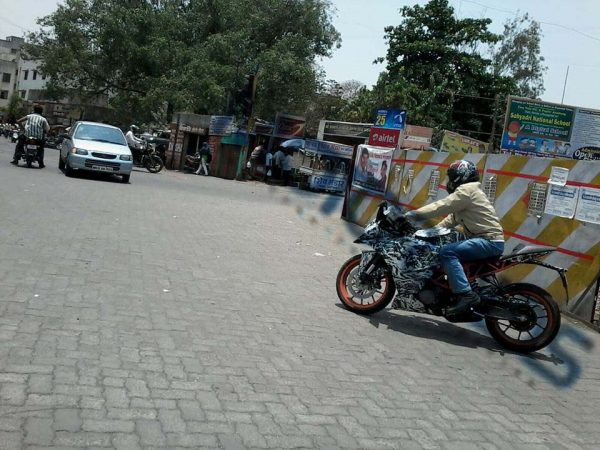 The orange coloured steel trellis frame, which it shares with the Duke 390, albeit with a few changes, is a delight to look at. We did not like the front headlamps during the early days but since the time we have seen the wicked DRLs in action, we have become fans, and they will be projectors…

All said and done, the RC390 and RC200 will surely take the market by a storm, much like how their naked siblings did. If KTM can price the RC390 anywhere less than Rs 2.5lacs, we guess, its another bombshell in the making! And yes, the launch is just around the corner!