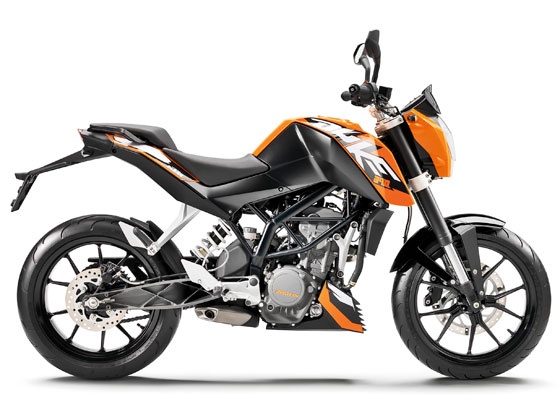 Most of this year, there was news all over in the media about the KTM 200 and before this fever died out, there has been more revelation from the company. Earlier, during a dealer conference of KTM in the US, there were some weak speculations about a bigger displacement, namely 350cc KTM bike. And yes, this is indeed true, although its not a 350cc but a 375cc! Expected to be named as 390 Duke (following KTM’s naming style of its bikes), it will be sharing its engine with Indian Bajaj Auto as well. Bajaj Auto has also made vague statements from time to time about a bigger cc motorcycle in the works without divulging many details. Well, now we know for sure what they are up to.

The 375cc, dual overhead camshaft, liquid cooled, fuel injected engine will be supposedly producing 45 PS of raw power and will weigh close to 150 kgs. Not much performance details have been revealed , I expect more details to come out when the bike is featured in the upcoming EICMA Milan Motorcycle show in November. But, for the time being if we assume the bike will produce close to 45 PS of power and weigh 150kgs, which makes it to have a power-to-weight ratio of 300 PS/ton! Just take a minute and comprehend the acceleration performance this motor will have. If KTM can pull this, am sure this will make the 390 Duke one of the “mid-range rockets” in the motorcycling industry.

As with the KTM Duke 200 and the Duke 125, the Duke 390 will also be assembled in India at Bajaj Auto’s Chakan factory and exported all over the world. India will also witness the launch of this bike with an expected price tag between 1.8 to 2.5 lakhs. The segment of performance motorcycling in India is rapidly changing. The Japanese biggies ought to keep up with it and rumors are that Honda, Yamaha and Kawasaki are in fact preparing their own similar bigger displacement motorcycles for the Indian market. Time will only tell who will eventually win but till then let us enjoy all these machines! 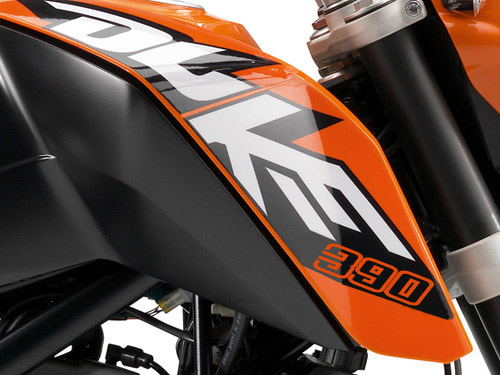