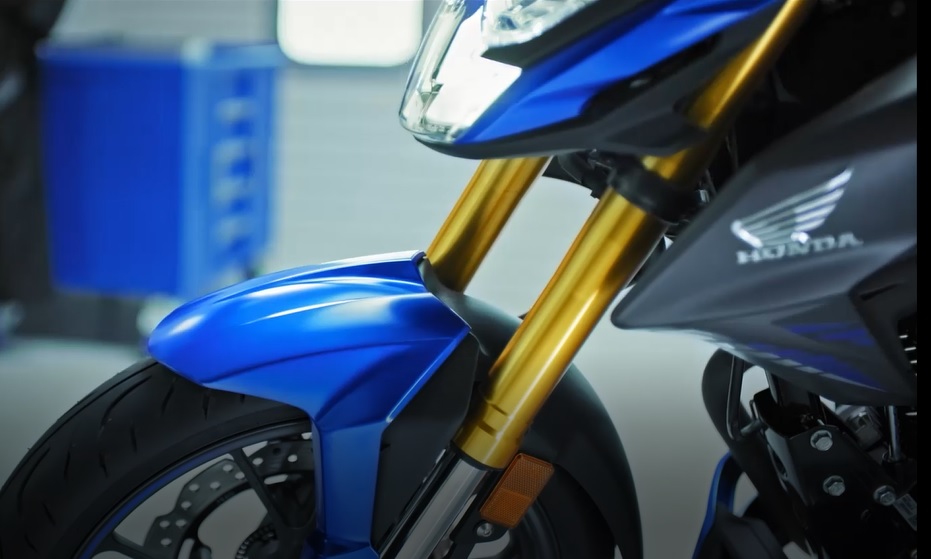 In all probability it will be the rumored bigger Hornet. We discuss the firsthand details through Hornet 200R pics taken from the teaser video…

Honda is trying to build on the hype of its upcoming 27th August event. After sending a Block your date mailer yesterday, the company has released a teaser confirming three things

As it has been in the rumors for the last few weeks, this appears to be the upcoming Hornet 200R with golden colored upside down front forks. Through the USDs, it also gets cleared that this may either take the shape of the Chinese-spec CBF 190R or there may be few resemblances in styling.

The headlamp looks similar to the current Hornet 160R with twin LEDs. There are large tank extensions to lend the motorcycle a sporty look. The signature color – dualtone blue with grey, also looks beautiful.

Along with the teaser mailer, Honda has also shared a quick video which reveals the full digital instrument cluster of the motorcycle which has the tacho redlining at slightly over 9000 rpm, gear indicator, ABS light and other similar stuff.

The outer shell of the engine (crankcase cover) is different from the X-Blade BS6 which suggests that this would be a different engine than the 160cc motor which it (X-Blade) shares with the new Unicorn 160.

Honda has used the tagline ‘Fly Against the Wind‘ and the promo video has been shot at a race track. This suggests that we are looking at a performance motorcycle and it should be at least 200cc. We will not mind if it is bigger 🙂

Remember, the launch date is 27th August but before that we hope to see the motorcycle in leaked spy pics…