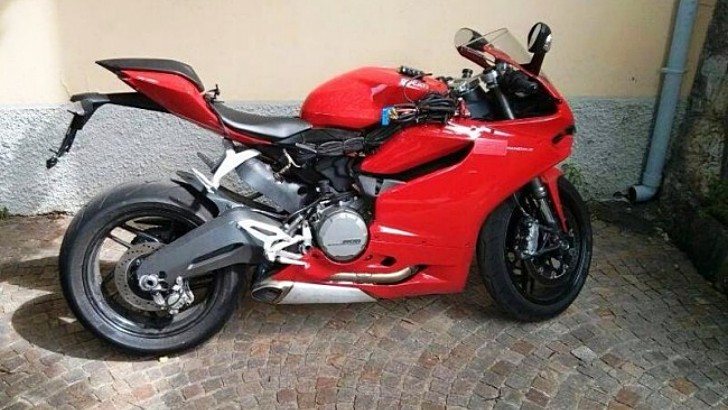 A smaller version of Ducati’s 1199 Panigale Super-Sports bike is in the offing. AutoCar India suggests that this new motorcycle will replace the Ducati 848 series of motorcycles. 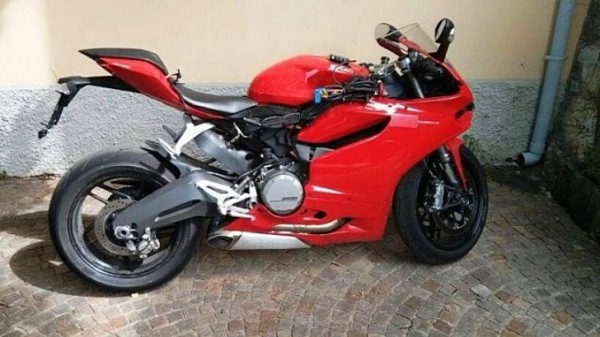 The EICMA Motor Show is just a couple of months away. As visible, this rumored 899 Panigale was spied somewhere in Italy and is pictured at motociclismo.it. The spy photo clearly shows a web of wires strapped on to the right side of the bike’s tank, possibly to collect data from the testing phase.

The bike could essentially be a smaller-capacity variant of the flagship brand of Ducati, the 1199 Panigale. The motorcycle could be powered by Ducati’s new mill based on the SuperQuadro platform. It is an all-new, four-stroke V-Twin engine that will sweep a volume of 899 cc. It is rumored that this new engine of Ducati could generate a peak power in the region of 150 bhp. 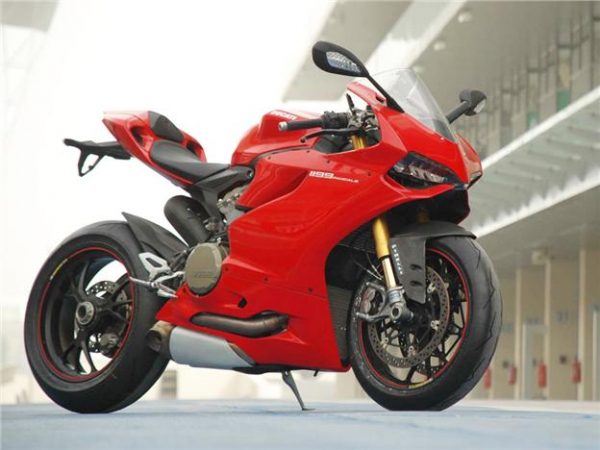 *Here is the original 1199 Panigale

Since it will be based on the 1199 Panigale, expect the bigger sibling to hand down some of its attributes to the smaller machine. Here’s what could be shared :

However, it will be positioned below the 1199 Panigale. Therefore, some components will be relatively inferior. It might get a lower-spec Suspension setup, as well as a dual-sided swingarm as compared to the superior one used on the 1199 Panigale.

The 899 Panigale is expected to be unveiled shortly in international markets. We Indians could be treated to this Italian beauty soon, thereafter.