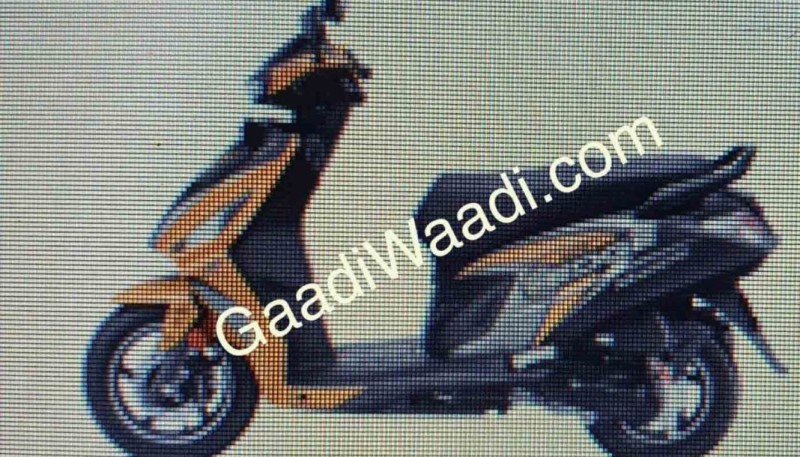 We have a glimpse of the upcoming 2022 Maestro Edge from Hero Motocorp. A picture of the company’s commuter has leaked that is expected to be launched in the coming months.

While the picture is unclear, it appears that there is a new face/headlamp along with sportier decals.

The body design looks kind of chiseled as compared to the current variant of Maestro Edge. This scooter may release around the festive season this year.

The leaked picture of the upcoming Hero Maestro reveals that it will continue to use black alloy wheels, telescopic hydraulic shock absorbers at the front, and spring-balanced hydraulic damper at the rear end.

While the singular leaked pic of the scooter reveals yellow and grey color paint, we think Hero may introduce other color combinations to rival the Ntorq which already has a number of variants with cool sporty aesthetics.

The 125cc model of Hero Maestro also had another spin-off dubbed as the Maestro 125 Stealth Edition. With Honda’s complete dominance in the 110cc scooter segment, makers are trying to find space in the relatively less competitive 125cc (scooter) segment.