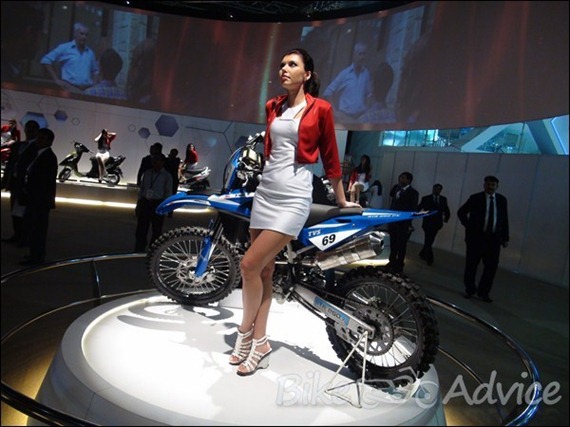 The Indian two–wheeler market is the right proof for Darwin’s theory of ’Survival Of The Fittest’. While every single company is eyeing for the top slot, the slow movers are forced to stay away from this competition as the customers tend to support these top contestants to a very greater extent. 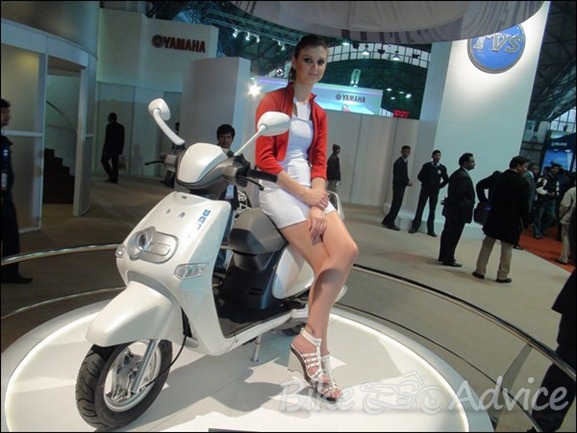 It is not only the Honda and Bajaj that are giving a tough fight to other manufacturers in this competition. TVS Motors is also creeping in slowly with its set of newly framed strategies. On one side you find the company getting geared up to tie up with the German giant – BMW Motorrad to come up with whole new basket of technologies and advancement. On the other the company is concentrating on more fuel efficient engines predicting the future of these cleaner technologies.

TVS Motors has also decided to come up with more products in the market, besides upgrading its existing portfolio. TVS Motors has allotted a budget o0f close to 400 crores of INR for this cause. This is seriously a mind boggling figure considering the stiff competitio0n it faces from the Japanese giants.

It is also reported that TVS is currently working on two whole new concepts built right from ground zero that would be the trump cards for the company in the coming future. It is expected that these two models (which we’ve no idea as of now whether they are scoots or bikes) will incorporate the latest technology in terms of coming up with a greener and a cleaner environment. 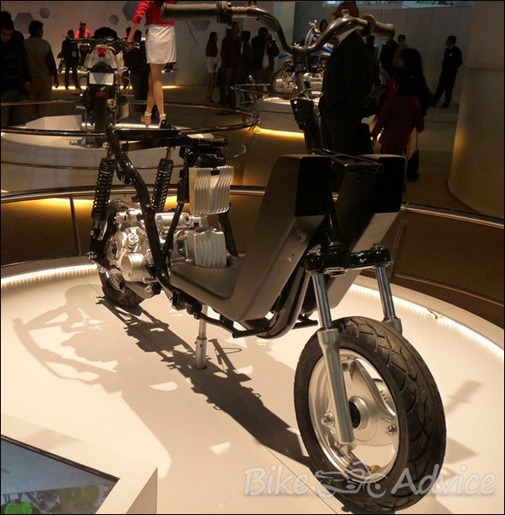 The highlight of this post is the fact that TVS Motors is forecasting around six new launches in the years to come. This will also include bikes in the quarter litre segment which will make use of BMW’s aid in building engines for TVS bikes. While the Quarter litre segment is literally heating up, this year should just be ideal for the company to step in into this segment. However these bikes are only expected to hit the roads by 2014-15.

Commenting on this, Mr. Vinay Harne, President, NPI, TVS Motor Company said, “Currently we produce only up to 180 cc and below; we will be entering the bigger bikes segment. There is a trend of moving towards bigger bikes; while the numbers are small, the growth is quite high.”

Right now the Apache RTR 180 is the highest displacement bike that the company offers for its Indian customers. This was in fact the first Indian bike to come up with ABS (Anti – Lock Braking System) installed.

The Economic Times has reported: While the company is mum on the exact engine configurations, one engine family will be used across the existing product range; and another will go beyond 200 cc and perhaps even beyond 250 cc. When questioned on a specific engine category of 250 cc, Harne said: “Yeah sure that range and then bigger ones.”

The new breed of engines that is in the conceptual stage is expected to be environment friendly by controlling the Green-House emissions by as much as 20 percent. This reduction in emission will also consistently aid in delivering better fuel efficiency to the bike. It is also believed that TVS has worked closely with international players like AVL and Ricardo to develop these new engines.

In the meanwhile, TVS has also been working on Continuous Auto – Transmission that would enable TVS bikes to be ideal for city commutes.  By September of this year, the trial runs for these bikes should begin. Let’s wait to see what this South Indian giant is up to.

Another interesting piece of info that is worth sharing here at this point of time is that TVS is seriously considering the launch of its hybrid scooter – ‘Qube’ that was the show–stopper in Delhi Auto Expo earlier this year. The company is considering all possible measures to get this model production ready. The pricing of this model is expected to be in the band of 55 to 60 thousand rupees. Though it is priced at a premium, it is expected to be a unique player in the market considering its performance. The only issue being that the company should be able to develop a niche market exclusively in the hybrid scooter segment.

Mr. Harne added, “We have done a lot of things to reduce costs- effective material, reduced weight, adopted a low-cost manufacturing process, and the whole controller is locally developed.”

Let’s not get into things that are really far from us. Guess what the plan is for this year. Two whole new bikes and one scoot is what TVS Motors has got for its loyal set of fans. However, we’re not aware of the displacement and the segment that these models would fit into.

In the Financial year of 2012, TVS Motors’ share in the two–wheeler market had seen a major dip with a numerical figure of 14 per cent. But seeing the way TVS Motors is all set to progress in the next couple of years’ time, it is sure that the company will see great heights in terms of sales and performance.