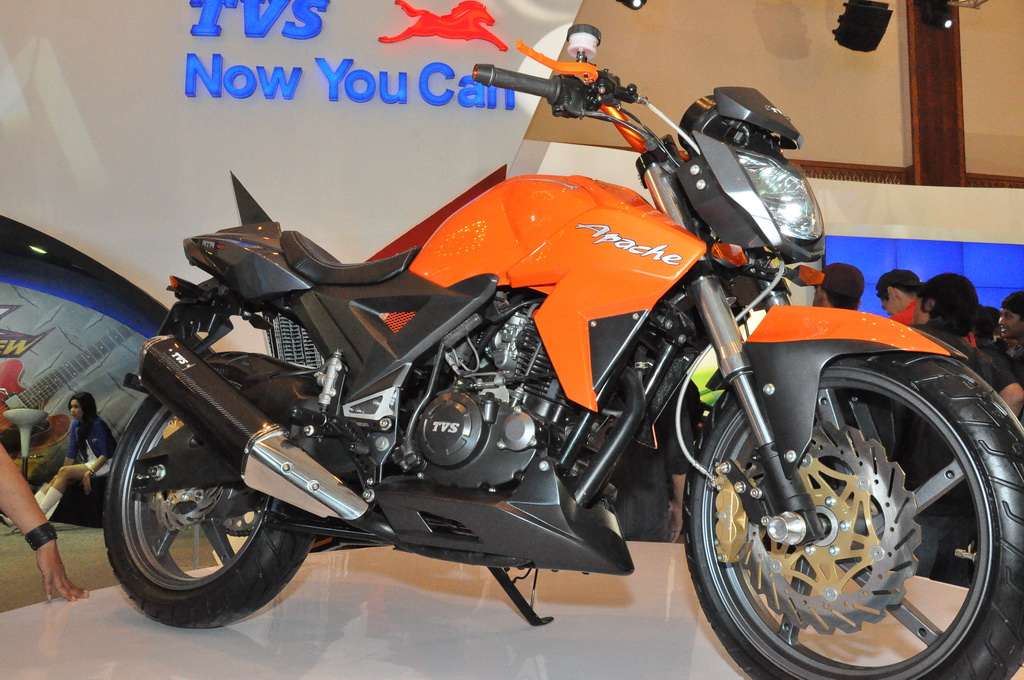 TVS Motors is the only manufacturer in the top four which has refrained itself from venturing into the higher capacity sports motorcycle market. Their flagship product, at the moment is the Apache 180. Back in June this year TVS Indonesia’s President had mentioned about a possible 200 cc Apache and this time round it has been confirmed that the bike will be launched within the next five-six months!

As per a report on Business Standard, Mr Venu Srinivasan, Chairman TVS Motor, said that by January 2016 the company will have three new product launches. This will include…

The Victor branded motorcycles will help the company strengthen their presence in the entry commuter segment and we believe it will be a 125 cc model to start with.

There were various speculations on what would be the cubic capacity of the bigger Apache and it appears, after this report, TVS will keep it limited to 200 cc to play against the various Pulsars that are hogging all the limelight till now.

The Apaches, despite being old, have still managed to keep the interest intact and a new, 200 cc bigger Apache is surely a move in the right direction.

This also takes us to the recent spyshots that emerged a few weeks back where a test mule resembling the Velocity concept was spotted (pictured on this page). Apart from this, TVS also has a series of motorcycles being developed jointly in collaboration with BMW (first of which is codenamed as K03) which, we now believe, may launch early next year.