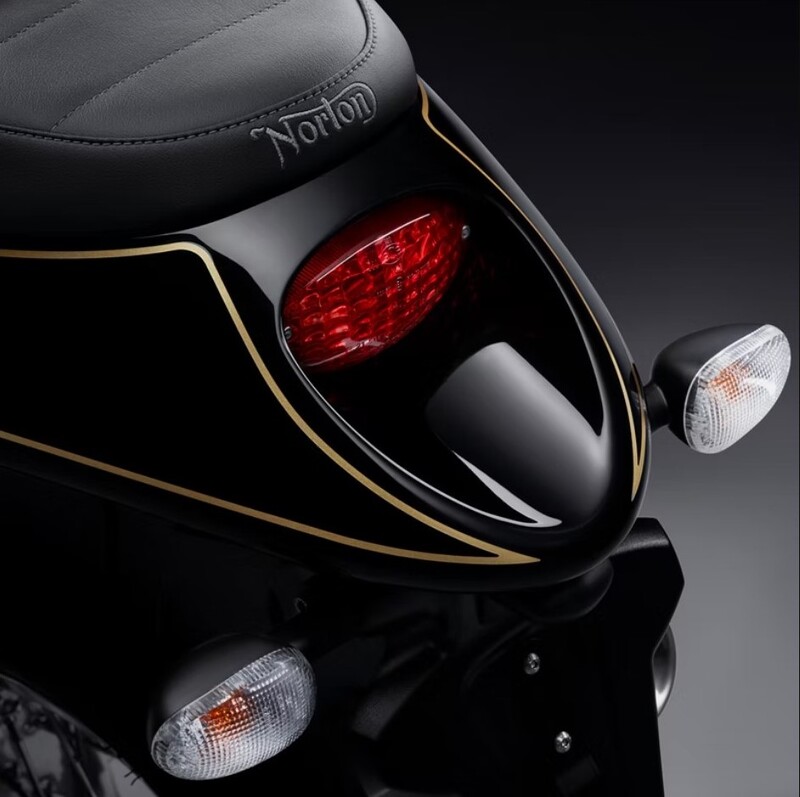 TVS Motor subsidiary – Norton Motorcycles – have released a new set of teaser images that shows the revival of their popular – ‘Commando 961’ – from the yesteryears.

The 3 new teaser pictures uploaded by the company on their official website show the motorcycle from the top-down perspective, the rear section with the tail-light and front-on look of the bike with one of their technicians working on it.

There is a high probability that Norton have brought numerous aesthetic upgrades and some minute performance changes to the revived Commando 961.

During its period of glory, the Commando 961 used to be powered by a 961 cc parallel-twin engine which produced 80 HP and 88 Nm of torque. During its time, it was transmitting its power through a 5-speed gearbox.

So it is quite clear from these numbers that the Commando 961 must have been one of the most desirable machines with decent performance in its era. Now, Norton must have put in a new engine designed and developed in the present era, which we expect will make its way to other new upcoming models as well.

Norton have started taking pre-bookings for the said motorcycle, but it is only meant for the European market. Norton is unlikely to come to India anytime soon even though it is owned by TVS Motor Company