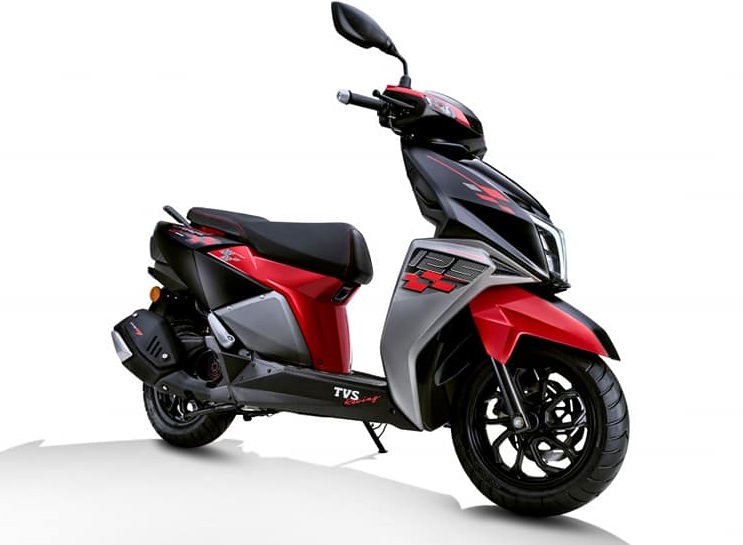 TVS has taken its new Ntorq Race Edition to our neighbouring Nepal and Sri Lanka. TVS operates with its distributor partner Jagdamba Motors in Nepal.

The Race Edition of the scooter gets distinct LED DRLs, LED headlamps, hazard lights (with a red hazard switch) and Race emblem which differentiate it from the regular version which is also on sale in both the countries.

In addition, the Race Edition also gets a sporty colour theme which is a mix of matte black, metallic black and metallic red colours.

Mr Sahil Agarwal of Jagdamba Motors said that Ntorq has turned around the Nepalese scooter market and the new Race Edition is expected to further help the momentum. Mr Ravi Liyanage, CEO of TVS Lanka also said that the Ntorq has become a favourite among the Gen Z and the Race Edition will up the quotient further.

Since its launch, TVS NTORQ 125 has become a darling of its Gen Z customers in Nepal. Apart from its striking appearance and the TVS SmartXonnect feature, it is the performance which has been the hallmark of the TVS NTORQ 125 experience. The scooter is built on a rich pedigree of 37 years of TVS Racing and the Race Edition is launched to celebrate the same. Today over 4 lakh youthful consumers across the globe are proud NTORQians and with this launch we are confident of growing this tribe from strength to strength.

We were very impressed when we tested the scoot few months back. You can read our detailed review here.