TVS – the name that was absent from the list of manufacturers and innovators for a long time has finally decided to make its mark in Srilanka. TVS has launched Jive in Srilanka. The company has noted a need for clutch free driving in lanka and thus decided to launch its TVS Jive 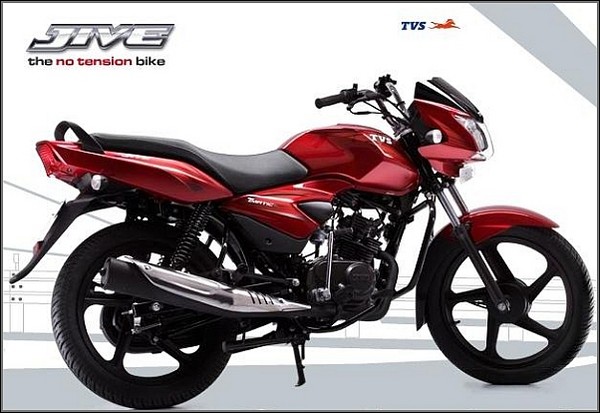 The new bike sports a 110cc engine with innovative features like T-Matic technology and rotary gear with auto clutch technology that makes it easy for anyone with a sense of balance to drive on. The bike also sports unique features like anti-knock mechanism which makes smoother riding possible at low speeds. This anti-knock mechanism allows the ride to ride at low speeds even at higher gears making it one of a kind technology.

Speaking of features, Jive also has got a feature called downward rotary gear wherein the rider can shift to neutral straight from the top gear. Also a large under seat space to store your important documents makes this bike one a kind commuter. TVS thought that more and more people would prefer a motorcycle with no hassles to shift gears and thus they decided to launch this bike in Srilanka. They unveiled this bike recently at a launch ceremony in Colombo and they are positive about it. Let’s see if TVS has got something to offer to Indian soil.