Here is the much awaited news for all Apache fans. Finally TVS has launched ABS (Anti-lock Braking System) in one of its premium motorcycles TVS Apache RTR 180. We at Bike Advice have already rolled out a post a couple of days back regarding TVS bringing this bike to the stands anytime soon and here is TVS with their Apache RTR 180 ABS motorcycle. This happens to be first bike in India that will have ABS technology. ABS technology will equip the bike with a great stopping power and superior braking control that perfectly compliments Apache’s high performance capability. 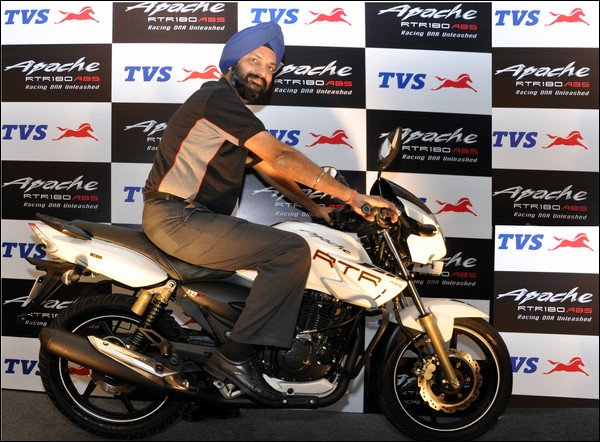 Anti-Lock Braking technology (ABS) will help people to now enjoy the capabilities of their Apache’s with a superior level of safety and assurance. Previously this kind of technology was not available in India and thus the inherent capabilities of the bikes always remained unexplored but now with the introduction of ABS people can and will explore high speeds and various other features.

The all new TVS Apache RTR 180 ABS can also make its presence felt at the race track because of features like late braking, faster exits and incredible stability. This technology is more common for passenger cars but it is something that is new to Indian two wheeler industry and will make the riding experience safer and better. 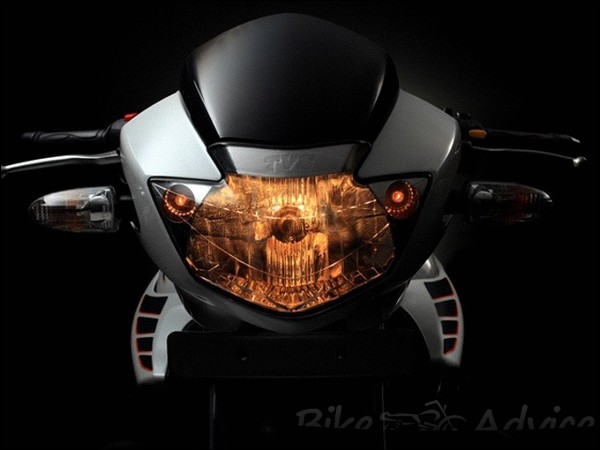 ABS technology works fine as far as detecting and preventing panic situations is concerned. The technology actually integrates HECU (Hydraulic Electronic Control Unit) and Independent Wheel Speed Sensors that can tactfully determine the time frame of wheel getting locked. At the time of wheel getting locked, HECU takes over the control modulates the brake pressure continuously to keep the bike in the most effective braking zone, thus ensuring precise maneuvers.

In simple terms, the sensors located in the front and rear wheels are continuously engaged in monitoring the speed and rotations of the wheels and can detect the risk of getting the wheel locked whenever the brakes are applied. If sensors detect any wheel lock, the HECU unit starts modulating the braking pressure thereby preventing the wheel lock; this eliminates the risk of rider losing control of his Apache RTR 180 ABS. Moreover, the process of self check and monitoring begins as soon as you start your Apache RTR 180 ABS. There is an LED on the console that blinks when the self check begins and the sensors continuously send motion statistics to HECU unit, thus reducing any chance of statistics going wrong.

TVS was really very happy with the launch and Mr. H.S.Goindi (President, Marketing) said that the company has been working for more than a year with their technology partner, Continental. He further said that the company is very happy to turn this concept of ABS in to a reality. At last he said that ABS technology prevents skidding and assists effective braking, especially in wet and muddy road conditions while providing for sharper and shorter cornering. Apache RTR 180 ABS also sports all new 3 phase full DC lighting system and an energy management system which according to TVS will enhance the thrill of biking. The bike is priced at 78,880 INR (Ex- Showroom, Delhi) and comes in spectacular white color with orange decals and you can immediately select the bike at any TVS dealership. 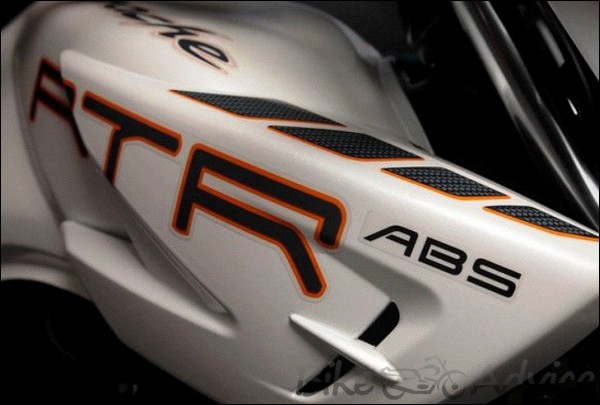 Mr. Murali Srinivasan (GM, Chassis and Safety Division, Continental) said that with this ABS technology the company has further managed to strengthen its presence in Indian motorcycle market. He also said that Continental has further strengthened to become one of the leading International suppliers in the Indian Automotive Industry. He further said that ABS works on the philosophy of “intelligent mobility and safety for everyone”. Overall, both the companies (TVS and Continental) emphasized on safety and said that ABS is launched with a view to enhance safety on roads. All in all, the concept looks good. Let us see how far will this launch from TVS is received by people.