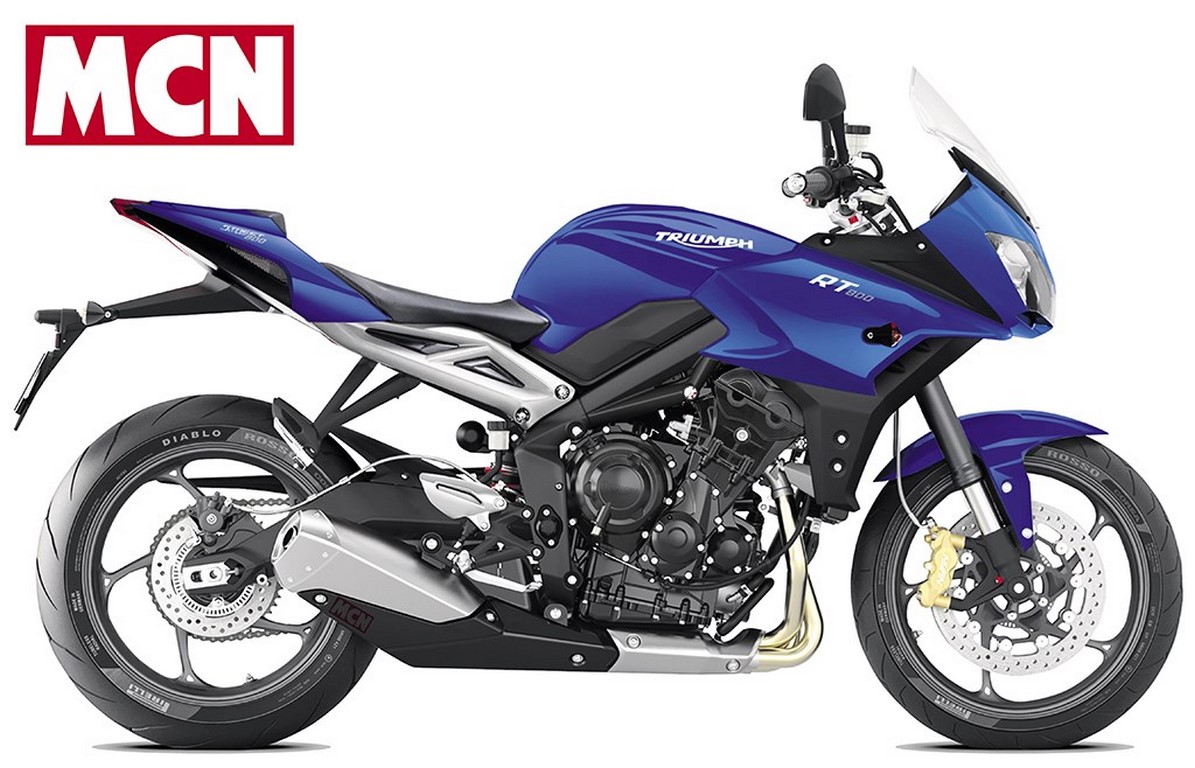 Triumph is reportedly working on a newer Street Triple range which may house a bigger engine, replacing the existing three pot 675 cc mill. Folks at MotorcycleNews have got hold a few images revealing details of their next generation model.

Street Triple is one of the most loved models from Triumph but the thirst for power is always demanding for more. The present engine produces 105 bhp of maximum at 11,850 rpm and 68 Nm of peak torque at 9,750 rpm. However, a leaked survey conducted by Triumph revealed that there is a demand for a more powerful version.

Images also reveal the possibility of a new half faired version which to many might be the answer to the strange head lights pattern which Triumph uses in its roadsters. 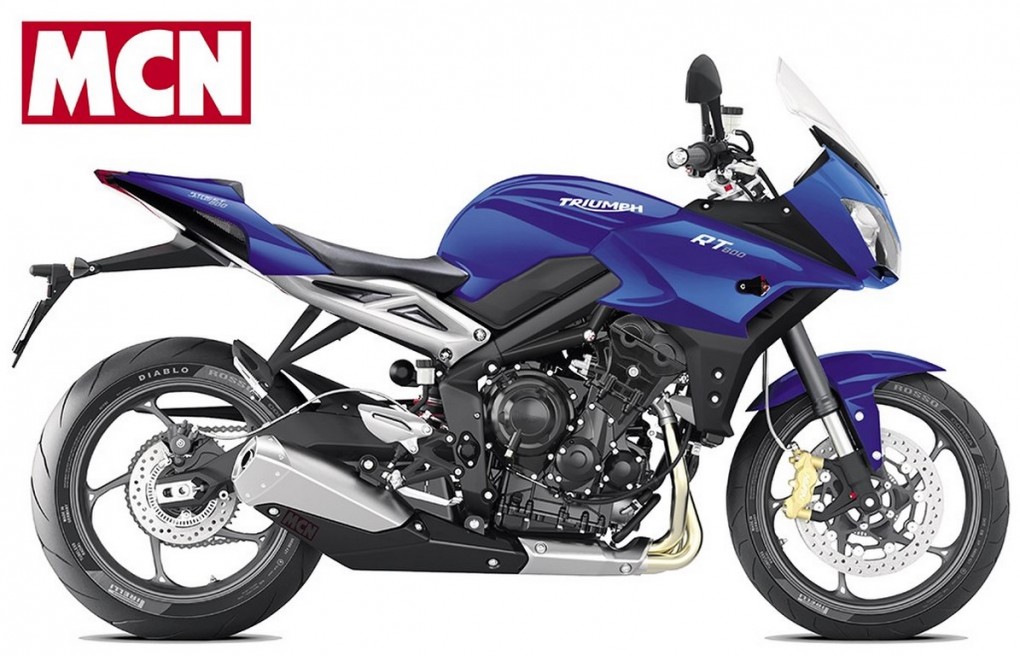 Well, Triumph does have an 800 cc mill on the new Tigers which produces 95 PS of maximum power. The company will have to re-engineer the mill to churn out more power. 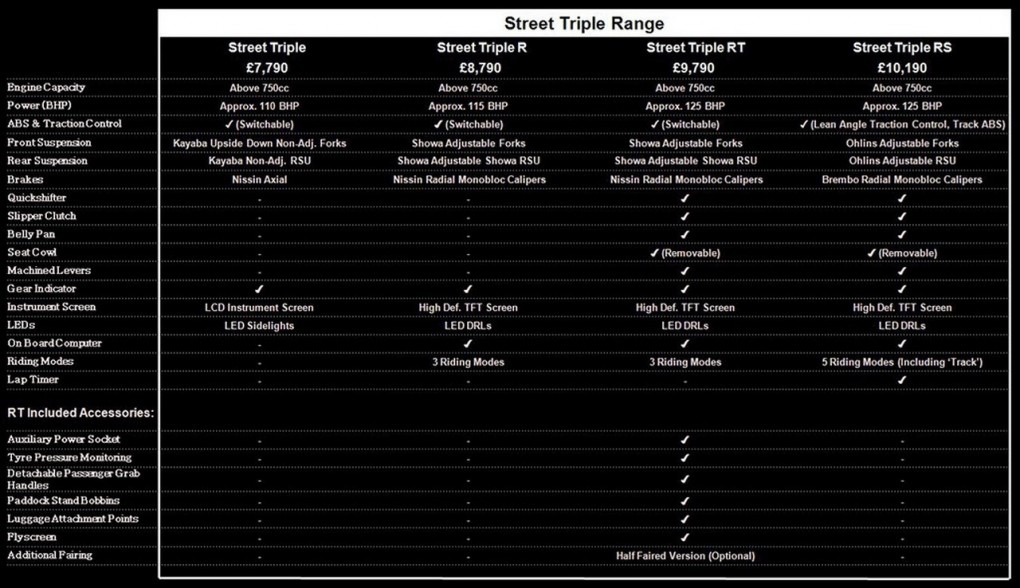 So can we expect a four model range as seen in the above survey? Here’s what might be heading our way:

Now this is where the game begins to change dramatically. 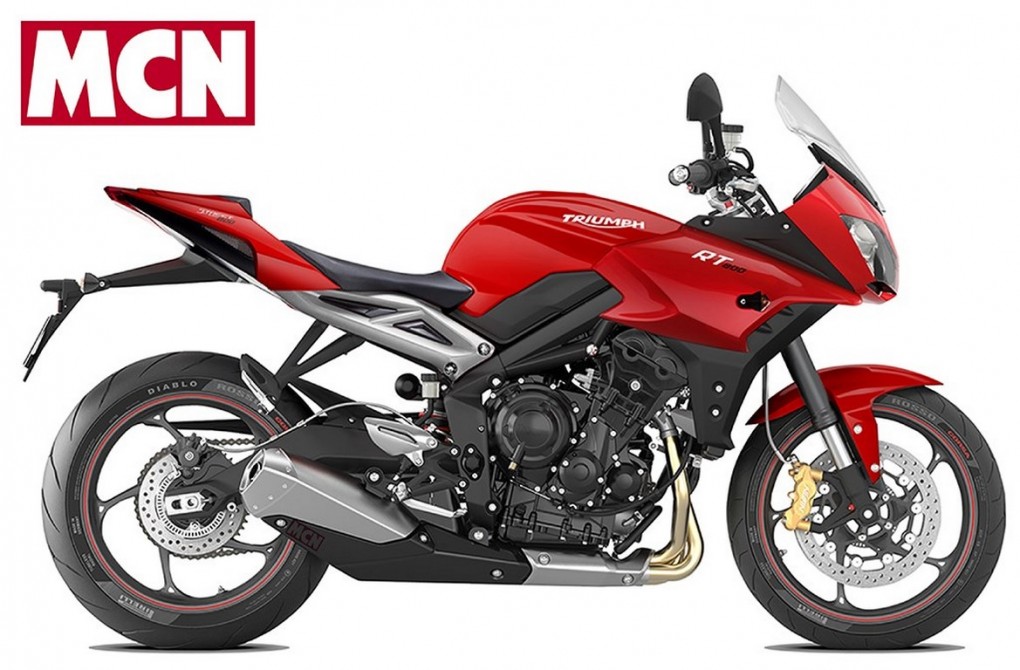 The bikes get a high definition TFT screen apart from the entry level variant which loses HD.