The hottest and the most sensational news as of now in the field of motorcycles in the one that  the iconic British brand Triumph Motorcycles has officially announced its plans to foray the India market.  I had posted a write up on the news and now it’s time for you to know more about the brand. 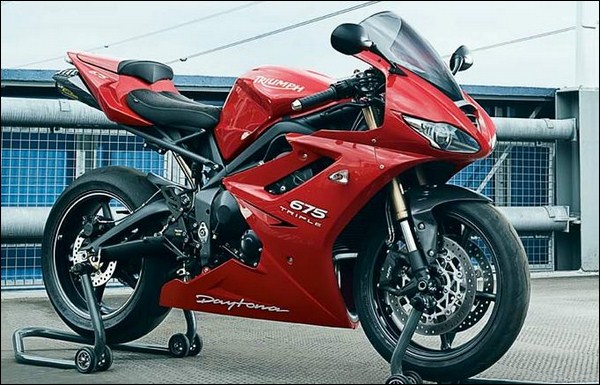 The company was established in the year 1902 and is now headquartered at Hinckley, Leicestershire. Triumph Motorcycles is the largest British-owned automotive manufacturer, producing around 50,000 bikes every year.

Triumph has employee strength of around 1200 people employed all over the world and has offices in the UK, America, France, Germany, Italy, Japan, Sweden andBenelux, plus a network of independent distributors. 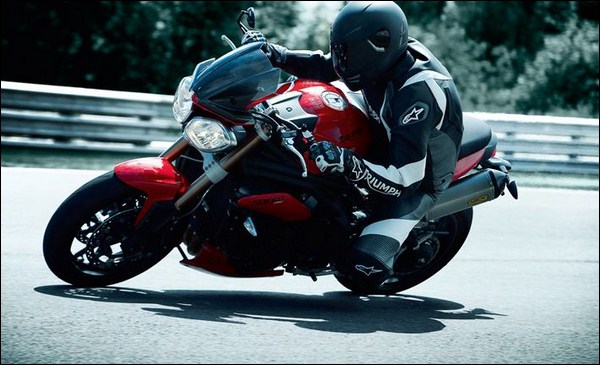 As mentioned in the previous write up, Mr. Ashish Joshi is appointed as the Managing Director for India. Mr. Ashish received his MBA from London Business School and an engineering degree from National Institute of Technology (NIT), Nagpur. He is also an alumnus of IMT Ghaziabad.

He started his career as an Engineer Trainee with Essar Steel and joined Royal Enfield in 1998.

At Royal Enfield he was involved in Sourcing, Sales, and Marketing and Product Management functions before relocating to London in 2003 to set up the business for Royal Enfield in Europe.

Until recently he was heading European operations for Royal Enfield and has hands on experience of market entry and establishment of motorcycle businesses in various countries of Europe and Asia.

Though the first Triumph was produces only in 1902, the company was actually started in 1887 itself.

Here is the Timeline of Triumph Motorcycles since its inception in 1887 to 2011.

1902: First motorised Triumph is produced.
1907: Jack Marshall and Frank Hulbert finish second and third in the first ever Isle of Man TT race on single-cylinderTriumphs.
1908: Marshall wins the single-cylinder class in second ever Isle of Man TT.
1910: Triumph invents the ‘free engine’ device, so that their machines can be started with the bike on the main-stand, rather than bump-starting.
(For all those who don’t know what is Bump Starting, just read this:
Bump starting, also known as Push starting , pop starting or crash starting is a method of starting a motor vehicle with an internal combustion engine by engaging the manual transmission through the motion of the vehicle. The technique is most commonly employed when other starting methods like kick start are unavailable. )
1914: The British Government orders the Type H for dispatch riders at the front during World War I where despite the atrocious conditions it is known affectionately as ‘The Trusty’.
1920: Type 550cc SD launched – the first Triumph to feature a chain-driven rear wheel. Meanwhile the 500cc ‘Riccy’ collects many world speed records including the flying mile with a terminal velocity of 83.91mph.
1937: Re-vamped single-cylinder Tigers launched as is the 498cc Speed Twin T100.
1940: Triumph factory destroyed during the Blitz on Coventry in November.
1942: New factory in Meriden opens.
1949: Original 6T Thunderbird launched as Triumph enters the American market in the late 1940s

1950: Triumph sold to BSA.
1954: 199cc Tiger Cub and Tiger 110 launched
1956: Johnny Allen sets a new unofficial world motorcycle speed record of 214.5mph on the Bonneville Salt Flats using a streamliner powered by a 649cc Triumph engine.
1959: Original 650cc parallel twin T120 Bonneville launched
1963: Steve McQueen attempts to leap to freedom on a 1961 TR6 in the classic film ‘The Great Escape’.
1969: Riding a Bonneville, Malcolm Uphill achieves the first ever 100mph lap of the TT course on a production machine on his way to winning the Production 750cc race.
1971: BSA group records a loss of £8.5 million.
1971-75: The three-cylinder ‘Slippery Sam’ wins the Production TT five years in succession – the only machine to win five consecutive TT races.
1973: In a Government-sponsored move, a new company – Norton-Villiers-Triumph is formed. Meriden workers begin a two-year ‘sit-in’ when they’re told Triumph production is to move to the BSA factory in Birmingham.
1983: The Meriden factory closes its doors. John Bloor purchases the intellectual rights to the Triumph name.
1984: The old Meriden factory is demolished and a housing estate built in its place – links to Triumph’s history are retained via some road names bearing the names of some of the firm’s most famous motorcycles.
1985: Research and Development for the new Hinckley Triumph era begins with a close-knit team at Unit 14, Bayton Road, Exhall, Bedworth
1987: The first of the new breed of Hinckley Triumph motors is run on a test stand – a 1200cc 4 cylinder with DOHC, liquid-cooling and four-valves per cylinder.
1988: A 10-acre site is purchased on Jacknell Road, on the Dodwells Bridge Industrial Estate in Hinckley, Leicestershire. Production equipment and tooling is ordered.

1990: The re-born Triumph Motorcycles is launched to the press on 29th June indicating their intent to appear at September’s Cologne Show with the T300 series, a six-bike range based on the ‘modular concept’ of component sharing.
1991: In Triumph Motorcycle’s first year 800 units are sold in the UK alone. Worldwide sales top 2200.
1992: The 5000th motorcycle leaves the Triumph factory in October.
Daytona 750 and 1000 models replaced by 900 and 1200 long-stroke versions of the modular motor. The 900 was identical to the Trident and Trophy, but the 1200 retained the high-compression pistons and high-lift cams of the Daytona 1000 to produce a claimed 147bhp at the crank.
Triumph Tiger also launched. All these models are launched at the annual Motorcycle Show at the NEC in Birmingham in time for the 1993 model year.
1993: The 10,000th Hinckley Triumph is produced in July. In-house paint and plating department introduced: a huge investment which ensures tight quality control.
First Hinckley Triumphs exported to Japan.
1994: First Speed Triple produced and backed by a new national one-make race series: the Triumph Speed Triple Challenge. The first round is held at Donington Park and the series attracts big names thanks to the lure of an £80K prize fund.
Triumph launches in Canada at the Toronto Bike Show.
A 40-acre site is acquired for development ready for when the time comes that production outgrows Factory 1.
At the Cologne Show, the new Thunderbird is launched with many modifications made within the limits of modular production.
The Daytona 900 Super III launched featuring some Cosworth parts and a high-compression motor.

1995: Triumph re-enters the US market.
Workforce is now 300 and production up to 12,000 units a year.
New line of clothing and accessories called Triple Connection launched.
1996: A black Thunderbird is the 30,000th Triumph made and is delivered to Australia.
1997: T500 series launched, including the updated T509 Speed Triple and the all-new T595 Daytona. Both are the first large capacity mass-produced motorcycles to feature fuel-injection. More than 900 pre-orders for the T595 are received.
Production passes the 50,000 mark for 35 countries around the world.
More than 11,000 fans have toured the Hinckley factory since the tours began in 1991.
Nick Sanders sets a new world record for circumnavigating the globe by motorcycle. He rides a Daytona 900 and takes 31 days, 21 hours to complete the 18,000 miles.
1999: In October 1996, Triumph began work on a new sports-tourer – the Sprint ST – which is finally released in 1999, beating even Honda’s evergreen VFR800 in magazine comparison tests.
Heavily-updated Tiger also launched ready for the 2000 model year.

2000: Production tops 100,000 since 1990, output now up to 125 units a day.
Launch of the new 600cc Supersport machine – the TT600. This is the first mass-produced middleweight to feature fuel-injection and the machine wins praise for both the performance of the chassis and helps in the ultimate development of future supersport models.
New 790cc Bonneville twin released in the November.
2002: Factory 1 severely damaged by fire on March 15th. The blaze completely destroys the main stores, injection moulding area, chassis and final assembly lines.
Almost six months to the day, the rebuilt factory was fully operational and at that year’s NEC show the new 4 cylinder Daytona 600 supersports bike is debuted.
2003: Bruce Anstey wins the 600cc Junior TT at a record race average of 120.36mph on a TT600. Team-mates Jim Moodie and John McGuinness help secure the team prize. Craig Jones takes a debut podium for the ValMoto Triumph team at the Donington Park round of the British Supersport Championship.
2004: Triumph releases the 2.3 litre Rocket III – the world’s largest capacity production motorcycle.
Craig Jones wins the final round of the British Supersport Championship at Donington Park for the ValMoto Triumph team. It’s the team’s first short circuit victory.
2005: Fully-updated fourth-generation 1050cc Speed Triple and second-generation Sprint ST launched.
2006: Triumph’s new supersport contender launched – the Daytona 675 Triple.
2007: New Triumph Tiger – featuring the 1050cc three-cylinder motor is introduced. Daytona 675 wins the prestigious Supertest and Masterbike awards for the first time. Critically acclaimed 675cc Street Triple is unveiled at Tridays festival and goes on to become the company’s best seller.
2008: Production now tops 50,000 units a year. Glen Richards wins the British Superpsort Championship on the MAP Embassy Triumph 675.
2009: Triumph celebrates 50 years of the Bonneville. An all-new 1600cc parallel twin Thunderbird is launched. In June, Garry McCoy rides his Daytona 675 to third place at the Supersport World Championship round at Donington Park, the first podium finish at world level for Triumph in the Hinckley era.

2010: One make race championship, the ParkinGO European Series, is introduced and features Triumph Street Triple Rs battling it out at world superbike events. New Sprint GT launched in May. 20th anniversary of the re-birth of Triumph celebrated with Triumph Live event at Mallory Park on September 18.
2011: New Tiger 800 and Tiger 800XC released to critical acclaim. 500,000th bike of the Hinckley era, a Speed Triple 1050, assembled and auctioned off for ‘Riders For Health’.