Triumph Motorcycle, the UK motorcycle maker is rumored to be the next maker to foray the highly profitable Indian market. It is also rumored that these bikes are likely to enter India in the CBU (Completely Built Units) form wherein the bike will fully assembled from some of its manufacturing plant erstwhile and would be directly sold here. 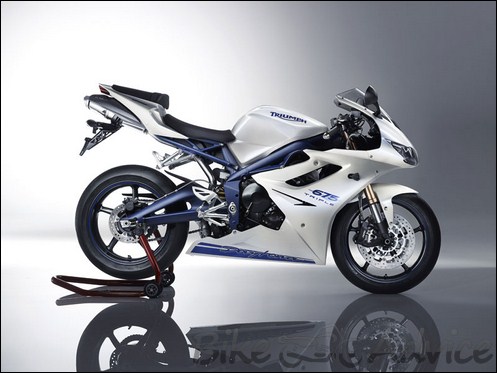 Since 1902, Triumph has been producing distinctive motorcycles celebrated for their style and engineering. Through the Fifties and Sixties, names such as Steve McQueen and Marlon Brando cemented the Triumph legend, while numerous land speed records and race track successes gave bikes like the Thunderbird, Bonneville, Tiger and Trident iconic status.

In 1991, the new Triumph Company emerged. Remaining true to the heritage, Triumph was reborn combining the very latest design and manufacturing facilities with the character and design flair that has always been associated with the famous swooping badge.

As Triumph continues to build upon the richest heritage in the motorcycle industry, modern bikes like the Speed Triple, Rocket III and Daytona 675 will stand proudly alongside their predecessors when the history books are written.

The models that are expected to hit the Indian roads are the Tiger 1050, which falls under the Adventure bike category. There is the Sprint model which is an amazing touring bike. There is also the amazing classic bike, Bonneville in the speculated list.

The following are the bikes in the speculated list for India. All the 5 models mentioned below are also considered to be the best-sellers of the iconic brand.

This reveals the fact that the company has plans to dominate the Indian motorcycle market in probably almost all segments. Worldwide, this company is at par with Harley Davidsons in few categories. Both these companies have hardcore fans and fan club bases all across the globe. The performance of these bikes is usually at par in terms of several aspects including styling, power, speed and a lot more.