It seems like India is going to become global hub of Super bike within next 10 to 20 years. After entry of Harley Davidson, BMW and Hyosung, UK based Triumph motorcycle is also planning to enter in Indian sports bike market.

Peter Huckin export sales coordinator at Triumph said “Regarding our current situation, we are considering options for how and when to enter the Indian market. We see the market as having strong potential now and especially for the future.” 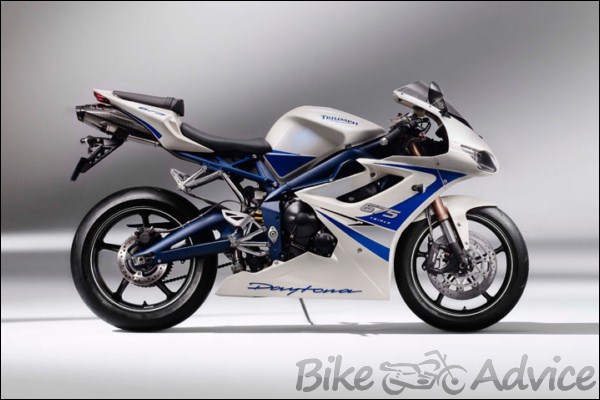 The Leicestershire based Triumph motorcycle is more than 100 year old company. It started motorcycle manufacturing in the year of 1902. Currently it produces motorcycle engine size ranging from 675cc to 2,300cc. It has some very popular brands like Thunderbird, Bonneville, Tiger, Trident and Daytona.

It has very popular model like Speed Triple, Rocket III, and Daytona 675. According to guardian newspaper of UK the company sold 45,501 units of motorcycle in the year 2009-10 ending on 30th June which is 1.5% down compare to last year 46,225 units. However the company is able to gain market share as the market for above 500cc motorcycle shrunk by 18%. It is now has 17% market share in UK ahead of four Japanese giant Honda, Yamaha, Kawasaki and Suzuki.

Peter Huckin, export sales coordinator at Triumph also said, “Triumph manufactures a variety of models under the segment of Roadsters, Supersports, Adventure, Touring, Classics and Cruisers. Its engine size ranges from 675cc to a massive 2,300cc.

It is to be noted that globally the sales of above 500cc motorcycle is fallen by almost 50% from its peak three years ago. In order to maintain and increase its market share Triumph is exploring new markets. India which is second largest two wheeler market in the world has seen sales of more than 1.3 millions two wheeler in the October month. In India the sports bike market is growing at 40% rate which is considerable enough to attract global sports bike manufacture Triumph.

Triumph may enter in India via CBU rate. The CBU (Completely Built unit) route attracts 110% import duty but it gives comfort of not establishing an assembling plant. This is major advantage for luxury motorcycle segment when the sale is not large enough to open assembly plant. Harly Davidson did the same thing. It entered in India with CBU route and later decided to set up assembly plant.